Social
/ Home / How-to / A Guide to Marketing on Twitter

With over 335 million active users monthly, Twitter is a great social network for marketers to focus on. While setting up the account may be simple, the challenge lies in building it into something that helps you grow your presence online, and possibly generate leads for your brand.

Standing out on Twitter is easier said than done, though. A lot of brands recognize the importance of Twitter as a network and are actively engaging with their consumers on the platform—but how do you cut through the noise and make sure that your potential customers find you?

Before we go deeper, it’s a good idea to understand exactly what YOU want out of the network. What is it that you’re trying to do with your Twitter account? The answer to this question will influence the rest of your Twitter marketing strategy.

You’ll have to plan your content according to the goals that you’ve set. Many brands use Twitter as a medium for offering customer support. Your users will be able to directly reach out to you on the network and you can either resolve their issues online or ask them to get in touch with you for further support. Remember, however, that you can have more than one goal. Depending on the way you want to structure your account, you could use the same profile for supporting your customers and building brand awareness, or you could even choose to create a separate account for customer support. The decision is completely yours.

But before we get into that, let’s talk about the basics.

While this might not seem like a difficult step, it’s important that you get it right before you begin marketing on the platform. Here are some things you should keep in mind when setting your profile up:

Great! Now that you’ve set up your Twitter profile, it’s time to learn how you can get the most out of the platform.

For instance, on Instagram, the focus is more on broadcasting information to your followers. To be successful on Twitter, you need to be able to actively engage with your followers—and there are many ways to do that.

Monitor conversations relevant to your brand

Because you can’t have a conversation without listening.

We’ve already spoken about how you can benefit from using a monitoring dashboard, but specifically on Twitter, it’s a good idea to keep track of keywords such as:

You may also want to track common misspellings, so you don’t miss out on any of those messages.

Monitoring is a great idea because it lets you find conversations that you might otherwise miss. For example, if someone is talking about your brand, but doesn’t tag you, there’s no way for you to jump into that conversation—unless you’re using a monitoring tool.

It’s also a good idea to track tweets from influencers in your industry. Keep an eye on what they’re saying, and you might find an opportunity to jump into a conversation and build a relationship with the influencer—which can directly lead to an increase in your visibility online.

While monitoring is a good way to find conversations to take part in, creating great tweets can help you start those conversations. Twitter only lets you use 280 characters for a tweet, but you’ll often find that you won’t even need that many.

Here are a few tips for creating great tweets:

You could also create Twitter threads—they’re basically a series of tweets by the same handle, each of which is a reply to the previous one. This is especially useful when you have a lot of information to share, and you can’t condense it into 280 characters. You can make a series of tweets in the same thread, and the information will be sequentially viewable to your followers.

Wherever possible, it’s a good idea to include media in your tweets. It’s never been more true—especially on a network that allows only 280 characters per tweet—that a picture can be worth a thousand words. It’s not just an old adage though, this study finds that people engage at a 34% higher rate for tweets with media than one with just text. Keep this mind when you make your tweets, but also ensure that you aren’t overdoing it.

While you’re making your tweets, it’s a good idea to use emojis. It can make your brand seem more friendly and human, but it’s important to do it correctly. Use them when appropriate, and don’t overdo it. For example, if you’re being appreciative, you could use the heart emoji or the clapping emoji. These are both universal symbols that everyone will understand, but for the less common emojis, be sure you’re also adding text to your tweet so there’s some context. There are tons of emojis on Twitter, and each one can be used for a different purpose, like using any of the pointing or eye emojis to emphasize a particular part of your tweet.

Hashtags are a great way to group your content with other related content on the network. A word of caution, though: studies have found that tweets without hashtags have actually outperformed ones that use hashtags, in terms of engagement. While that may be true, it’s a good idea to include a hashtag in your tweet whenever it’s relevant. Some of the things to keep in mind when using hashtags are:

Twitter polls are a great way to drive engagement for your brand. They can be used for multiple purposes—from cashing in on a popular event to involving your followers in brand decisions. For example, if you run a cafe, ask them what flavor of coffee they want to see next, and use the results to make your decision. When your followers feel like you’re listening to them, they’re going to feel a strong connection with your brand. And that is always a good thing.

You’ll be able to set your poll to end anywhere between five minutes to seven days after posting it, so make sure it’s at the right time. If you’re using the poll to coincide with an event, make sure you don’t leave the poll open till after the event stops being relevant.

Also, keep in mind that you can do more than one of the above in the same tweet. You can use a hashtag while making a poll, or use hashtags and emojis while tweeting an image. There’s no shortage of options for you to create great content.

But sometimes, just creating great content isn’t enough. A lot of people (and brands) are creating good content online, and yours might need a little bit of a push to perform its best—and that’s where Twitter Ads come in.

All you need to do is to choose the type of ad you want to run. This will take you to a campaign creation screen, where you can set your budget, and then choose whether you want to start the campaign immediately or schedule it for later. Now it’s all about following the instructions on screen; select your target audience, choose the placement, and then launch it. Done and done!

If you’re able to create great content, you’ll also be able to start conversations on the platform—and that’s a great way to build your brand presence and awareness through the network.

While creating good content is important, you might also want to organize your posting schedule to make sure you’re getting the most out of your efforts. Using a social media calendar and a scheduling tool will help you plan your tweets out well in advance, and you can ensure that your content is consistently spread out across time.

While scheduling the tweets, also make sure that you’re publishing them at the right time. There’s research that says that the average lifespan of a tweet is just 18 minutes, so it’s critical that you’re tweeting them at the perfect moment. There are different articles on the internet that all claim to have the definitive “best time to tweet,” but the truth is that there’s no such thing. The best time to tweet for your brand is when your followers are online. To that end, Zoho Social comes with the SmartQ feature, that can analyze past engagement on your content and then suggest the best times to tweet for your brand. 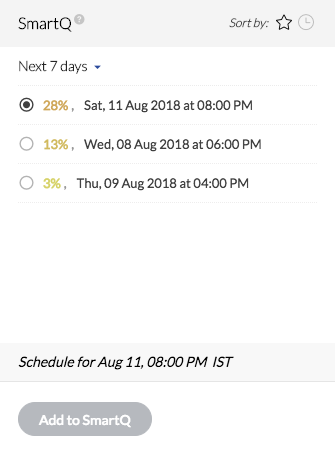 Okay, we’ve seen how you can find relevant conversations, and how you can start your own. Then comes the most important part—engaging with your audience.

We’ve already established that Twitter is a network that thrives on direct engagement, so this is the most important part of your winning strategy. Keep the following points in mind, and you should be fine:

Finally, it’s a good idea to measure how your tweets are performing. There are a few tools on the market that come with an analytics feature built-in. You can use this data to find out what’s working for you and what’s not, and then make necessary tweaks to your posting strategy.

In fact, Twitter has its own analytics tool where you can get a quick summary of your tweet’s performance and who is engaging with your brand, as well as your follower growth over time. You can also measure the performance of your ads if you’re running any.

Twitter has come a long way since its inception and has grown from a network for casual communication into a viable marketing channel. Every tweet, reply, and follower will make a difference, so it’s on you to optimize your Twitter presence to get the most out of it.

Know any tips that we missed? Leave a comment below, and we’d be happy to chat about it!