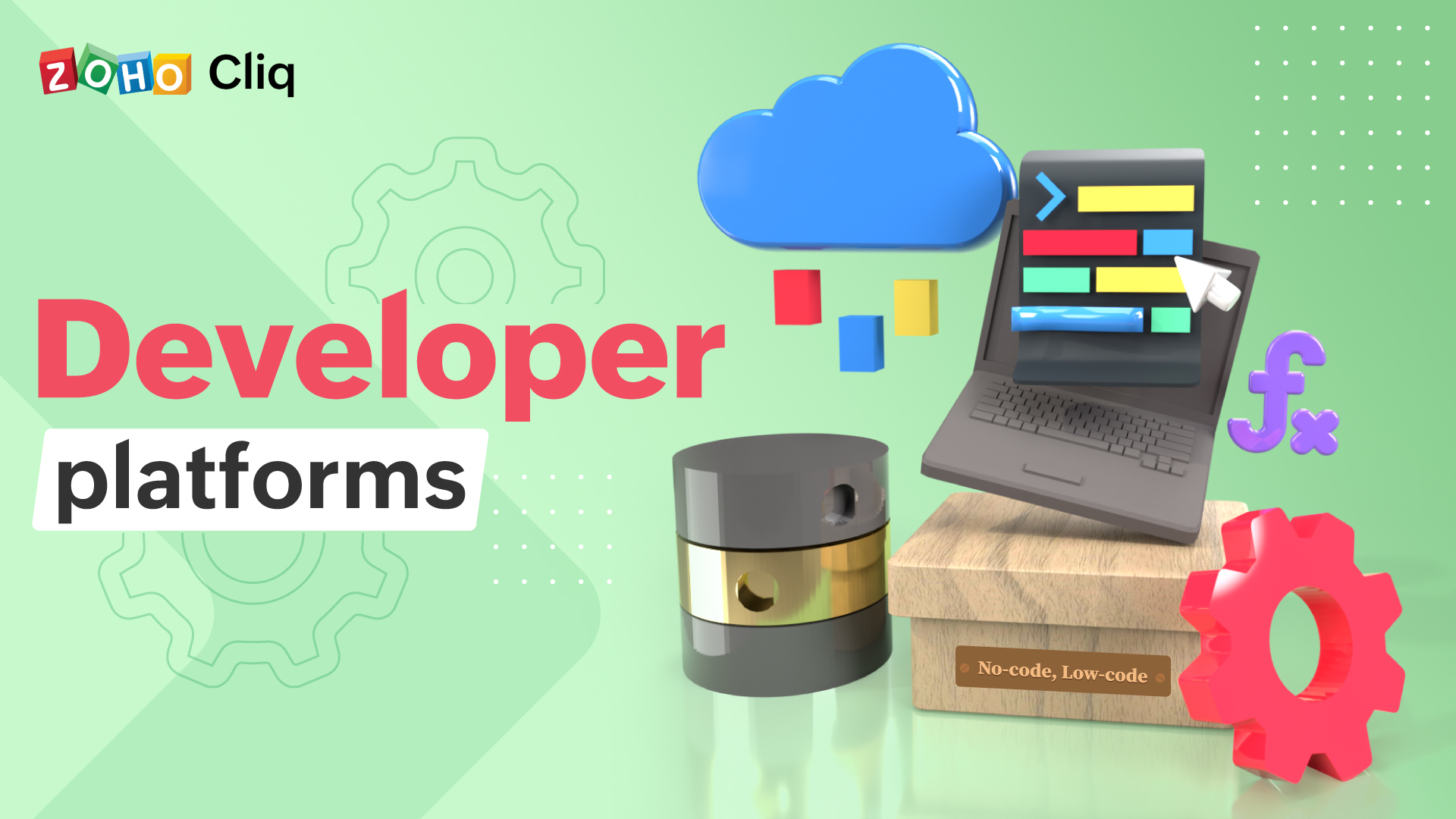 Most of us use multiple applications each day. We often stick to their basic functions, like sending messages with a messaging app or setting a reminder in a calendar. What if we could do more?

Every app has its own level of depth. The way we use them usually only scratches the surface. Of course, this can be beneficial to our needs, but we'd find that there are far more possibilities if only we explored them. One of the most valuable yet under explored elements of an app is the developer platform.

What is a developer platform?

A developer platform is a space that allows users to modify and expand the app on top of its existing structure. This way, you can customize the app to meet your needs. Just like how there are many different blocks available to personalize a LEGO set, the developer platform provides you with various tools to modify an app. Using this, you can build on top of your application like a platform.

This self-service platform provides you with the tools to tackle any hurdles you face during your workflow so that you don't have to wait for the app developers to make these changes for you.

The value of developer platforms

Developer platforms may not be a part of the basic structure while building an app, but they are a crucial part of its post-launch success. Users may find that their experience with an app becomes stale after a while. The app provider may provide constant updates, but it is practically impossible to supply users with enough quality updates for the app to be relevant to everyone always.

This is where the developer platform comes in. As the name suggests, it provides you with almost all the powers of a developer. It essentially allows you to modify the app as you see fit. This helps the app feel tailored to you instead of the same for all users. This also takes the pressure off the app developers, and they can even get new ideas from their user base that they might not have thought of otherwise.

Developer platforms add value to apps in the following ways:

Developer platforms are not just for traditional developers

Most app users are not very fluent in the programming languages themselves. In fact, according to the latest article from developer nation, only about 0.3% of the world's population consists of active software developers. So when we see the term "developer platform," many of us may shy away from it, thinking it isn't for us. But this is far from true, especially today. With low-code and no-code development alternatives, it is becoming even easier for users without any prior development knowledge to dive into the world of developer platforms. Many of the newer developer platforms, like Zoho Creator, support the much loved "drag and drop" feature, which provides a working map flow where you can literally drag and drop components into the flow itself. When everything is already set out for the user, it is easy to begin developing simple app functions.

Given the current rate of growth, we can already see more complex apps adopting the low-code approach. Instead of being built in a low-code way, they use this method for their developer platforms that are more focused on app users. A great example of such an app is Zoho Cliq.

The developer platform in Cliq provides you with various tools that can elevate your workflow. For example, the bots can help you automate daily notifications from any third-party apps you use. This way, you'll never have to navigate outside of Cliq or manually check for notifications. The slash commands save you a great deal of time by initiating simple codes that will automate your workload. The Cliq developer platform offers a lot of other tools just like these, such as widgets and functions, that enable you to customize the app to your needs.

Cliq also provides an internal storage solution called Cliq Database, which helps you to store, sync, and perform actions with data without having to depend on third-party servers.

In addition to these internal tools, Cliq also includes a new and easier way to connect to your favorite third-party apps through the Connections interface. The connections you make are highly-secure since they support the OAuth and OAuth 2.0 protocols, so you never have to worry about your data being breached.

The next time you open Cliq, don't think of it as just a messaging app. It has a lot of potential just waiting for you to tap into through its developer platform. If you haven't already tried it out, you can get started with Cliq's developer platform and check out the tools in Cliq by clicking on your profile image and selecting the Bots & Tools option.

Just a guy who loves video games, anime and anything mythological. Learning new things is a blast for me and maybe that's why i love working on new extensions in Cliq :D