Cool effects, an impressive music library, and an array of features for creating quick, viral video content. Did you think we were talking about TikTok? Today, we’ll actually be discussing Facebook Inc’s TikTok challenger,  Instagram Reels!

Rolled out in August 2020 in the US, Facebook introduced the video-first feature 'Reels' as an add-on feature to Instagram, tied to the Stories feature, and has been careful not to repeat the mistakes of the past. We’re looking at you, Lasso!

Reels first began testing back in November 2019, with Brazil as the first country to get access. A few months down the line, Reels was released in France and Germany, and in July 2020 it was released in India—just around the time when the Indian government issued a ban on the TikTok application.

As TikTok faces scrutiny worldwide for alleged cybersecurity concerns that notably include a recent discussion around banning the app in America, it makes us sit up and take notice of a feature that could be poised to replace this existing platform.

This wouldn’t be the first time Instagram has mimicked another app’s features to build its own legacy. After all, the app famously popularized Snapchat’s ephemeral content style by creating Instagram Stories that disappear in 24 hours. And thanks to the Stories feature being so well-executed, many of us have forgotten about Snapchat.

So it comes as no surprise that Reels is going to be the new one-up feature to complement Stories. And with more people set to try out this TikTok competitor, it’s a good time for us to get to know it a little better.

Reels is a 15-second short video creator/editor that’s poised to be more than just a fancy addition to your Instagram Story features. Because Instagram Reels can be shared across the platform—like in IGTV videos on your feed, and more importantly, on the Explore tab.

This is crucial, since it increases visibility to more places in the Instagram navigation space, and has a higher chance of being picked up than a Story, which usually can’t be discovered unless you search using a location, hashtag, or an advertisement. It also has no vertical-video specifications like IGTV, and can work with any video format as long as it’s within the 15 second limit.

So now that you can see the broader appeal, you can access Reels easily by updating your Instagram app from the Google Playstore or the App Store once it’s officially released in your country.

During its India release, Instagram’s Head of Product, Vishal Shah was reported as stating that the “ability to watch short-form video is an important part of the experience,” summarizing that this was an initiative to create that functionality for the Instagram audience.

Any Instagram Reel published onto your profile can be seen in a separate column next to your photos, tagged photos, and IGTV content. Inside the app, it looks something like this: 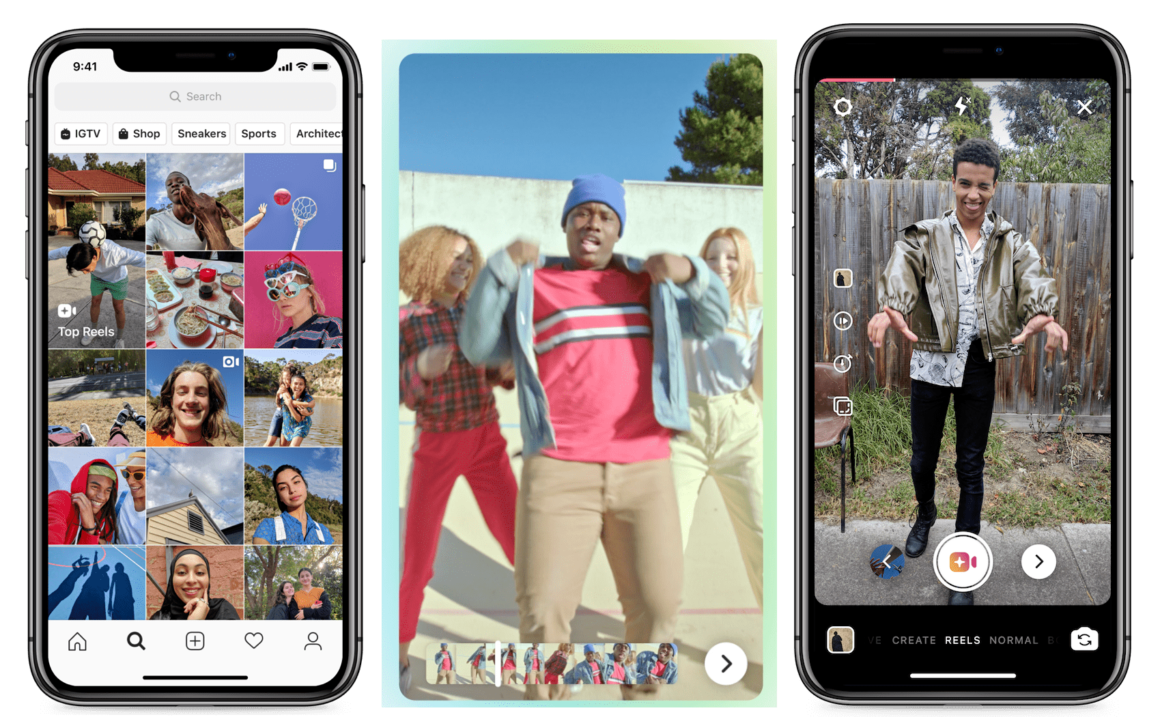 Inside the Reels feature on Stories, you can find the following features:

Instagram Reels is home to a ton of video editing features, and will let you share your finished products to your Stories as well. You can even share edited Reels on your profile. Whether it stands to take over against TikTok is yet to be seen.

But it promises to be a nifty feature that can tap into raw creative expression and has the potential to bring those who lack the bandwidth for TikTok, into the viral-video space!

What are your thoughts on this? We’d love to hear more on this, so do leave your comments below!