It was around noon, on a normal workday, and Dave was at his desk as usual, designing a floor plan for his new client, while ​humming along to a song that ​was playing on his stereo system (Dave is a successful architect and runs his own design studio). It was ‘Hotel California’ by The Eagles. As the guitar solo played along, he dropped the pencil and started acting as if he was holding his guitar. He was pretty good with the guitar, and used to jam with a couple of friends on the​ weekends. Dave was so engrossed in the song, that he was pulling riffs on his ruler, imagining it to be his guitar’s fret board. As he came out of his fantasy, ​he began to ponder about taking the plunge, and starting a career as a guitarist. But he loved architecture way too much to let go of it. So he mulled taking up a dual career; architect at day, and guitarist at night. It was not long before he became famous in the music circuit. Gradually, he began performing at local concerts on weekends.

He used to meet new people everyday; people like fellow musicians, vocalists, audio engineers from the music industry and people like realtors, interior designers from the architecture & design industry. Keeping track of so many people was turning out to be quite ​a herculean task. After all, he was pursuing a dual-career, and both these professions revolved around people. As time passed by, he felt the need for some ​to manage his vast list of contacts. Initially, he felt that an address book ​would fit his needs. As he began evaluating some of the most popular address books​ on the market, he started to realize that they offered very limited functionality. The next option was to try a sales automation solution, but he felt such a tool would be overkill for his modest needs like managing contacts, scheduling tasks and tracking work assignments. 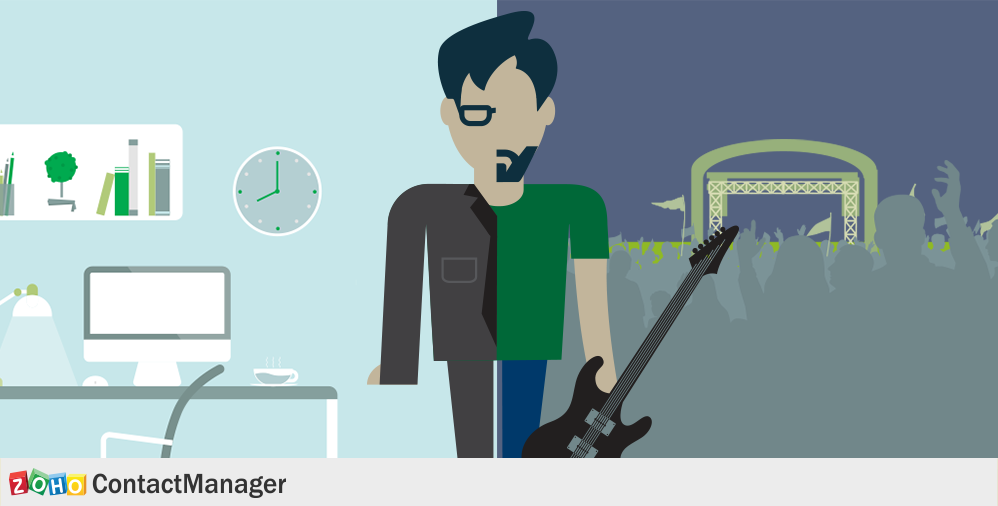 The search for an ideal solution came to an end when he heard about ContactManager, which was suggested by a fellow musician during an open jam session. Dave was delighted when he tried his hand​s at ContactManager. It was just the right mix of simplicity and functionality.

Why did Dave love ContactManager, and how did he use it?

2) He collaborated with fellow musicians using Feeds. Music notes and sample recordings were uploaded directly from the cloud. Everyone involved in that music album could easily collaborate online and bring about a symphony.

3) He marked all ongoing music assignments and architecture projects as Deals. He also scheduled tasks and reminders under each of these deals ​so that he wouldn’t lose track of anything. 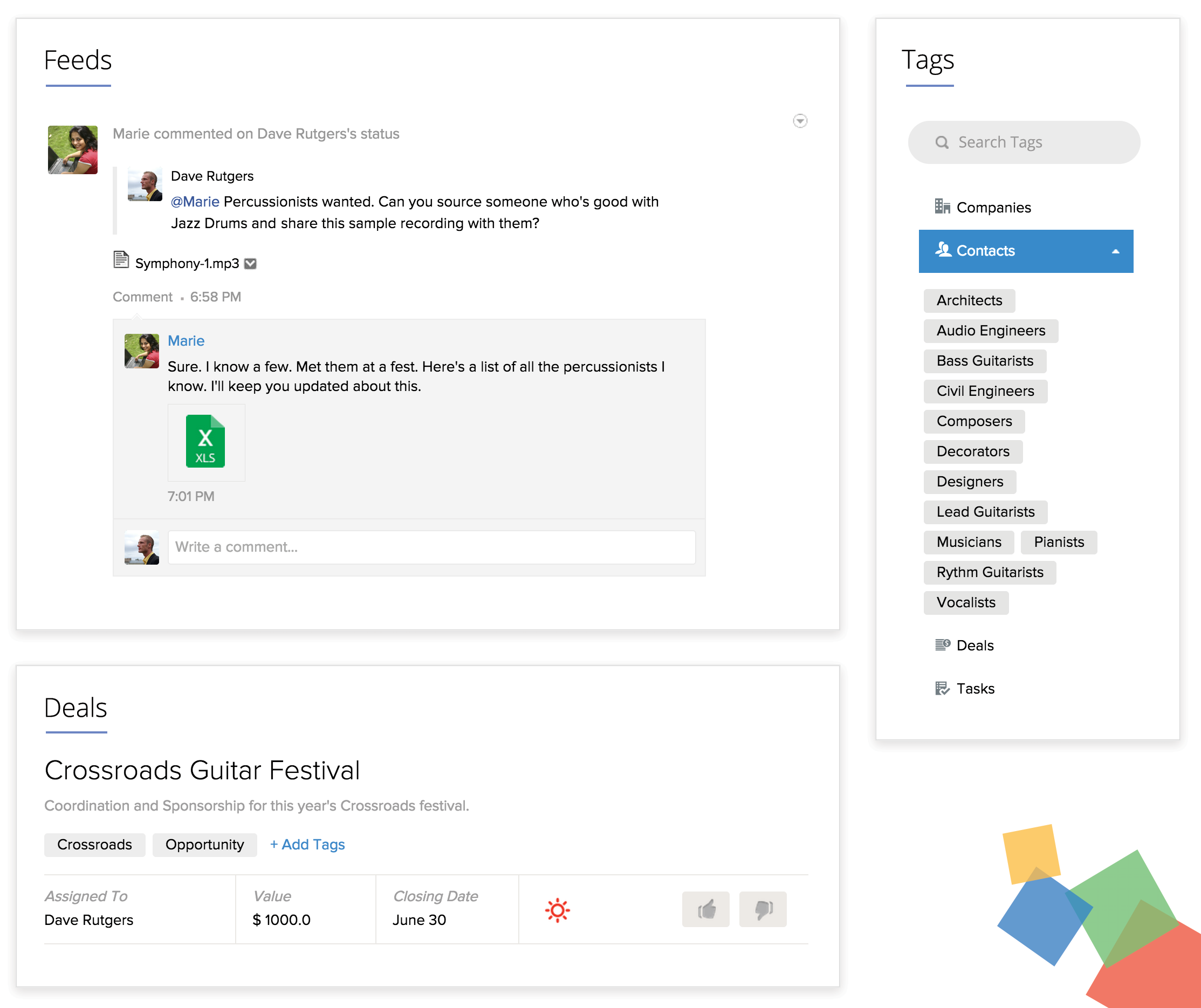 Sometimes a CRM system is way too overwhelming for your small business, while a simple address book is completely inadequate, resulting in missed opportunities. ContactManager is the perfect fit. Find us here: https://www.zoho.com/contactmanager

While all characters in this post are fictional, whatever we mentioned about ContactManager is extremely real!

Vibhav is the product marketing manager for Zoho CRM. You can start a conversation with him by leaving a comment on his blog post.