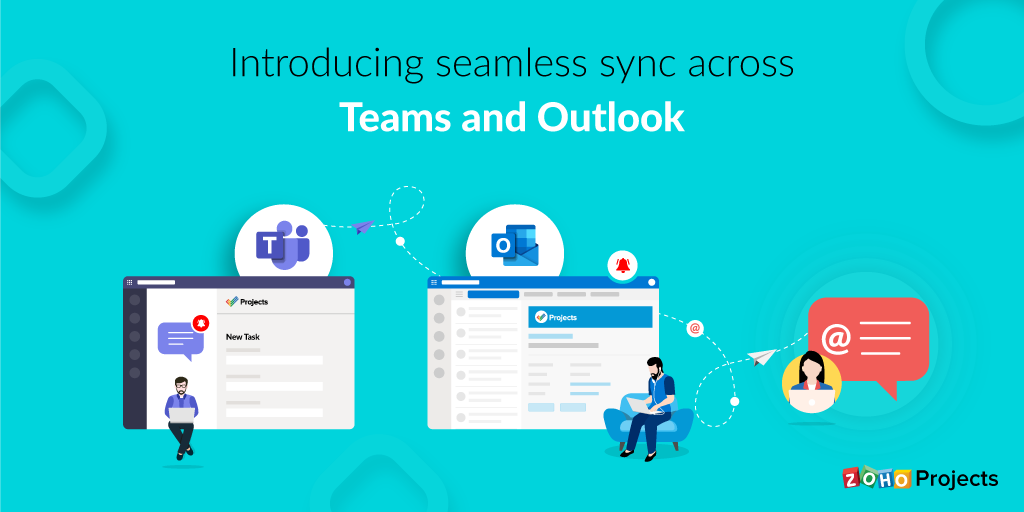 Microsoft is introducing their new universal bot action model in the Adaptive Cards schema version 1.4. Adaptive cards were introduced by Microsoft to enable you to take quick actions across their different platforms without you having to leave the platform of your choice.

Leveraging these new capabilities of Microsoft’s Adaptive Cards has allowed us to offer our users a more uniform experience while using our Teams and Outlook extensions. After this new implementation is live, you do not have to switch between Teams and Outlook to perform different actions. Any action that’s performed on one app would seamlessly sync with the other saving you the hassle of using multiple apps to stay on top of everything. Here’s a scenario explaining how this works :

1. John is a Project Manager. Peter and Lily work with John for a company called Zylker.

2. John adds the Zoho Projects Task tab within his Teams channel. This would give John and everyone in his team access to Zoho Projects by allowing them to add new tasks, view task details, due dates, set dependencies, attach documents, and more.

3. John creates a task via Teams task tab. He assigns the task to Peter. 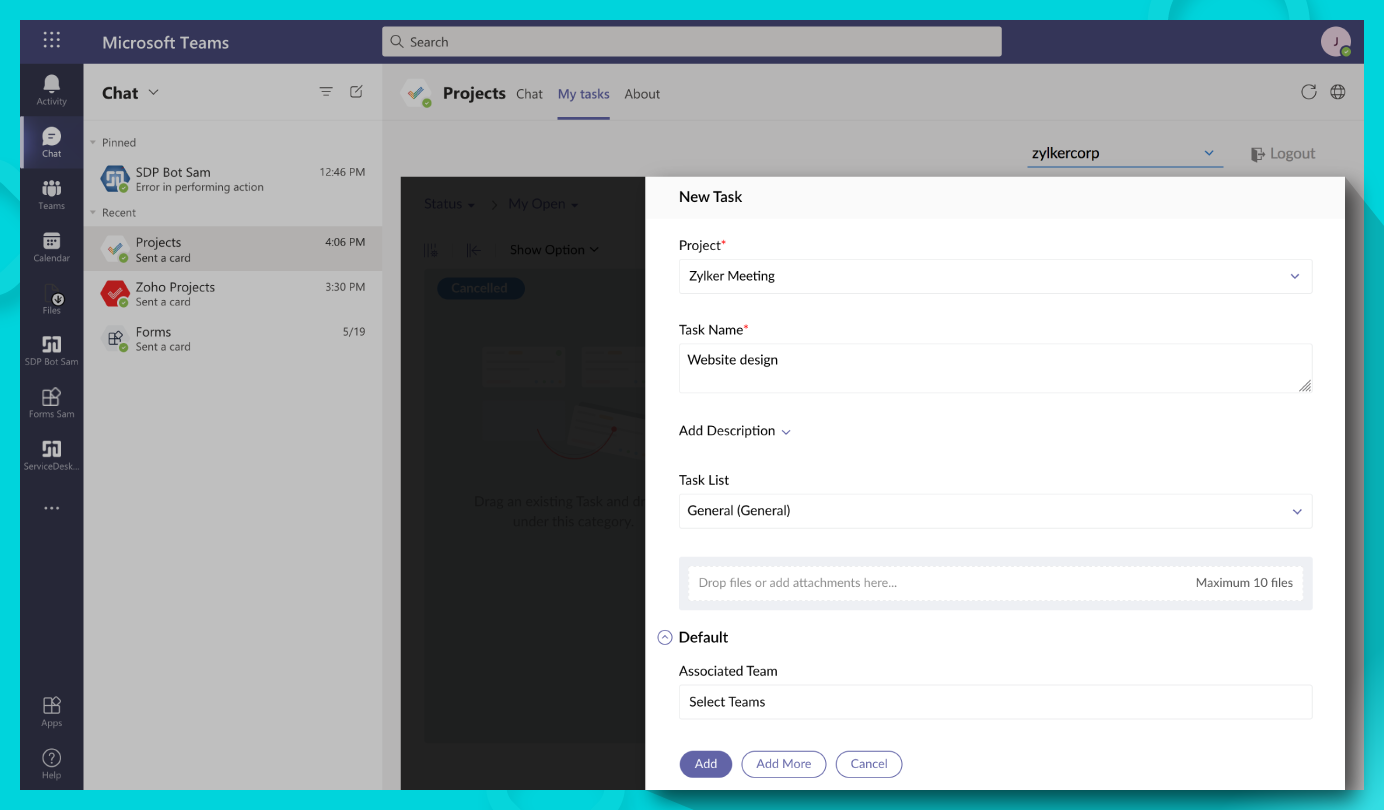 4. Peter receives notification about the task in Outlook. Peter comments on the task to include Lily as well. 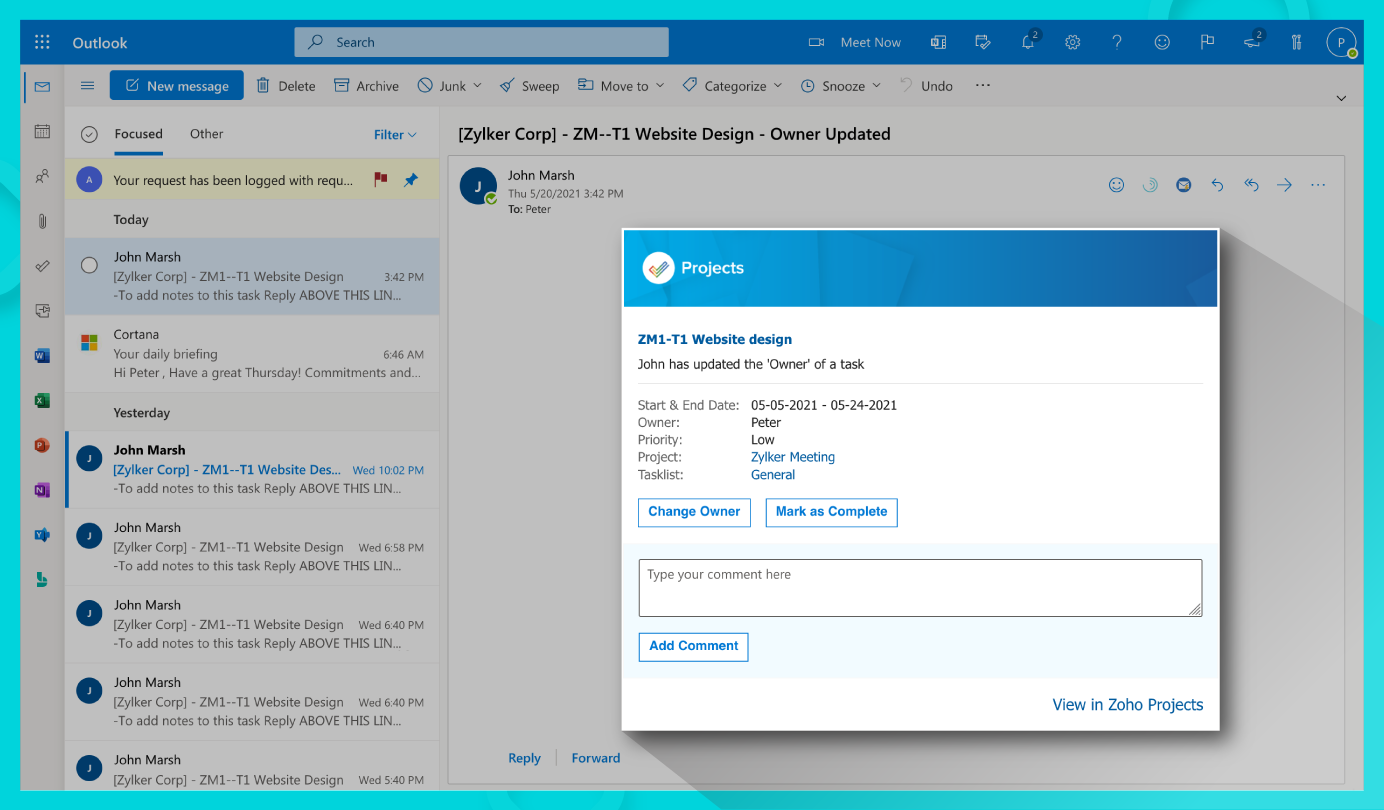 5. John receives a chat notification about Peter’s comment from Zoho Projects bot in Teams. John updates the owners of the task to Peter and Lily from within Teams. 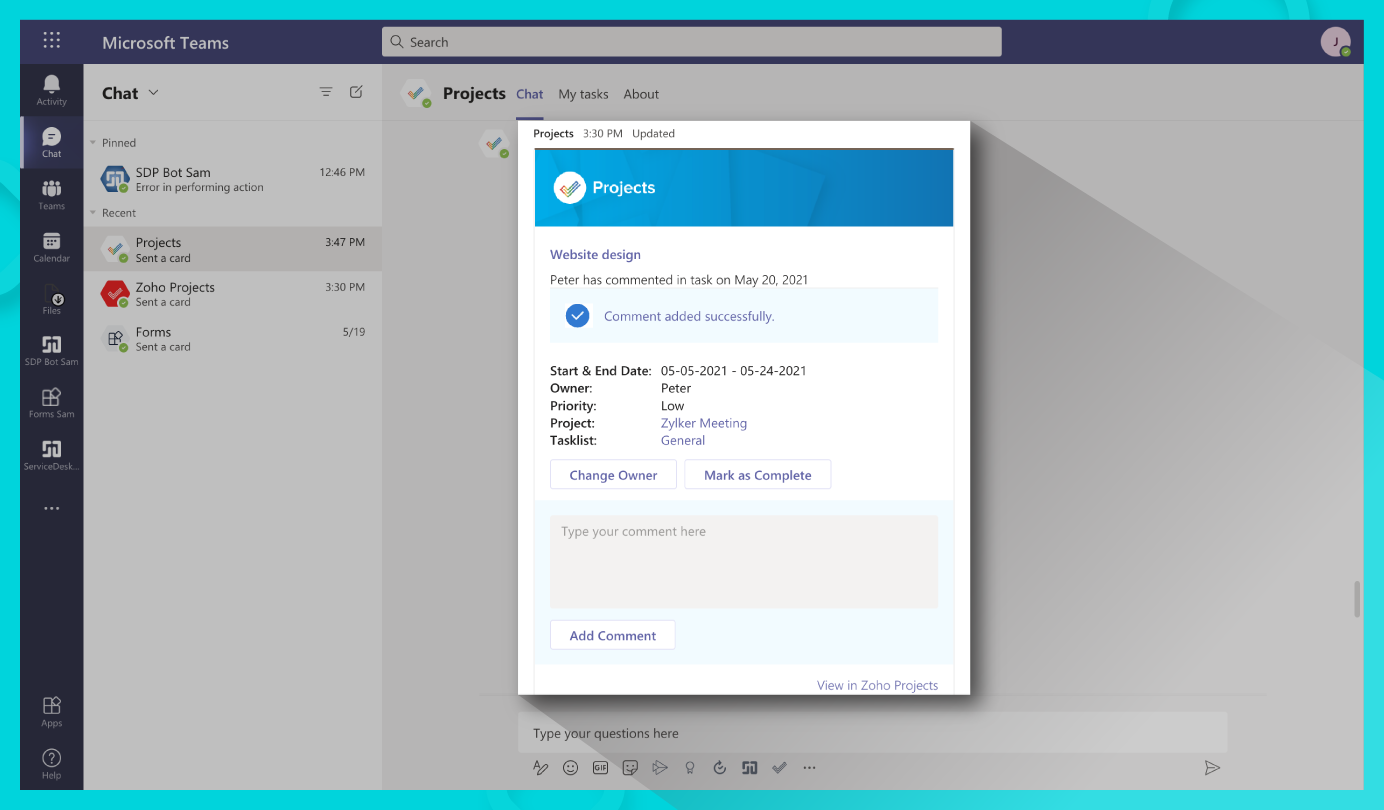 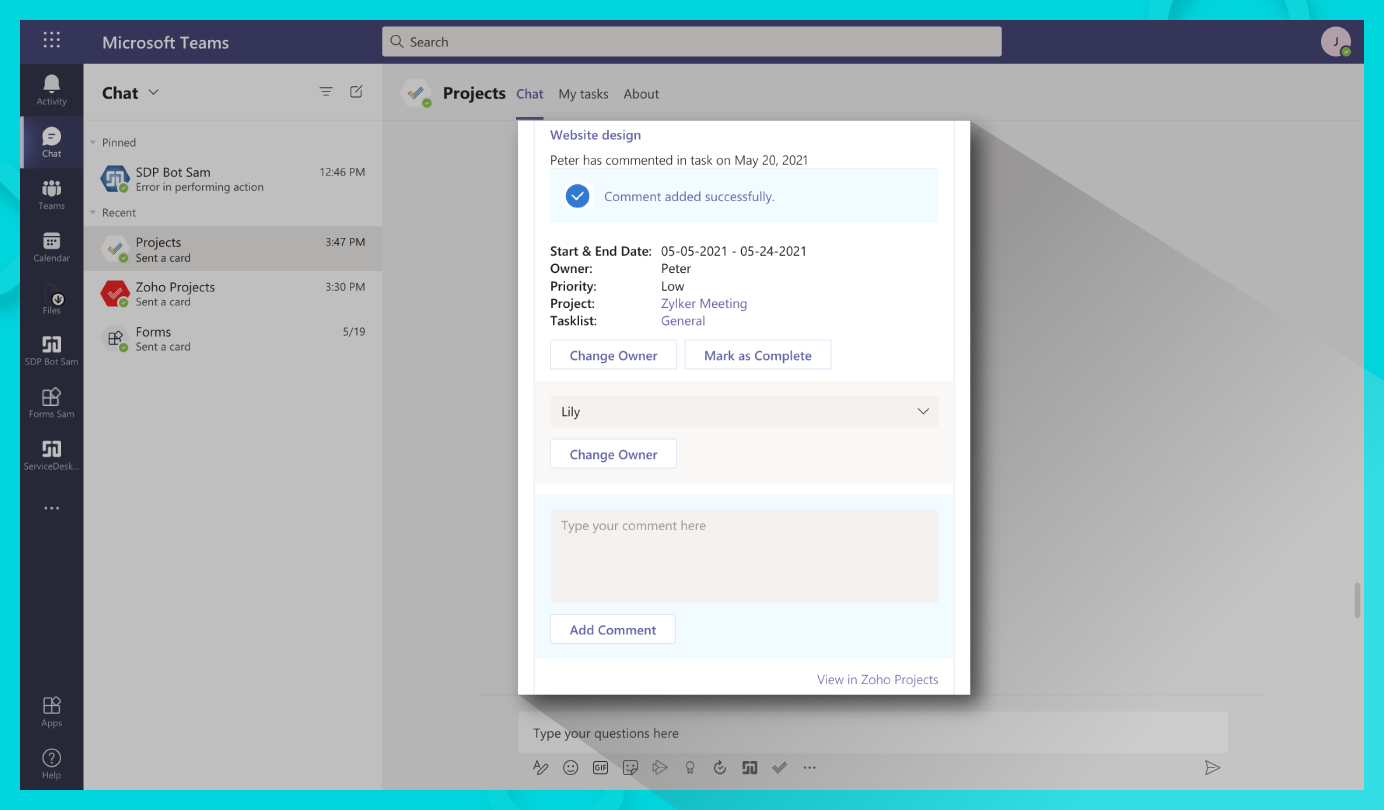 6. Lily receives notification about this task on Outlook mobile. She proceeds ahead with completing the task.

In the above flow, all the users were equipped to ensure optimum productivity and collaborate better due to our implementation of Universal Actions in Projects’ Microsoft extensions.

The Universal Actions for Adaptive Cards in Zoho Projects will be available soon! Let us know what you think in the comments. Here’s to many more happy projects!