Five months in, Notebook has become a beautiful place to take notes for hundreds of thousands of users worldwide. The app has evolved significantly since our launch, thanks to your continued support.

As we inch closer to the end of the year, we are excited that Apple has recognized Notebook as Best App of 2016. 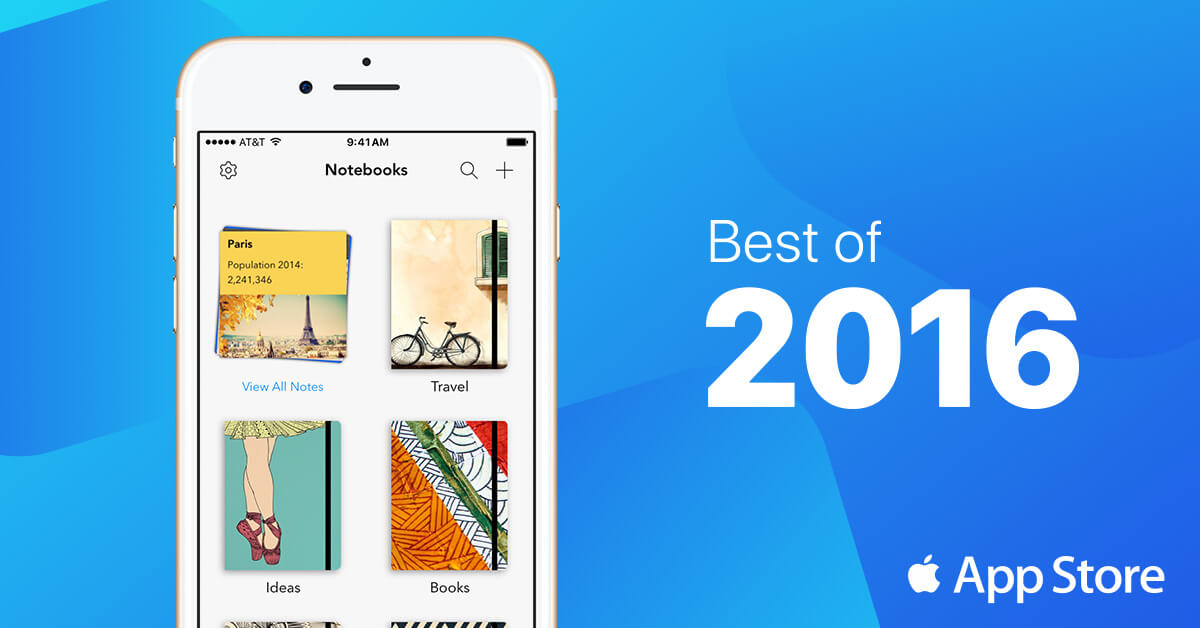 The App Store included Notebook in their “We Work Harder” category, which included the best productivity and business applications of the year. Notebook is among 10 Best Apps of the Year in the Republic of Korea.

As proud of this accomplishment as we are, we’re still hard at work. We recently launched major updates to Notebook, introduced the Notebook Web Clipper, and optimized Notebook for iOS 10. With all that said, we’re just getting started. We have a ton of exciting things coming. In fact, Notebook for Mac is nearing release. Who knows, some of you may use it to pen your 2017 New Year’s Resolutions. As you pen down your resolutions, you may want to try our new holiday notebook covers.