While we set up your account, please remember to verify your account by clicking on the link we sent to your registered email address. 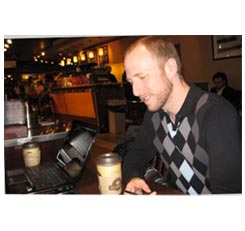