Social
/ Home / How-to / How to use Twitter Polls for business

Twitter is probably the first channel people go to when they want to air their frustrations—or send praise—to a brand online. The microblogging site has over 330 million monthly active users, with all of them sharing their opinions and thoughts on the channel. Interacting with people on Twitter can provide you with insights about how your company is perceived, and can help you get feedback very quickly. And that’s now become a lot simpler with the Twitter Polls feature, because you don’t have to talk to every person individually anymore. These polls can be created in less than a minute, and can provide invaluable information to your brand.

But what is a Twitter Poll exactly? Can it really help your brand? How do you create one? Not to worry—we’ve put together this guide to help you get started.

A Twitter Poll is exactly what it sounds like. You can ask your audience a question with up to four choices, but you can also choose to just have two or three, as well. When you run a poll on Twitter, it looks like this: 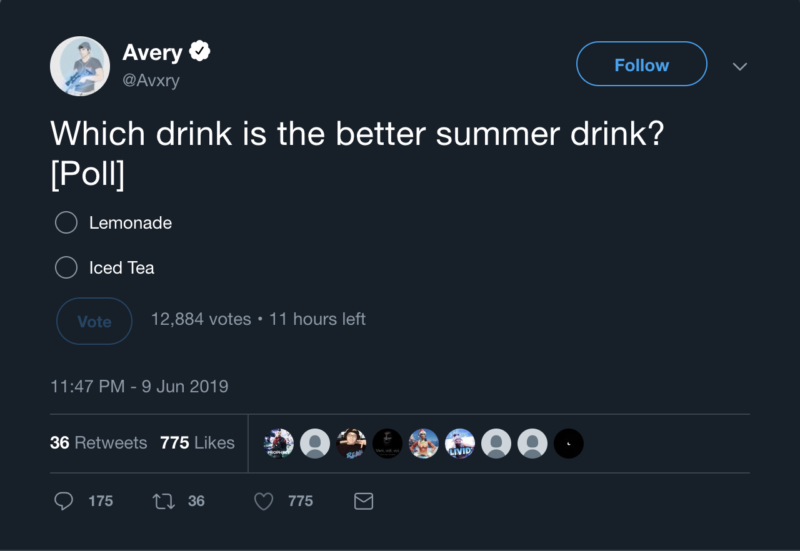 If you vote on a poll, you’ll immediately be able to see live results, highlighting the option that you voted for. It looks like this: 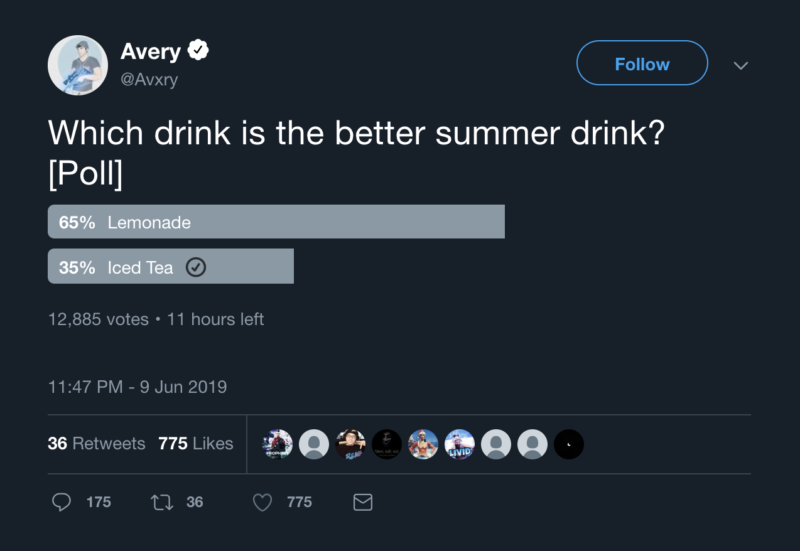 Twitter Polls are extremely useful for marketers that are looking to collect information from their audience, and can help you even if all you want is to just have some fun engaging your audience on your channel.

The biggest advantage of Twitter Polls is the ease of use. It doesn’t take much effort to create a poll and run it. You don’t have to send your audience to a new page just to get information from them. Surveys and forms can be off-putting for a lot of people, unless they’re able to get something out of it. A Twitter Poll removes all the discomfort and the stigma associated with filling in forms online, thereby making it more likely for people to respond to you.

Once you’ve decided what your question is, and what options you’re going to provide, creating a Twitter Poll is very simple. Here’s how you do it:

1) Make polls on a consistent schedule

Just like with Twitter Chats, making consistent polls on your Twitter profile can give your followers a reason to keep coming back and checking your profile. It can be hard to get people to visit your profile directly, and hosting regular polls can make your audience check in to make sure they haven’t missed the latest poll.

Coincast Media hosts a weekly poll to get opinions from their followers about what trends they expect in cryptocurrency. 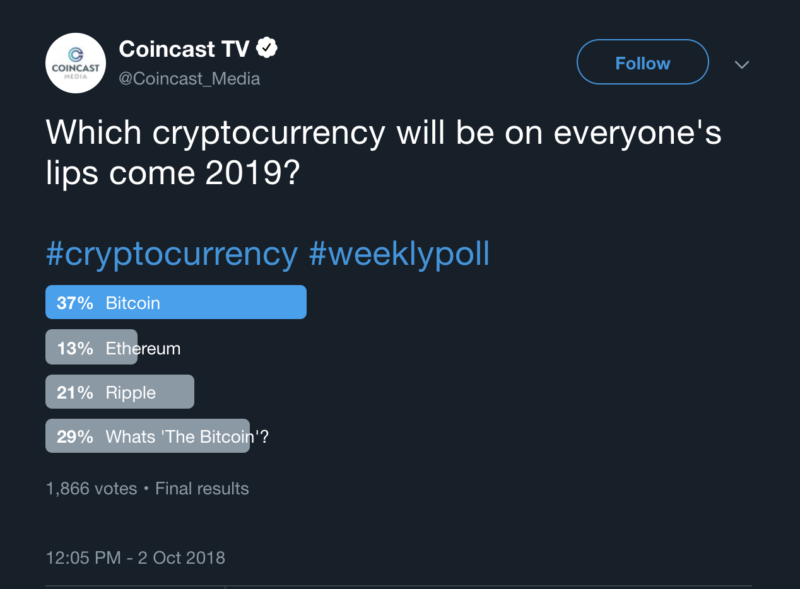 PlayStation Nation has a daily poll which they use to get feedback on their products, learn what their audience thinks about their competition, and whether or not they plan to buy specific titles that come out. 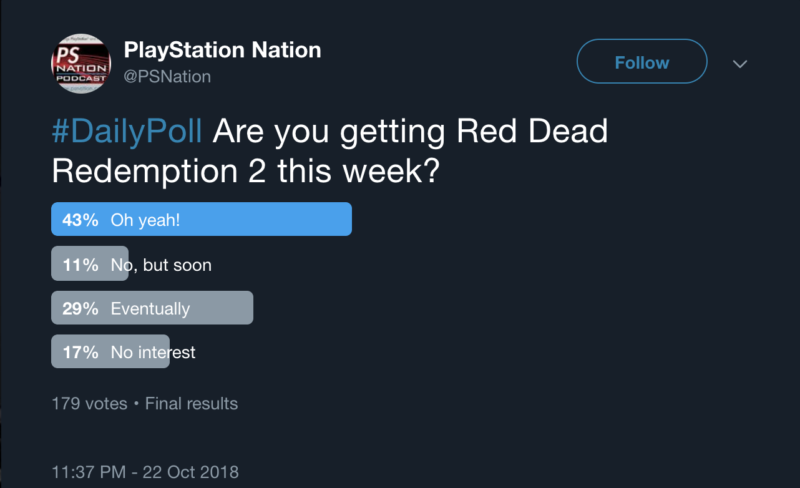 2) Think about the poll length

Setting an end date for your Twitter Poll is crucial because it can stimulate participation. The end date gives a sense of urgency, and also gives a definite set of data to look at.

Twitter Polls are set to one day by default, but you can edit this and run them for just five minutes, or up to seven days. The length that you set, however, shouldn’t be chosen at random.

There are a few factors that you need to consider before deciding the length of your Twitter Polls, such as:

If the question you’re asking is time sensitive, you may want to set a shorter poll duration, but if you want to collect a lot of data, a longer poll is probably a better option. One you consider all of these factors, you can choose what seems like the best option for you.

You should also consider your poll frequency while deciding their length. For example, if you’re running a daily poll, with each running for seven days, you’ll end up with six active polls by the end of the week—which is probably a bit much. You might want to keep daily polls running for 24 hours or less, just to make it easier for everyone.

For polls that run for more than a day, consider pinning them to the top of your profile, so as to maximize engagement. Once the poll is over, you can always pin another tweet to replace it. 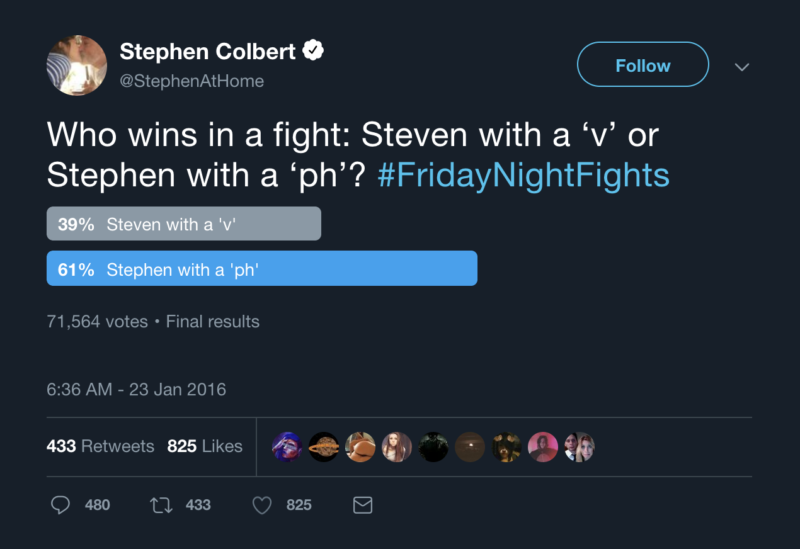 Hashtags are important because they’ll make your poll more discoverable, possibly giving you a better reach.

There’s a small trick you could use here, too. Look at what hashtags are already popular or trending, and then create a poll around that topic. This will put your poll in front of a lot of people who may not be aware of your brand, but are following the hashtag you chose.

Sometimes, polls can even be effective as a promotional tool for your brand’s products or services. For example, take a look at this tweet by Nissan to promote the 2017 Armada. 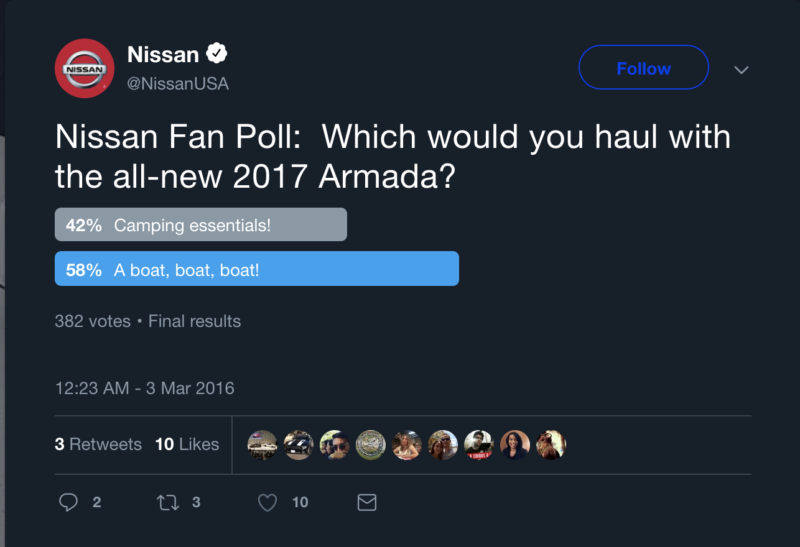 This works in the company’s favor, because it gets the message across without being too obvious of an advertisement. Try to come up with polls about a new product or service you’re going to launch, all while keeping it entertaining.

One of the best things you can do with polls is get feedback from your audience. Ask them what they want to see from your brand, or what they thought about your last project, or their opinions on your brand and what you can do better. This is really great because if the audience feels like you care about what they think, and if they feel like you value their opinions, they’re more likely to feel connected to, and be loyal to, your brand. You can get your audience to vote on stuff like:

When you run polls on topics like these, you can even consider embedding them on your blogs and webpages. Embedding a Twitter Poll works exactly the same way as embedding any other tweet. There’s also the added advantage of being able to attract new followers to your brand’s Twitter channel.

Over the years, a lot of brands have used polls creatively on their Twitter feed. Here are some of our favorite ones: 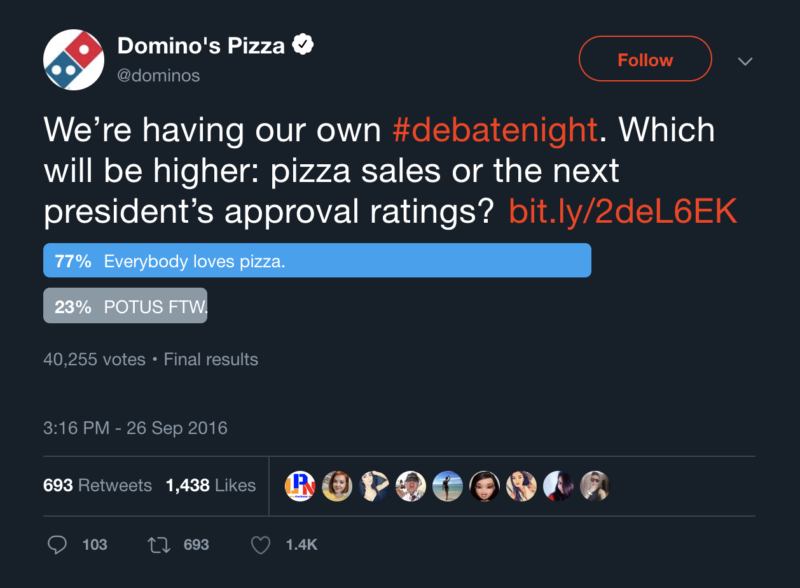 The presidential debates are, of course, highly followed and debated in the Twitterverse, with many users tweeting their opinions. In the midst of all these conversations, Domino’s Pizza managed to turn some of the spotlight onto them.

They found the opportunity to use the event in a poll, and took it. By using the hashtag #debatenight, they can be sure that the tweet will get a lot of eyeballs on the day of the debate, thereby successfully cashing in on a current event to promote their brand. 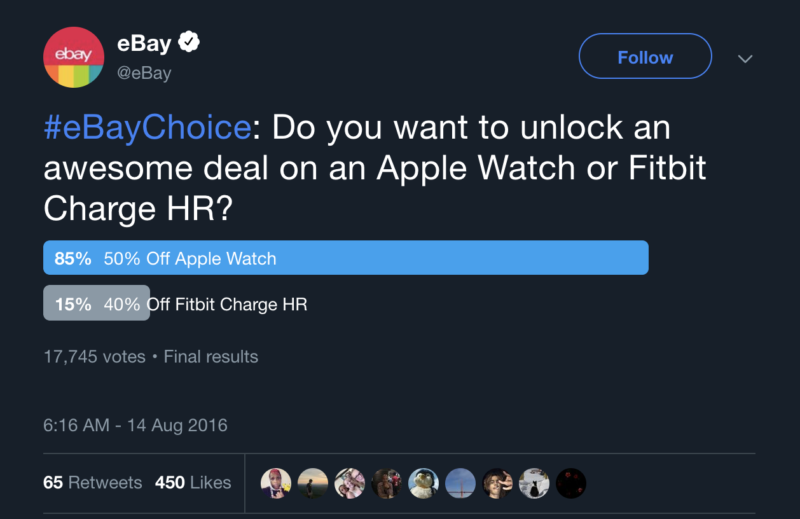 Here, eBay asked their followers what offer they were more excited about: An Apple Watch or the Fitbit Charge HR. By letting their followers have a choice in the offer, they’re doing two things: first, they’re getting people buzzing about the upcoming offer, regardless of the one that wins, and second, by letting people have a say in the offer, they’re creating positive associations with their brand—perfect! 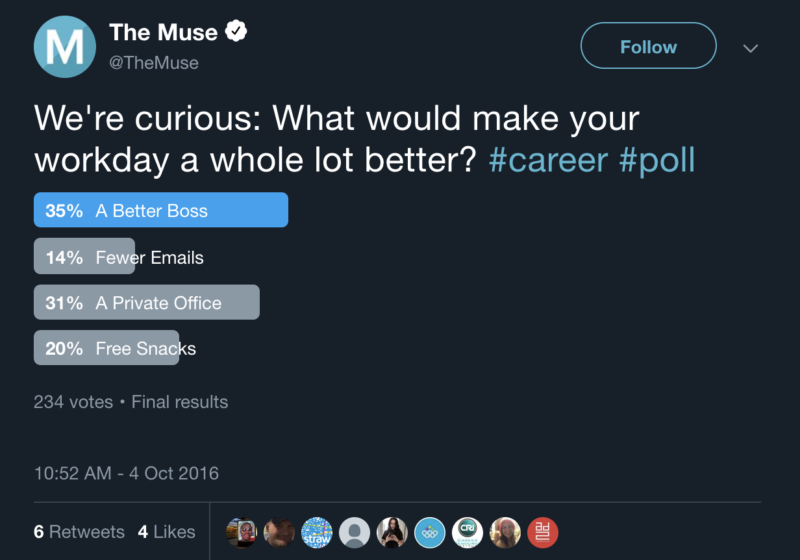 The Muse is a career advice and job search portal that does a lot of work-related content. It makes perfect sense for them to post this tweet, because it’s the kind of content that their followers would actually be interested in. A poll like this, apart from generating engagement for their brand, can actually provide insights for future content pieces.

The Muse did exactly that. Once the poll results were in, they wrote a blog post based on the results. This is how effective polls can be for your brand online.

Done the right way, Twitter Polls can help stimulate engagement for your brand, and is also one of the more intuitive ways to get feedback from your audience. There are a lot of benefits to running them, and considering how easy they are to use, it should definitely form part of your Twitter marketing strategy.

And that’s it from us for today! If you’d like to get in touch, just leave a message in the comments below, and we’ll be sure to get back to you soon.