A common concern for survey researchers is the response rates for their surveys. To bring in high response rates surveys have to reach the right audiences to accomplish this. The convenience of web based surveys and social networking sites can help you reach out to more participants and with the right audiences accessing your surveys, it brings in higher response rates. Zoho Survey’s new features are intelligently incorporated to enable survey creators to reach out to prospective participants easily. 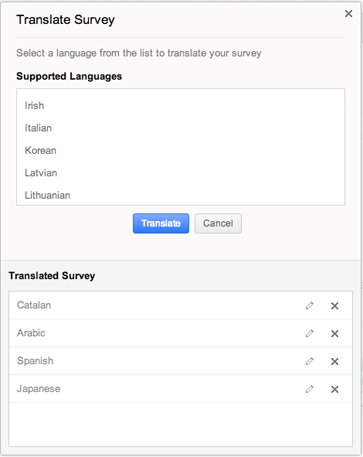 Embed surveys on Facebook
It is always important to promote your online surveys to increase participation and with Zoho Survey you can now embed your surveys right on your Facebook page. Select a page to embed the survey on, making it visible to all the followers of the page. This makes your surveys easily accessible increasing the chances of your followers completing the surveys from Facebook. Reach out to more  people with this feature to get the valuable data that your are looking for.

Print and Export to PDF
If you want to go the traditional way and get your surveys on paper, it’s easy to export your surveys to PDF and print them out. You can hand printouts of the survey either for feedback, to review or answer your surveys if they do not have access to the internet.

Try out the new features in Zoho Survey and tell us what you think.