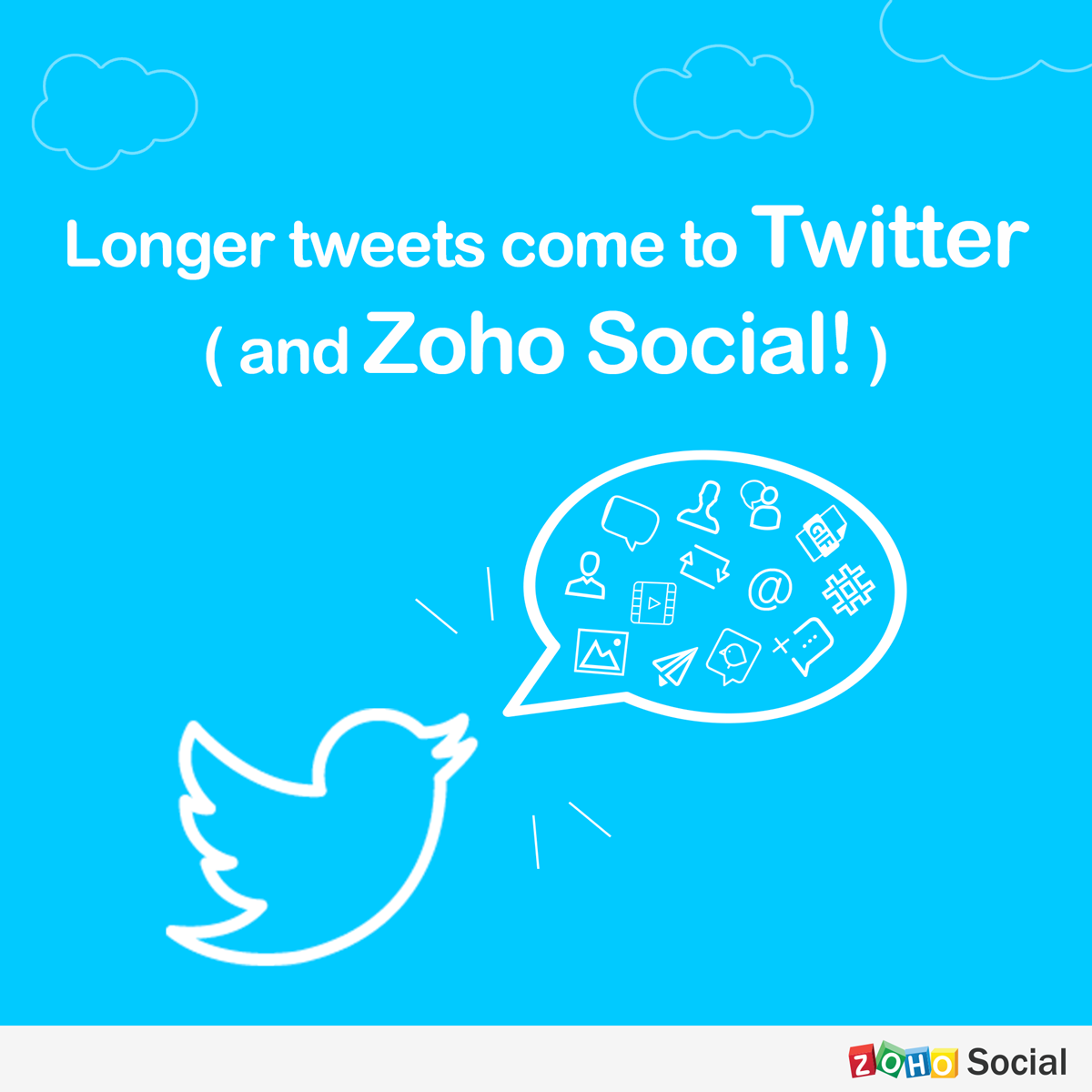 The year 2016 began with speculations around Twitter deciding to remove the 140-character limit from the tweets. Jack’s response made one thing clear — to continue being the top real-time public messaging app, Twitter is open to introducing changes to its core functionality.

“We’ve spent a lot of time observing what people are doing on Twitter, and we see them taking screenshots of text and tweeting it. Instead, what if that text… was actually text? Text that could be searched. Text that could be highlighted. That’s more utility and power”, said Jack Dorsey, Twitter’s CEO.

A few months later, Twitter announced four key changes that they’d introduce to the tweets, and finally, yesterday, they started rolling out these changes to the public.

Today, I’m glad to announce that we’re one of the first social media management tools that support the longer tweets for our users, just the way we were the first to ship the send-DM-link feature in Zoho Social.

We wrote about these changes and how they’d impact brands a couple of months back. Here’s how Zoho Social helps businesses make use of them:

Businesses increasingly use social media to find new customers and engage with their existing ones. Being able to say more in a tweet is a step towards having better dialogues without losing the brevity – something that’s truly unique to the channel. We hope to see brands make good use of these features, and we look forward to supporting our users with the changes.

So, what do you think about these changes? Do let us know in comments or by tweeting us @Zoho.

Praval leads marketing for Zoho.com. He's passionate about people & products; and how they behave with each other. When he isn't glued to the screens, he's probably day-dreaming about his next road-trip or a food shack that he wants to open someday.

2 Replies to “Do More With Longer Tweets: Now On Twitter (and Zoho Social!)”