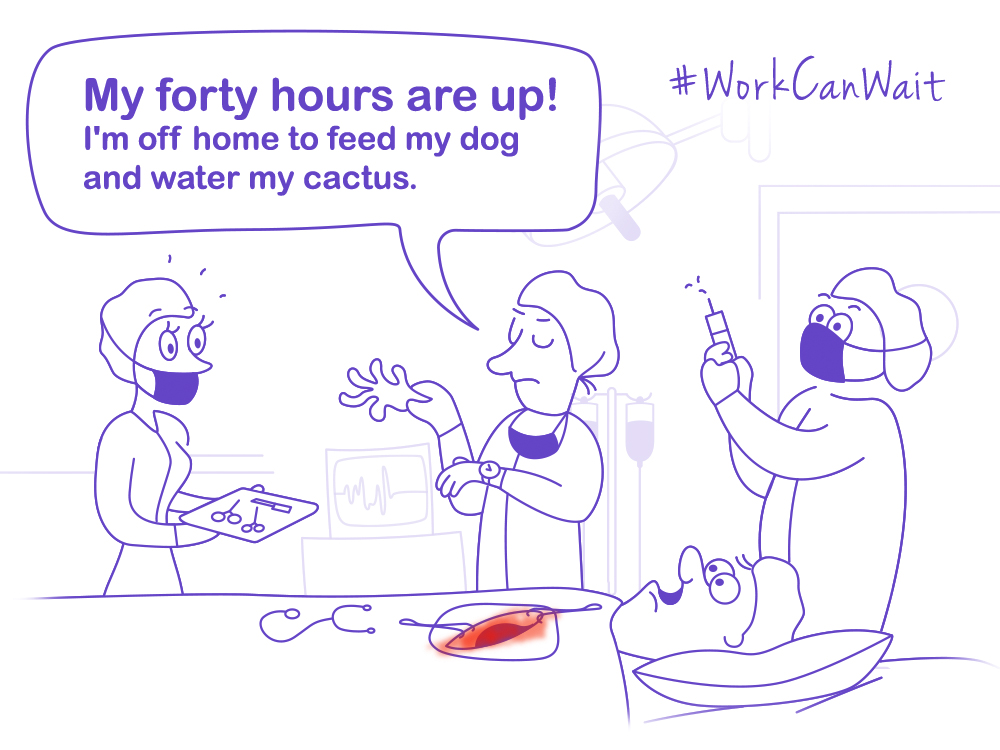 Basecamp is running a campaign asking people to pledge that they will limit their work to 40 hours a week and ask others in their organization to do the same. Those taking the pledge get to show off with a badge that says “Being tired isn’t a badge of honor.“ The idea that no one needs to be overworked is laudable, but their 40-hours-a-week-for-all approach to fixing this problem is something we wouldn’t recommend to anyone. Here’s why.

There is research that says many successful musicians and authors work in short, intense bursts of only four hours a day. At the same time, we also hear that the celebrated Indian prime minister Narendra Modi maintains an eighteen-hour workday. “He is up and running at 5:30 am,” says one of his ministers, “even after going to bed well after 1 a.m.” In spite of this, watch any video of him and you won’t find the faintest sign of stress or exhaustion. Since a successful business involves similarly diverse roles and personalities, having the same definition of overwork sweeping across all of them makes little sense.

The adage “people who do things that count do not stop to count them” is especially true in a world where the lines between work and play have become very thin. Here’s an example: I went to Twitter while on a break. I saw a #WorkCanWait badge on my stream. Reading further, I discovered something I fundamentally disagreed with and felt I needed to write about it. I discussed this with some folks over casual conversations. I dumped my ideas in a document, and revised them over the day. A colleague edited this and we arrived at the final draft. Can you tell me exactly where in this process my break ended and my work began? And more importantly, is it even worth measuring this?

When you take this pledge, you are in effect creating a policy. And this is something that Basecamp itself has referred to as “organizational scar tissue.” At Zoho, we avoid overwork not with a policy but by maintaining an informal culture that imparts a strong sense of freedom. The leadership makes it clear that what matters most is how employees perform and not how long they work or when they come and go. Even when they are at the office, no one is tied to their chairs. There are facilities for indoor and outdoor games. There are spaces all around where people sit together and talk. There is unrestricted wifi access. At a glance, it is difficult to say who is working and who is not.

We find that people use this freedom to figure out what works best for them. We recently conducted an internal cricket tournament where about half the company participated. And around the same time, we also pulled off a major launch.

Being tired isn’t a badge of honor.  Neither is being nannied by an organization. If you want to wear a badge, wear one which says you’re bold and free!

13 Replies to “Basecamp’s “Work Can Wait” Pledge – Why We’re Not Recommending It.”