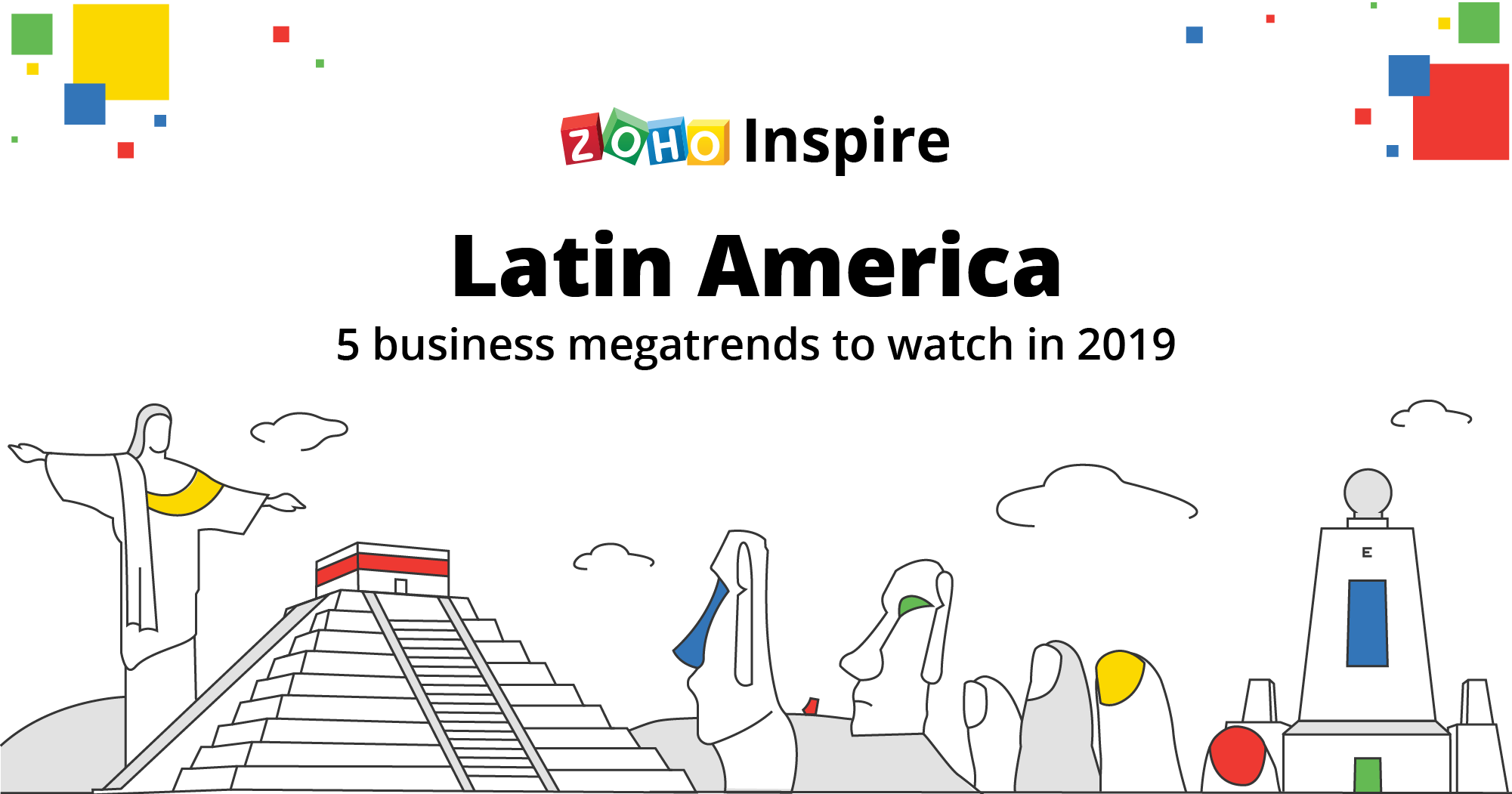 In this new series, we hope to cover different regions of the world and track current trends from across growing industries. With data as our guide, try to provide partners with context and inspire action.

Growth studies over the past 15 years have revealed a trend: the gross domestic product (GDP) of Latin America and the Caribbean have grown faster than those of developed nations of the world. Looking at GDP is a good place to start, as it's an accepted indicator of economic growth.

Time for a quick lesson:

The output of a region can be analyzed using population, capital, and resources.

Let's come back to the GDP of LATAM—while there's much to celebrate, it's also important to note that this growth is particularly underwhelming when compared to other developing nations.

The reasons for this constrained growth are many, and vary from region to region. The downturn can be attributed to the shocks created by severe drought in Argentina and multiple trade strikes in Brazil, the two major economies in the region. While there are instances like in Mexico which have bucked the trend to show growth.

Almost 80% of the GDP growth in this region has come from the expansion of input conditions like population and the rise in consumption—extensive growth. And economic agencies have agreed that the following focus areas will take LATAM towards consistent long-term growth.

optimum use of resources

However, other factors such as falling fertility rates, uncertain political futures, and over-reliance on commodities and an ever growing middle class whose expectations are sky-rocketing are all in the mix too. These are sure to impact long-term growth adversely if not addressed adequately.

For now, technology might be the region's only hope.

The way consumers have welcomed the internet is something that caught businesses off guard. Don't believe us?

Fintech has already taken the lead in this space. Brazil's PagSeguro, a mobile payments company, became the largest online portal in the country and NuBank, a company that provides credit cards as a mobile app, are just beginning to scratch the surface.

Digital transformation is inevitable, and it results in more efficient use of labor and increased participation of the workforce. This leads to increased productivity that's essential for sustained growth.

Mining of natural resources, of which LATAM countries are richly endowed, has been a primary driver of growth for decades, and the industry has been instrumental in reducing poverty and in job creation. Although boasting a great past, the industry has been plagued with issues since exports started to fall in 2011.

However, things are making a turn for the better, albeit slowly. Countries like Ecuador, Chile, and Peru are attracting investments in copper and gold mining. A moderate growth is expected in the business, owing to reduced productivity in other regions such as Brazil. Foreign direct investment picked up in 2017 and is gradually aiding the recovery.

The travel and tourism industry took a beating during the 2008-09 recession, but has recovered considerably. In 2018 alone, the industry contributed over 9% of Latin America's GDP.

While the contribution varies across nations, in general the steady increase of international tourists—9% over 2017—has led to job opportunities. The industry looks encouraging, with about 1.8 billion tourists expected to visit in the next decade. Most of this tourist traffic will be driven by millennials, as per a recent UNWTO report. These millennials are technologically literate and expect seamless digital-to-real-life experiences.

This has been an industry where it's been difficult to ascertain development metrics for the region, but there is little or no doubt that there has been poor investment in infrastructure. Only sub-Saharan Africa invests less than LATAM—and recent corruption scandals have not helped in attracting foreign investment.

However, in the years to come, we're sure that this tide is changing for the better. Economists have stressed that Latin America is in need of roads, railways, and urban infrastructure more than ever, if it wants to grow on par with other emerging economies.

Testimony to this is countries like Panama which has pledged over 55% of its spending in social infrastructure and China's growing interest in the region.

Technology needs to be at the forefront of this change, as it can ease some of the major issues plaguing infrastructure, such as cumbersome procedures in procurement and staffing.

A Euromonitor report from 2018 says that, across Latin America, only around 4% of sales take place through an online channel, but there is enough evidence coupled with internet adoption to state that online is a channel that will only grow as an influence in the retail space.

While most of retail depends on domestic consumption, it's now clear that even brick and mortar stores need to adopt an omnichannel approach. For businesses to successfully to take this two-way approach calls for consultants who are well-versed in the business of retail and emerging cloud technologies.

For long, organizations such as FocusEconomics, have placed the Latin American countries as a region of high potential marred by weak economic conditions. This is even reflective in the GDP growth forecast, but 2019 could really be the turn-around year and as we can see technology is at the core of such a transformation.

Infusion of emerging technologies like the cloud into traditional businesses such as retail, travel, manufacturing and natural resource extraction can go a long way in breaking the barriers to growth.

Mega trends are powerful guides not just for governments but also for businesses—when coupled with macro-economic context help you make strategic bets as the year progresses. Additionally, they let you focus on what is crucial for growing your business and aid finding new opportunities.

Economic Commission for Latin America and the Caribbean

For more information write to us at partner-team@zohocorp.com

1 Replies to Latin America: 5 business mega trends to watch in 2019