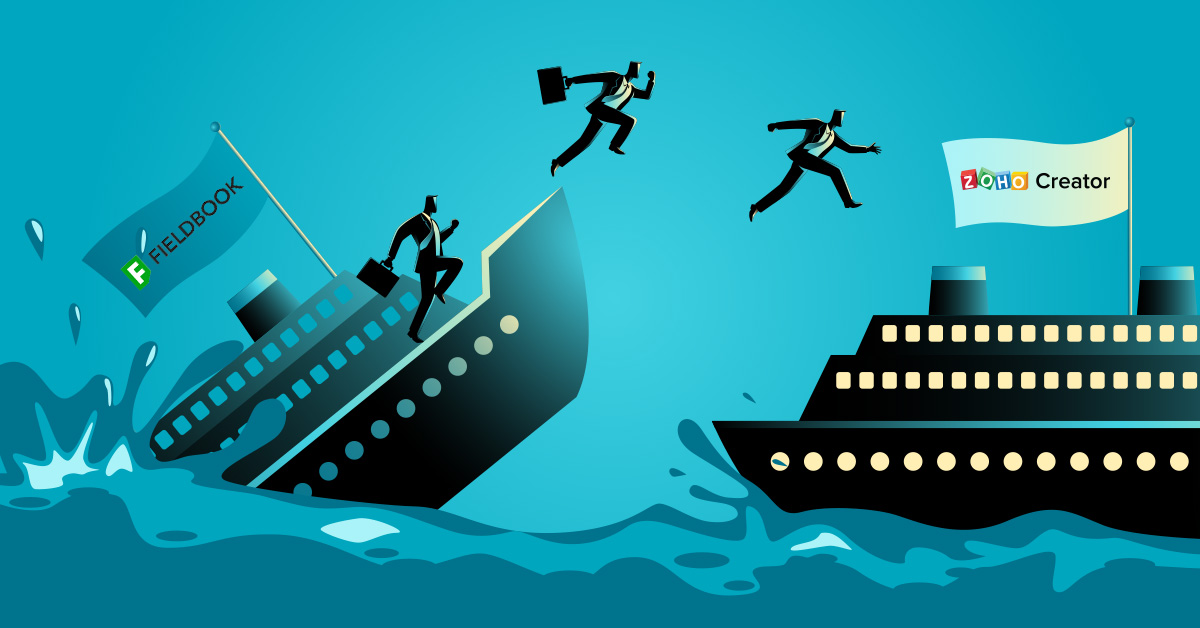 When Excel was born, the whole business world rejoiced—companies finally had a place to deposit and work on their huge volumes of data. Excel is still loved by many for its extreme simplicity and close-to-zero learning curve, but with time and ever-growing needs that Excel couldn’t keep up with, people were soon on the hunt for something better.

Then came Access. It offered an archetypical database for those who found Excel unable to meet their requirements, but wanted to do more with their data. However, many Excel users found the transition to Access too drastic; they were on opposite ends of the simplicity scale.

Fieldbook’s foray into the data game

Several attempts were made to reach a middle ground between the two, and Fieldbook succeeded. Well, almost. What Fieldbook did was combine a spreadsheet’s simple UI with basic database functions. Users could create table relationships—something they couldn’t in Excel—while retaining most of Excels’ other features.

Fieldbook had a run of almost five years, and their spreadsheet-esque database was loved by users the world over.

So what made them close up shop?

The problem with Fieldbook was that, while it was powerful enough for a spreadsheet, it was too simple for a database. The ability to create table relationships was a huge plus, but when people got a taste of database, they wanted more. They wanted their software to solve complex business problems that Fieldbook, simple as it was, couldn’t. So then they had to hire developers, who made changes to Fieldbook’s framework to meet their complex requirements, and this resulted in a surge in costs.

Enter Zoho Creator, an online database solution that collects, processes, and visualizes data. How is it different from any other database, you ask? Well, it enables users to build robust applications for all operations, however sophisticated, on their own, eliminating the need for the middle-man—developers. Here are some of the boxes it ticks:

☑ A learning curve that’s almost as flat as Excel’s, courtesy of its drag-and-drop builder.

☑ Abstraction of all the back-end nitty-gritties, giving users a clean, clutter-free UI that’s easy to understand and work on.

☑ Multi-platform support (web, mobile, and tablet) with offline access. Apps can be customized individually for each device.

☑ Structured data collection with forms and clear visualization with reports. Reports are of every style imaginable—bar, scatter, timeline, map, kanban—the list is exhaustive.

☑ Detailed comparison and analysis on dashboards that can be built without HTML or CSS, and amply customized with buttons, widgets, and themes.

☑ Automation that’s ubiquitous—from sending emails to channeling approvals, the app takes care of everything, and you don’t have to lift a finger.

☑ Uninterrupted data flow across services, powered by extensive third-party connections through Zapier and pre-built integrations with other Zoho products.

Impressed? Sign up with Zoho Creator and migrate your Fieldbook data to the database that’s made for business. You can use it for free for fifteen days, and if you want to continue using our product (which I bet you will) you can purchase it for the same price as Fieldbook.