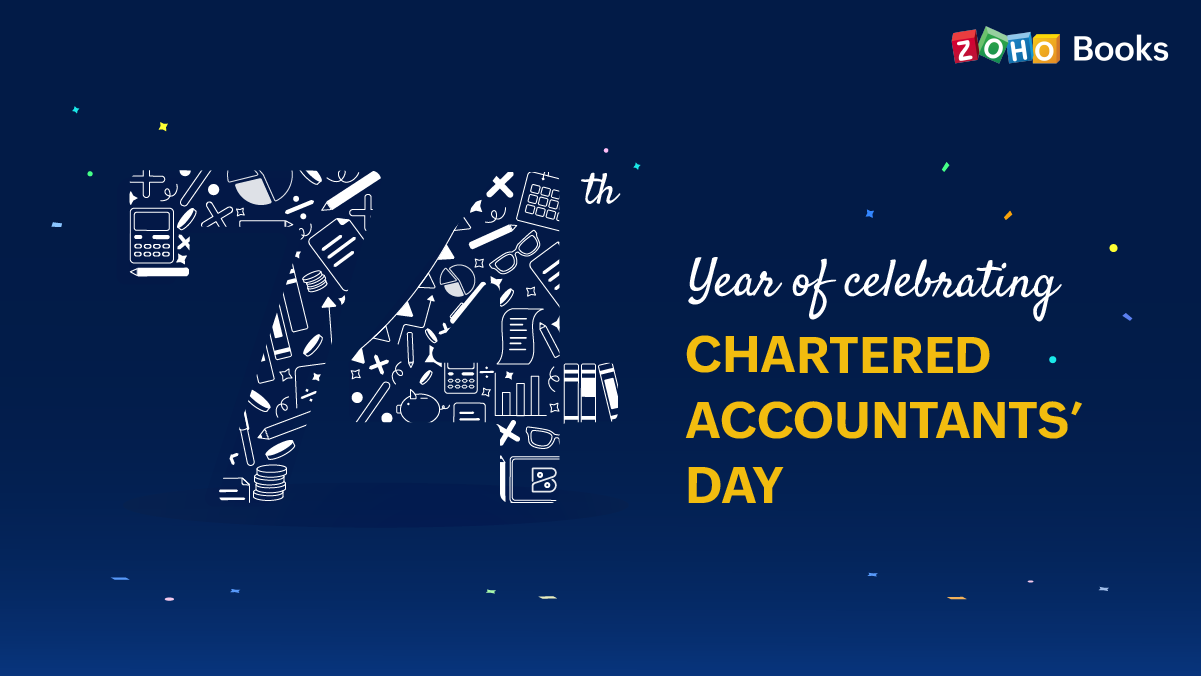 On 1 July 2022, Chartered Accountant Day, the Institute of Chartered Accountants of India (ICAI) will welcome its 74th year of service. And to all the CAs and aspiring accountants spread across the country and worldwide, we’re here to say: We celebrate you. You are an essential part of building our country’s economy, and we applaud your efforts!

The Origin of ICAI

We need to go back to 1949—or even earlier, to the pre-independence era—to understand the importance of CA Day.

Starting in 1913, the British government implemented the Companies Act in India, which specified how a registered corporation should record its accounts and audits. In addition, the requirements for a formal auditor were outlined.

The government also developed an accounting certificate program in 1918 to authorize professionals. After three years of this course completion, they were licensed to practice auditing throughout India.

In 1930, the government set up the “Register of Accountants,” and those whose names appeared in the register were referred to as “Registered accountants.”

Later, the Indian Accountancy Board was formed to advise the Governor-General of India on accounting and auditor credentials. Despite these attempts, it appeared that the accountancy profession remained largely unregulated.

Come 1949, right after independence, the Indian parliament established a governmental organization to regulate chartered accountancy in India by passing the CA Act of 1949. As a result, the ICAI was founded, and every year on 1 July, CA Day is observed to honor the establishment of India’s oldest and largest accounting body: ICAI.

ICAI, a Renowned Architect of Accounting

ICAI has expanded in many ways since its conception and has now become a guardian for a highly regarded community of CAs. Alongside its growing members and student base, ICAI has spread its wings both regionally and abroad, currently housing 30 chapters worldwide.

ICAI does not just operate as a regulatory body but also as a development and advisory body. This institute offers valuable input to national bodies like the Comptroller and Auditor General of India, Ministry of Corporate Affairs, RBI, and SEBI. It works towards formulating initiatives that help India align with the changing economic order, such as meeting international accounting and auditing standards and mandatory CPE requirements.

The Moral Code of ICAI

“Ya Aeshu Suptaeshu Jagruti” (Sanskrit: य एष सुप्तेषु जागर्ति) – This is the ICAI’s motto, which translates to “a person who is awake in those that sleep.” It was borrowed from one of the Vedic scriptures, The Upanishads.

Along with the ICAI’s strong ethical codes, their motto plays as a continual reminder of how a CA is a vigilant being who encourages their clients not to be negligent with their finances or taxes and enables them to become better taxpayers and close-to-ideal citizens.

A Nod to the Upcoming CAs

ICAI is known for its outstanding technical and ethical standards. Its rigorous tests, continuous curriculum revision, contemporary theory and practicals, and compliance with IFAC educational requirements set a very high bar for its students.

It holds one of the largest accounting examination networks and is considered to be of high standard worldwide. Now, to the CA aspirants who adopted one of ICAI’s cardinal principles, ‘service before self,’ we commend you for your dedication and perseverance.

The CA profession lives up to its name of being one of the noblest professions in India. A CA’s contribution and service touch almost every walk of economic life, from helping small businesses and corporations to assisting the government with financial planning. The finances of the world would be incomplete without their guidance.

It is rightly said that chartered accountants are partners in nation-building.

Join us as we celebrate CAs, and see what they have to say about Zoho.

When she's not challenging your worldviews, she likes to write.