“Accidents are not accidents but precise arrivals at the wrong right time”, says, a popular writer and poet. This blog analyzes the road accidents that happened in the UK, and the contributing factors, for the years 1979 to 2013, based on the data published by the Ministry for Road Transport of the UK government. 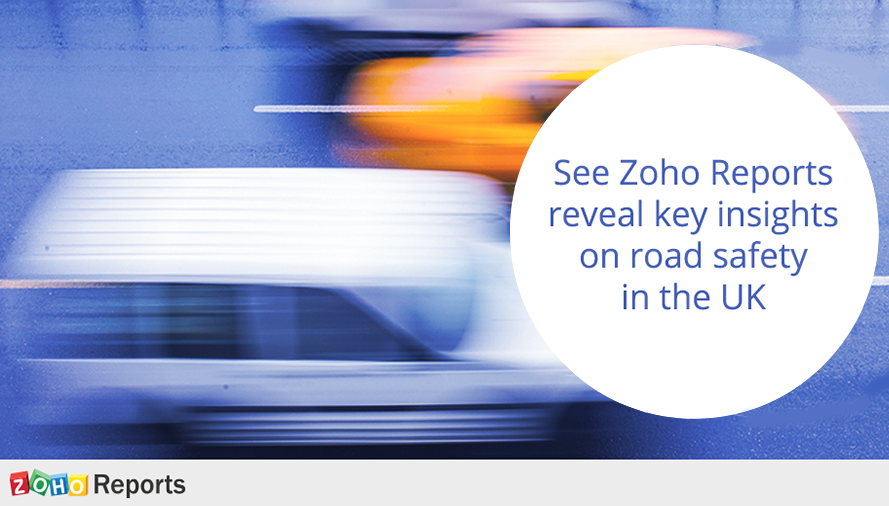 Let us take a look at the year-wise trend of the number of accidents.

Let’s categorize the road accidents to understand the behavioural complications better. Slight, Serious, and Fatal–based on the severity of the injuries. Makes it more easier to drill down to the cause of these accidents, doesn’t it?

The chart above shows the individual proportion of the various severity levels to the total number of accidents over the years. Slight accidents, followed by Serious accidents constitute the major chunk every year. Fatalities, though appear to be minimal over the years, cumulatively amount to more than a hundred thousand.

Do the days of the week have any notable relationship with the occurring of accidents? They seem to. From the chart below, plotting the number of accidents that happened over the years day-wise, some specific trends exist.

An accident does not happen by itself. There could be a combination of a number of factors that could lead to the accident. Here, we analyze the possibility of some of them – road type, speed limit, road surface conditions at the time of the accident, light conditions, and weather conditions.

Now that we have seen the road types let us see the road surface conditions as a causative factor for the accidents.

Here is another interesting report.

Speaking of light conditions present at the time of accidents, majority of the accidents have happened in broad daylight. Perhaps, that is because of higher traffic during the daytime. And probably, drivers tend to be more careful when driving during the night.

Let’s now see to what extent insufficient lighting on the road contributed to the accidents.

The trend shows the accidents over the years that have happened because of lack of proper lighting conditions on the road. There has been a significant decrease in the trend, indicating an improvement in lighting facilities in the unlit roads.

Let’s check the casualties of different age groups and gender.

The web chart is skewed towards the age group of 16-45, indicating that this age group is more prone to accidents.

This chart too provides a similar result, where almost the same age group of 16-45 years has caused or got affected by the most number of accidents.

All accidents have various first points of impact. Of them, let’s infer the ones that are most prone to accidents.

Now, let’s see the maneuvering of vehicles on the road as a contributory factor to the accidents. With the graph plotted below, we could see the most common type of vehicle maneuvers that are accident prone.

Let’s take a glance at the different types of vehicles that have proven to be accident-prone. From the chart below, cars seem to have undergone accidents the most number of times. This is because cars are the most common vehicle type.

Excluding the cars, let’s see which vehicle types have contributed to accidents throughout the day.

From the above graph, motorcycles, vans and surprisingly pedal cycles have contributed to accidents throughout the day, followed by goods vehicles. Buses involve in the accidents more in the late mornings and afternoons.

Similar to vehicle types, we have categorized casualty types that are more commonly prone to accidents.

From the chart above, once again, cars take the most blame. Car occupants have met with accidents the most number of times.

Accidents leave us scarred for life; they make a great deal of things irreversibly incomplete.Precaution-the only word that comes to mind while thinking of how to avoid accidents. Being cautious can do us all a lot of good. Especially, while on the roads.

Check this reporting database to view the complete compilation of the above reports and more.

S B Saravana Bharathi is a Marketing Analyst at Zoho Analytics.