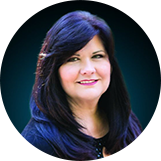 Julie Reeder
President, Reeder Media
"With 25 years worth of historical data, we never thought the implementation would be this smooth. Your support team is incredible!"

Reeder Media is a digital agency based out of Fallbrook, California. It started off as a publishing firm and has now been operating for over 25 years. Their team publishes The Fallbrook Village News, which is Fallbrook's only local community newspaper. Over the years, they started publishing other newspapers like The Temecula Valley News and Anza Valley Outlook.

While print media has always been the heart of its operations, the agency gradually started offering digital versions of its newspapers to meet the evolving needs of its users. As a natural extension of advertising in its e-paper, the agency added social media marketing to its line of services. Today, Reeder Media stands proud with a team of award-winning journalists and an excellent in-house graphic department.

Like any other business that scales up and offers a variety of services, Reeder Media, faced a lot of challenges when it came to its billing operations. To understand more about those challenges and how management has now streamlined their workflows, we had an interview with Julie Reeder, President at Reeder Media.

Before they started using Zoho Subscriptions, the Reeder Media team was using a manual billing system. This made it tedious to keep track of crucial information such as who paid their subscription, due dates, who had cancelled, and so on. Additionally, since they offer both print and digital solutions, they needed clarity on who has paid for what. If someone had not paid, they needed to send automatic reminders easily. In Julie's words:

"We realized that we were missing out on critical billing information and that our billing process consumed a lot of our productive hours."

Considering all this, they started looking for a tool that could handle their subscription processes. After doing a lot of research and evaluating several subscription management applications, they decided that Zoho Subscriptions would be the best fit.

First, they imported all their customer data into Zoho Subscriptions. To get more clarity on which service each customer subscribes to, they created a new field under the 'Customers' section.

Once the customer data was successfully imported, they started importing the subscriptions. Julie felt proud when she said: "With the help of the Zoho Subscriptions support team, we managed to set up everything quickly."

Within weeks after adopting Zoho Subscriptions for their subscription business, they were able to notice two major changes:

1. Processing time for renewals went down by 75%

Before: This was the process followed by their team for subscription renewals:

While discussing the time this process consumed, Julie recalls:

"On an average, we had to spend 2 minutes for each renewal, just to record the payment in our system. Also, recording the payment was just one link in the chain. There were other overhead challenges like sending payment acknowledgements, reminders for unpaid transactions and so on."

Now: After using Zoho Subscriptions, this is how their process has been streamlined:

While taking care of the renewal process is important, it's equally important to prepare for the worst: renewal failures. If the subscription renewal fails for some reason, Zoho Subscriptions sends their customer a reminder email instantly. "Following up with our customers and updating the system has become a rare occurence now, and even in such cases, it takes us less than 30 seconds!"

Julie sums it up perfectly: "In short, instead of spending time taking care of the processes, we set the processes on autopilot and stopped worrying about it!"

By cutting down the time spent on billing, they can focus on other business areas and increase their productivity.

2. Postage expenses were completely cut down

When invoices were manually dispatched through the post, postage charges were over $1 per invoice because it involved:

"After implementing Zoho Subscriptions, we now send invoices via email directly, and there is absolutely no cost involved. It saves us $1 per invoice!"

How Reeder Media has automated some of its processes:

Automation is one of their favourite aspects in Zoho Subscriptions, especially due to its flexibility. Using workflow automation, they were unable to configure rules that take away the manual work involved in different areas of their business. To name a few:

1. When a subscriber opts in for the complimentary edition:

Reeder Media offers a complimentary sourcebook for those who subscribe to one of their newspapers. The team needs to track subscribers who have opted for this, so they have created an opt-in field that will be displayed on their site when customers make a purchase. If the subscribers opt for it, Zoho Subscriptions sends the Reeder Media team an email alert so they can remember to send the sourcebook along with the newspaper. They've extended this automation for cancellations as well where, if a subscription is cancelled, they get an email alert to ensure the sourcebook is not sent.

While subscribing for their services, Reeder Media gives their customers the option to make a donation to the 'Senior Center Fundraiser' program that they support. When a donation is made, it triggers an email alert that notifies the team about the donation details. They can transfer the money to the non-profit organization that runs this program. "Automating this process has saved us a lot of time and effort we had to otherwise invest!"

Since they offer digital advertising as a service, they offer complimentary newspapers to their advertisers. To facilitate this, they have set up an alert that notifies them on these renewals so they can check if the advertisers still have business with them. If not, they raise an invoice and dispatch the newspaper instead of offering it as a free edition.

"During the initial days of adopting Zoho Subscriptions for our business, we had to contact the support team often. Each time I call, I feel that other companies should learn from Zoho how customer service should be. Even if I had to call 4 to 5 times a day, they would patiently respond to all my questions and help me over remote sessions whenever needed. Without their help, we wouldn't have been able to get the implementation done on time.

The application is definitely amazing, but it's the customer service that made us feel proud of our choice."