The application development industry has progressed in leaps and bounds over the last few years. It is on a roll as demands for better and responsive apps continue to soar, particularly in the mobile world. There are more than five billion mobile owners all over the world and approximately 57% of them are active mobile internet users, according to Business of Apps. And these people represent one of the largest consumer demographics in the world as far as apps are concerned.

Statista reported that the number of app downloads skyrocketed in 2019, breaching the 200-billion mark with a total of 204 billion downloads. That’s a huge spike from the 192.45 billion downloads recorded in 2018. But it’s not just mobile apps that are experiencing a huge surge in demand. Web apps and desktop applications are also seeing significant usage from a variety of users and will remain relevant in the years to come.

With this growing demand for apps comes an equal demand for top class application development solution. Creating apps, whether for general consumption or tailored for specific clients, is an exhaustive and costly process. The good news is that new, upcoming trends in application development and emerging technologies make the whole process a tad less difficult for app developers everywhere.

1. Work better and faster with cloud

App developers love to work in the cloud because of the throng of benefits the practice brings to the whole application development process. For one, it allows developers to create a development environment that offers  unparalleled mobility and agility that they just can’t get from desktop-based development tools.

Utilizing cloud-based infrastructure for development and testing, web developers can perform multiple tasks remotely from just anywhere and anytime via their laptops, tablets, and smartphones. Whenever something needs to be done or an idea just popped in their head, they don’t need to race to their office and work on a specific desktop where all the required application development software solutions are installed.

Another reason why many app developers are opting to work in a cloud environment is the cost. In a traditional application development setting, developers have to determine the specific type or model of hardware and equipment as well as balance the load on servers and databases prior to scaling. All these are quite expensive, not to mention extremely extensive.

In contrast, cloud technology enables app developers to quickly scale their application or any part of their infrastructure whenever they require more resources, storage, and power for just a fraction of the cost. If leveraged well, cloud technology is a huge money saver according to companies that used it to transform their business.

App developers of varied experience levels can also create their own web and mobile applications with low-code development platforms using a model-driven logic with a visual development approach and drag-and-drop components. Most low-code platforms run in the cloud, which not only supports agility but automation of various processes as well. It also provides cross-platform availability with access to third-party APIs and modules for different platforms. With this, your IT teams can develop applications faster, with fewer codes and at a lower cost.

If you are looking for an example of a low-code development software, you can check out Zoho Creator. This Zoho Creator review page gives you a brief overview of its features and benefits.

Artificial intelligence, or AI, is making quite an impact in the application development scene, particularly in helping app developers create apps that deliver a delightful and consistent user experience. But how does AI aid app development in such regard?

Most people regard AI as highly intelligent and self-aware systems capable of learning and performing actions with little to no human intervention. But within the context of application development, artificial intelligence is used for data mining and processing.

App developers require high-quality actionable insights to help them create and improve their apps’ user experience. By fusing professional app development software solutions with artificial intelligence, app developers are able to extract useful data from consumer-facing apps, then analyze and turn them into useful insights. These insights then provide developers with a clear picture of their users’ behavior and patterns.

AI-powered chatbots are also a great source of consumer-based data. Most chatbots are deployed to perform customer service tasks. Huge brands including Starbucks, LinkedIn, and British Airways are leveraging chatbots to boost their customer support services. The chatbot industry is currently valued at $2.6 billion and is expected to grow by as much as $9.4 billion by 2024, the Business Insider reports.

The information supplied by the end-users to chatbots gives app developers a deeper understanding of their own app as well as what the end-users want, need, and demand. With a clear picture of their clients, app developers are able to resolve existing flaws in their apps, address potential issues, and introduce changes and features that users are looking for. 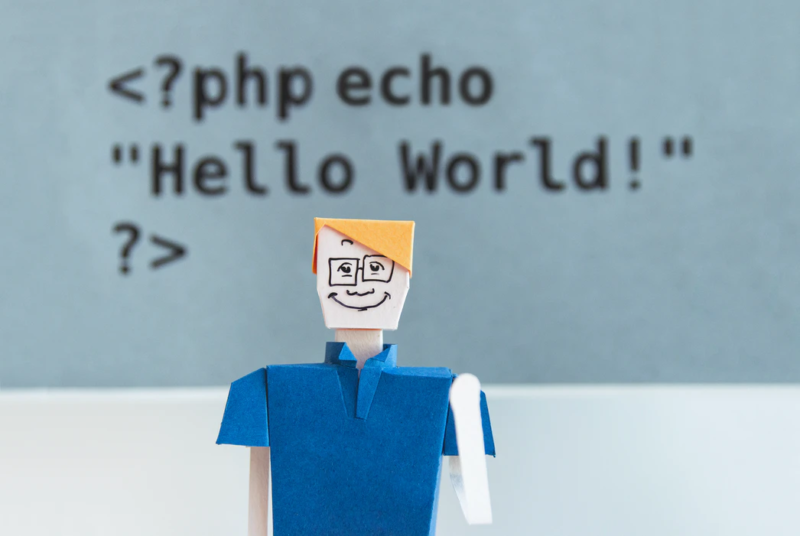 3. Improve Documentation and Transparency With Blockchain

Introduced in 2017, blockchain has been deployed in various industries such as banking, healthcare, finance, and real estate. That said, it remains to be an exclusive technology of the cryptocurrency sector. Still, many experts are saying blockchain is the future of application development. Or at the very least, a disruptive force poised to make a big impact in the mobile application development scene.

Mobile app developers now see blockchain as this secure and powerful database where they can execute every process for their mobile application development projects. Because of its decentralized nature, blockchain technology enables parties involved in the development process to closely monitor all activities, transactions, and changes which dramatically increases transparency.

That said, blockchain adds to the security of the development process, thanks to its cryptography-based security. Blockchain stores data in interconnected blocks. These data include the address of the present and previous blocks. Each block has a timestamp, making it virtually impossible to alter the data it contains.

This is great, especially with peer-to-peer communication and collaboration. The data they send and receive remains intact and any development and/or changes they add are stored in a separate block, which is great for documentation and auditing.

Within the context of mobile app development, blockchain provides developers with a technology that offers not only security and transparency but scalability as well. Blockchain is open-source, thus it allows developers to create their own unique approach to creating, developing, and managing apps. For many developers, using blockchain is one surefire way to achieve and maintain high availability for their apps.

App developers require data to create and develop wholly functional apps that meet their clients’ specifications as well as other prevailing standards. Data such as engagement, user patterns, and behavior are all crucial in developing apps. But unraveling and understanding data presented in lines of texts and spreadsheets can be quite challenging and time-consuming.

App developers need to understand the information they have and derive insights from the get-go to simplify and accelerate the application development cycle. This is where data visualization comes in.

Data visualization tools give developers the features they need to quickly generate visuals like charts, graphs, and lines to make data easily understandable and digestible. With data easily and quickly perceived, developers are able to derive actionable insights, spurring them to make strategic decisions at a faster rate.

Data visualizations also enhance communication and collaboration between teams. Instead of consuming thousands of data lines and interpreting them individually, developers can easily view and consolidate data to keep everyone on the same page. Thus, it positively impacts productivity and efficiency while eliminating inaccuracies.

The demand for apps, either desktop, mobile, and web-based, is bound to increase in the future. Such a huge need also comes with a crop of challenges. There’s a constant call for developers to achieve a faster time-to-market. Apps that are rolled out for consumption must be updated immediately once issues are detected.

Technologies mentioned above surely help developers resolve many of the existing challenges of app development. But demands and challenges evolve and become more complex along the way. Thus, app developers need to be in tune with emerging technologies such as low-code platforms to address growing challenges and changes while remaining competitive and significant in the industry.

Tejas is an evangelist at Zoho with his focus set at enabling developers build powerful solutions using Zoho's tech stack.