With the objective of streamlining the previous tax structure, the Indian government passed the 122nd amendment bill, also known as the Goods and Services tax (GST) bill, which subsumed all indirect taxes into a single GST tax.

In this article, we’ll be breaking down the concept of GST and how it has simplified taxation for Indian businesses. 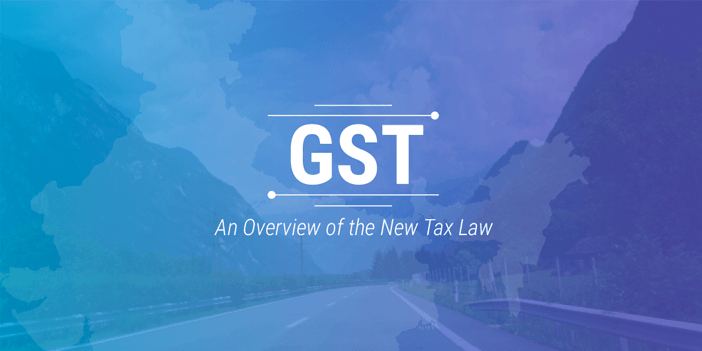 To get a sense of the benefits of GST, it is necessary to first understand the problems businesses faced under the previous tax structure.

In the previous indirect tax structure, up to 17 taxes were levied by the state and the central government before a product reaches the end consumer.

At each stage of a supply chain, taxes were applied on the total value of the product, even though it had already been taxed at the previous level. This process of taxing already taxed goods is referred to as tax cascading. This happens where there is no credit provided for input tax (the tax that was paid at the previous stage) to the consumer who buys the product in the next stage.

This heavy tax cascading increased the amount of tax involved in the making of a product, which often was included as part of the manufacturing cost. This shifted the entire tax burden on the end consumer, who paid upwards of 30-35% in taxes by the time they bought a product.

Interstate movement of goods was difficult

When goods were moved from one state to another, a Central Sales Tax (CST) of 2% was collected on the total value of the goods at the state border. For example, if you had a textile showroom in Chennai and bought garments from Surat, the truck carrying the consignment would have been charged a CST of 2% at the state border. This amount was added to the cost of the garments that you bought from the manufacturer. On top of all that, the constant taxing of interstate goods delayed their arrival, as time was wasted at tax checkpoints at each state border.

A lack of a uniform tax rate across the country meant that Indian businesses had to comply with multiple tax laws, follow various different tax rates, and face intervention from tax authorities from many states. Businesses that sold goods across states had to maintain a separate record to manage costs according to each state’s tax rate, as well as manage piles of paperwork specific to each state’s tax laws. Failing to comply with all of these rules puts businesses at risk for heavy penalties from the tax department. All of this additional work made managing interstate taxes complex and stressful, and it often consumed a considerable amount of time, money, and resources.

In order to combat all these issues and take the stress out of taxation, the government task force proposed the idea of Goods and Services tax (GST).

With the Goods and Services Tax, or GST, businesses don’t have to pay multiple taxes to the government. No matter what kind of transaction you’re dealing with, you will be paying a single tax. GST will be applied to all sales and purchases of goods and services, with the exception of motor spirit and alcoholic liquor.

On July 2017, the “dual-GST” model was introduced in India, which is used in countries like Brazil and Canada. The “dual-GST” model comprises of two tax components: the SGST, or the state GST collected by the state government; and the CGST, or the central GST collected by the central government. When goods are sold within the same state, both the SGST (state tax component) and the CGST (central tax component) are collected. If the sales happens between states then a combined tax called IGST (SGST% + CGST%) is collected.

How is the GST different?

Instead of applying taxes on the total value of the product at each stage, the GST only imposes tax on value addition. Because it provides credit for the input tax paid at each previous stage of a supply chain, this method considerably reduces the overall manufacturing cost.

Let’s take a closer look at how this works with a simple example.

In the above example, you can see that at every stage of the process, the application of tax is non uniform and the process of getting ITC is broken by the presence of different taxes governed by different authorities. Bottomline - Sellers lose money on taxes at every stage as they don’t get input tax credit or refund on the tax paid on purchase whenever they make a sale. 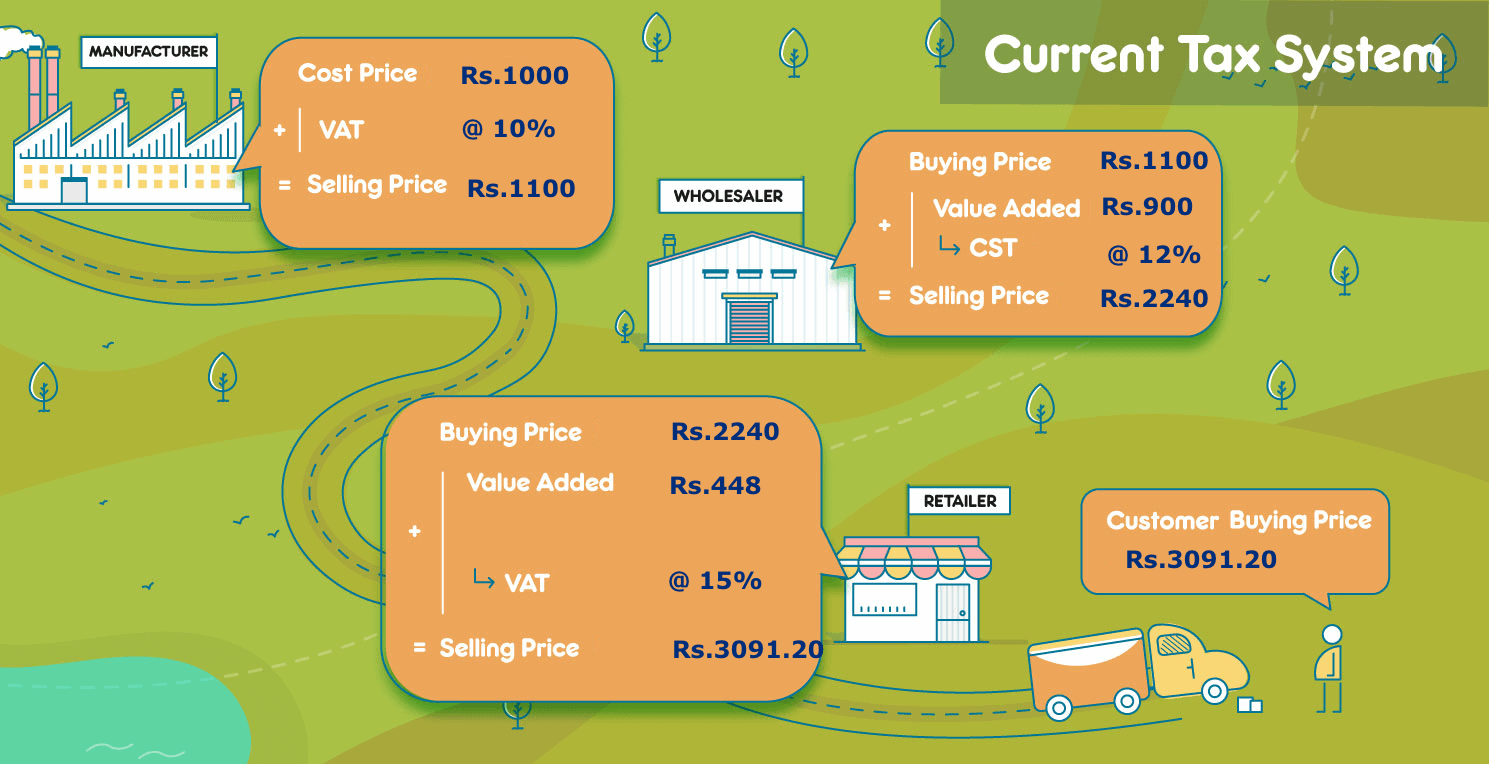 Now, let’s take the same example, but instead apply the GST model.

Note: Here, we have assumed the GST on zinc coated steel buckets to be 10%. And so, GST for the bucket throughout India irrespective of whether it is an intra-state sale or inter-state sale will be 10%.

Bottomline - Looking at both the examples, one can see that there is not much difference to the buyer/end consumer. The benefit to the end consumer totally depends on the GST rate associated with a particular item or service under the GST. If we had assumed a higher GST rate for the bucket, the end consumer would have actually paid a lot more than earlier. But then, the real benefit from the GST regime is actually reaped by sellers, manufacturers and traders because the GST allows an unrestricted flow of input tax credits and so they get a refund on the input taxes that they have paid at the time of sale. That said, sellers can pass on this benefit to the end consumer if they choose to by reducing their final selling prices (as they do get their tax money back).

Benefits of the GST

GST has transformed the way we do business in India. Here’s how the GST brought major benefits to businesses.

The credit for the tax paid at every stage of the supply chain has been given to the buyers, which they can use to offset the purchase they make at the next stage. In addition to reducing the tax burden on the buyer, this has reduced the manufacturing and selling price of the product.

At the end of the day, this reduction in extra costs has helped consumers save more with every purchase, leaving them more satisfied and ready to spend than before.

When goods are moved between two different states, a combined tax called the IGST (Integrated GST) is collected by the central government. This integrated tax is the sum of the SGST and the CGST. For example, if the SGST and CGST are charged at 12% each, then an IGST of 24% is charged on interstate trade.

In addition to doing away with tax cascading, the GST streamlines taxation with simple compliance procedures. The GST system has standardized tax rates across states and is governed by a single tax authority: the GST Council. Tax handling is easier as the entire taxation process moved to an online platform known as the GST portal. From registering for the GST to filing returns, everything is done online through the GST portal. This has provided increased self-reliance for small and medium businesses, reducing costs and freeing up resources that were previously spent to manage taxes.