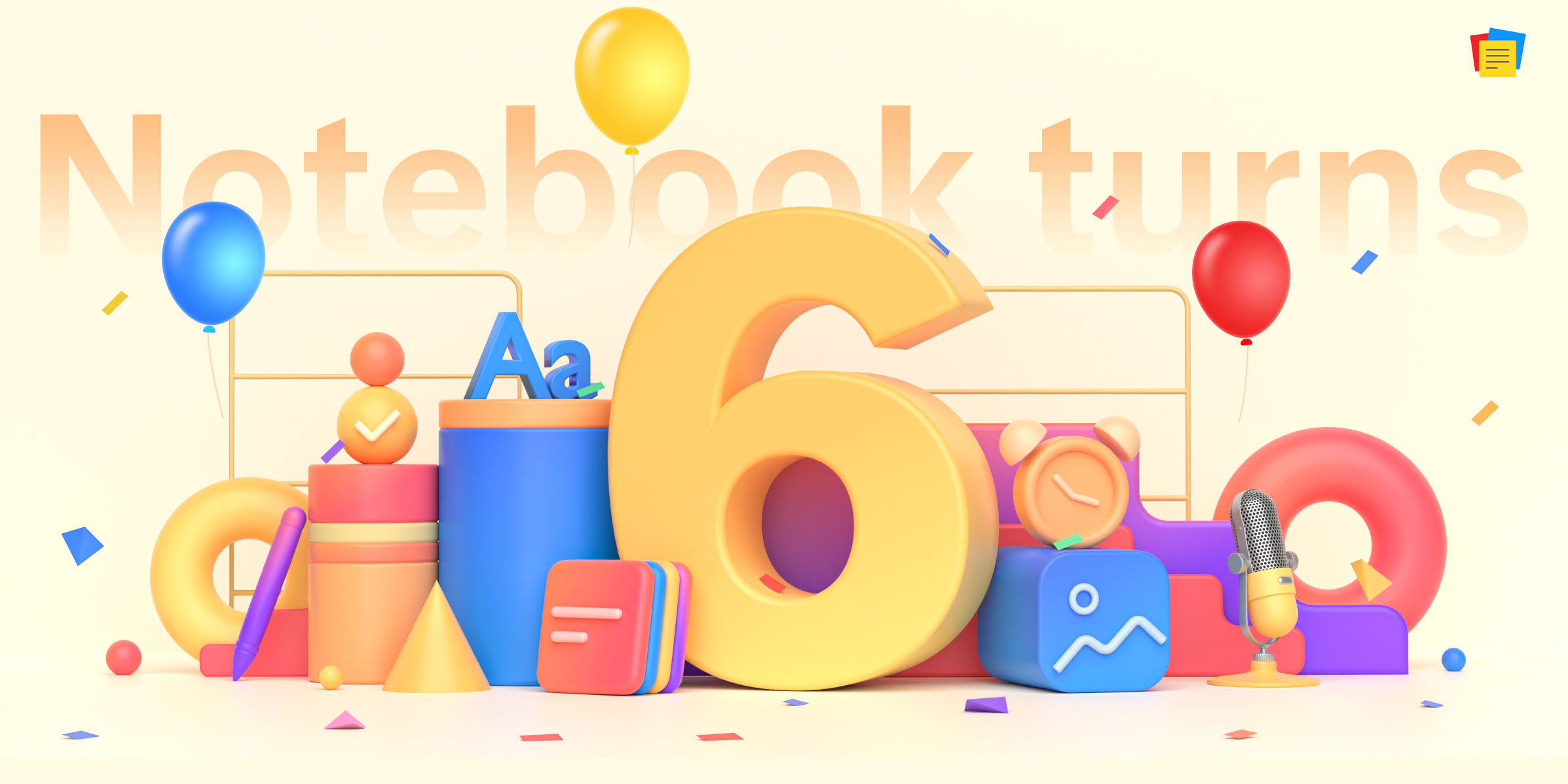 We’re delighted to share that Notebook turns six. We’d like to thank all our users for helping us get to where we are now. What started as a simple note-taking app with a beautiful design has grown into a full-fledged productivity app, without losing the simplicity and unique design. Let’s take a look at our journey so far.

When we first conceived Notebook, we wanted to build a simple note-taking app which could be used without a steep learning curve. As such, we focused a lot on app design to aid its simplicity. With decades of experience in building cloud products, it wasn’t difficult for us to build Notebook to sync notes across devices. 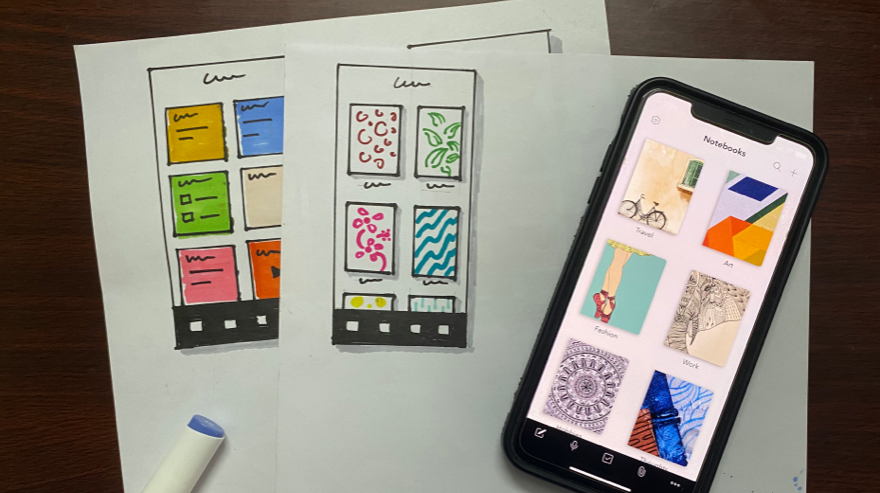 We believe that different types of notes should be treated differently. That’s why we introduced Note Cards, which are designed to complement the type of note you’re taking. Since Notebook holds your ideas and memories, we thought you should be able to customize it, too. You can choose from a variety of hand-drawn covers from our in-house artists or add your own custom notebook covers. Once inside a notebook, you can color coordinate your notes with colors we’ve provided, or by making your own.

Mobile devices have taught us new ways to interact with applications through multi-touch gestures. As a mobile-first app, we were meticulous in our design to incorporate the familiarity and ease-of-use of your smartphone while using the app. We took great pains in perfecting how objects react to your touch and how Note Cards behave like magnets when you group or ungroup them. More recently, we launched sharing and co-working in Notebook, which has helped our users collaborate with their colleagues and friends.

We launched our mobile apps on the App Store and Play Store in 2016, followed by a Mac app in 2017, and a Web app in 2018. Today, in addition to these stores, Notebook is available for Windows and Linux.

For all this and more, we wanted to thank our users for trusting us and coming together with us. We’re hosting an Ask the Experts Event on 28th June from 9am to 12pm EDT where you can ask your questions or share your feedback. We’re also working on some real cool stuff for the future, so watch this space for more announcements from us.

Thank you for your continued support—and happy note-taking!