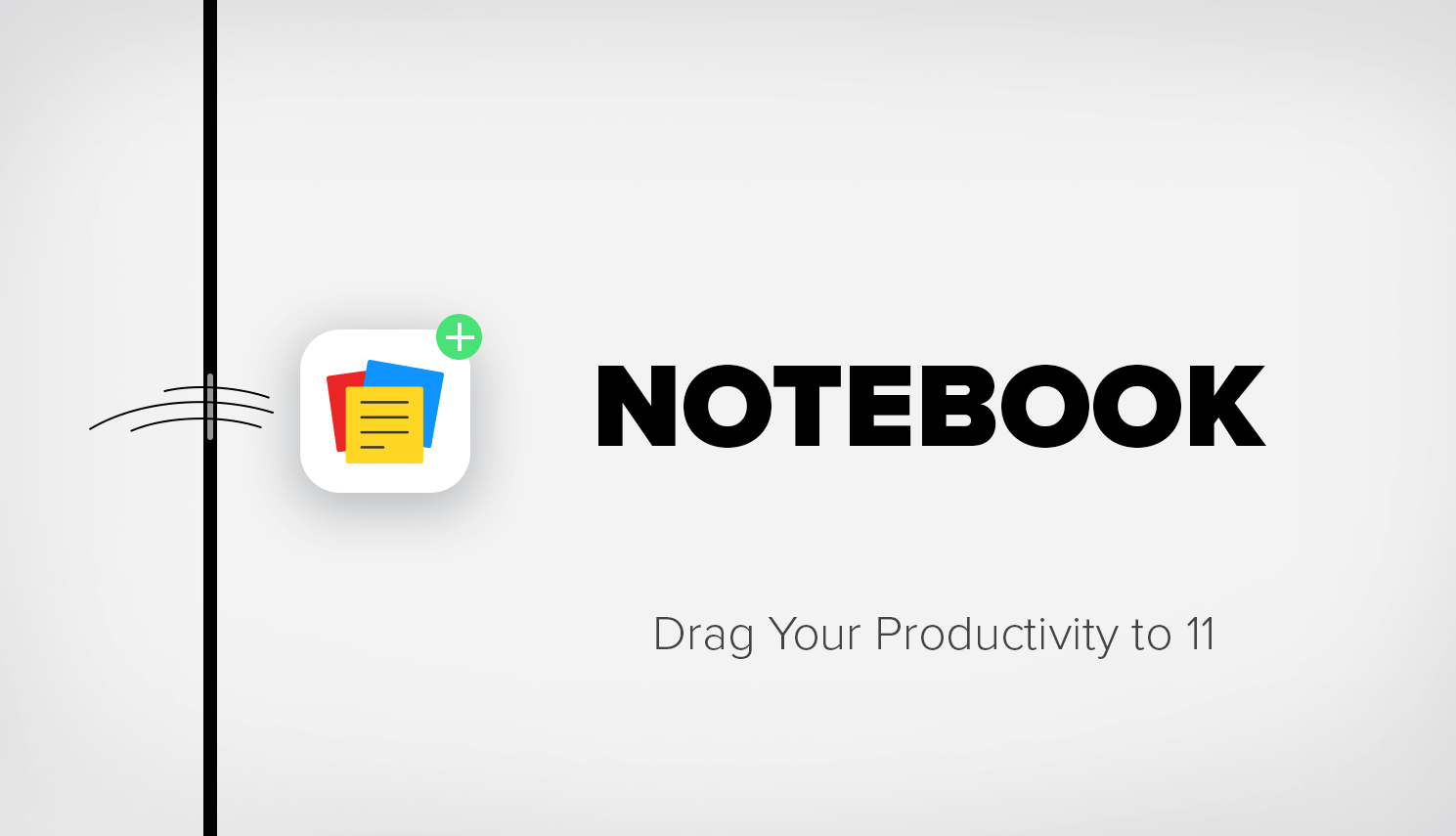 iOS 11 here, so naturally we’ve updated Notebook. To put it simply, we’ve gone all in on iOS 11 across devices, with the biggest changes coming to iPad Pro. Now you can drag and drop note cards within Notebook and across apps. Your fingers are in for a workout.

iOS 11 is a big deal for iPad Pro; it’s allowed us to teach Notebook a whole bunch of new tricks. Notebook for iPad Pro now supports drag and drop, giving you new and better ways to customize and organize your notes within Notebook, and move notes and content between Notebook and other apps as well.

Want to make one of your Photo Cards a notebook cover? Simply drag a Photo Card over the cover you want to change. Maybe you want to copy some notes to a new notebook. Drag a note you want to copy, or drag a note and tap others to copy several at once, and then drop them in the new notebook. Notebook for iPad Pro even gives you more flexibility for combining or breaking up note cards, which is unique to this device. Now you can drag Photo or Audio Cards into a Text Card to combine notes. Or drag images and recordings out of a Text Card to make them into individual note cards.

Thanks to Split View and Slide Over, moving notes and content between Notebook and other apps has never been easier. With iOS 11, your finger becomes a web clipper: Drag text, lists, images, and even links from Safari’s address into Notebook. But then, maybe you need to set a reminder. Drag a Checklist Card, or specific items in your checklist, and drop them into the iOS Reminders app. Or maybe you want to save a file from Notebook onto your iPad, or vice versa: Simply drag the file either direction. It’s all that simple.

For more info about drag and drop on Notebook for iPad Pro, please check out this page.

iOS 11 isn’t just for iPad Pro. It’s enabled a few goodies for the iPhone and Apple Watch, as well. For iPhone you can drag and drop within Notebook: You can change Notebook covers and copy multiple notes at once, just like on iPad Pro. You can also dictate text and checklist notes to Siri, on any device. And for Apple Watch OS 4, you’ll have custom controls for Audio Cards. Plus Photo Cards will now auto rotate.

Another Notebook update is on the way and will be arriving shortly. It’s going to be a big one across devices. And yes, it will include the Notebook web app. Stay tuned.