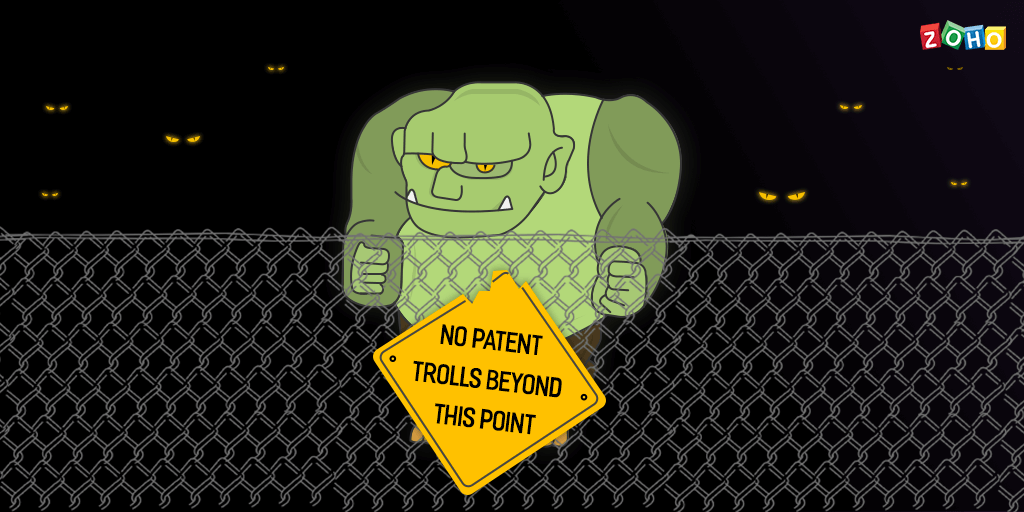 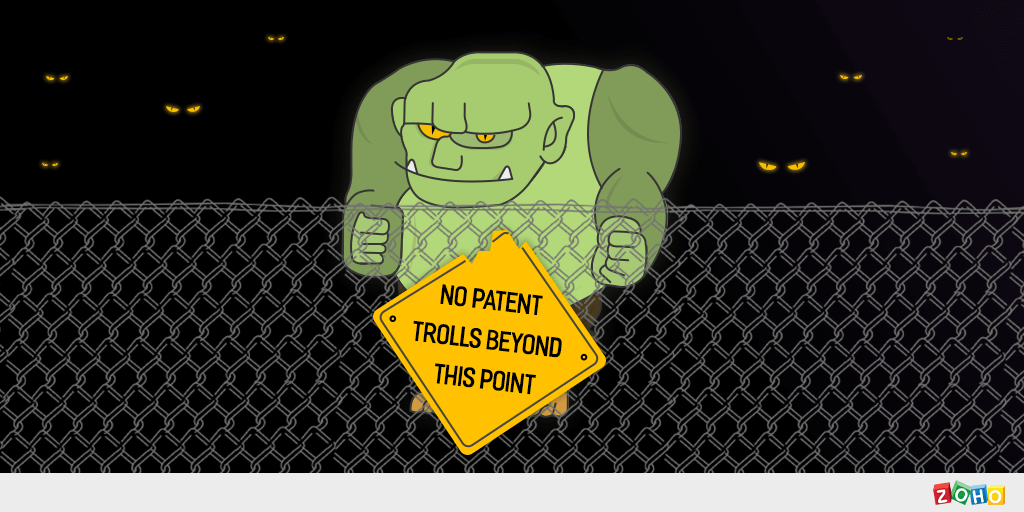 Yesterday, the Supreme Court dealt a major blow to patent trolls all across the U.S. For decades, technology companies have been an easy target for frivolous patent suits. Arguing that most judges don’t have the technical expertise to preside over most software patent cases, predatory litigants have managed to shift more and more cases to a single federal court system: the Eastern District of Texas. As a measure of how skewed IP litigation has become, this rural court, seen by many as “friendly” to plaintiffs, presided over 44% of all patent disputes in 2015.

This striking imbalance arose as a result of a procedural rule that allowed plaintiffs in patent cases to choose the venue in which the suit would be decided. Rather than limiting the possible venues to the states in which either the plaintiff or the defendant are incorporated, this rule allowed litigants to sue anywhere the product in question is sold. Yesterday’s unanimous 8-0 ruling by the Supreme Court reversed this precedent, leveling the playing field in legal disputes over intellectual property.

Emboldened by this ruling, we’ve decided to speak openly about what we’ve done to defend ourselves against patent trolls and what we plan to do in the future.

A patent troll by any other name

Recently, Zoho found itself pitted against well-known serial patent litigant Versata Software. Outwardly, they position themselves as a software company that seeks to “invest capital and operational excellence to revitalize world class software and technology companies for sustainable success.” But, in actuality, there doesn’t appear to be much substance to back up that lofty mission statement.

Back in the early 2000s, Versata was Trilogy Inc., a high-flying software company headquartered out of Austin, Texas. However, following the dot-com crash, Trilogy appears to have shifted its focus to a broad patent monetization campaign. It acquired IP from distressed companies and filed more than a dozen patent lawsuits. Under the name of Versata Software, Trilogy morphed into a patent troll.

In essence, patent trolls make money by suing other companies for dubious patent infringement. These malicious actors acquire patents with the sole purpose of asserting them (threatening litigation) against real software companies that are designing, developing, marketing, and selling valuable products. Within the software industry, patent trolls are the lowest of the low, exploiting America’s complex patent laws to make a quick buck in bad faith. As someone who—over the last 20 years—has built a company from the ground up, I wonder how patent trolls can tear down what others have built and still look their children in the eye at the end of the day.

Like most trolls, Versata was “willing” to settle—if Zoho would license Versata’s bogus patents for a significant royalty. The settlement amount was (strategically) less than what it would likely cost to litigate. They were banking on Zoho acquiescing rather than putting up with the distraction of litigation and a trial. That’s a good gamble: Litigation is costly and taxing on management. But what Versata didn’t factor into its analysis was Zoho’s resolve.

Zoho has received many extortion letters over the years. In the past, we seethed and held our noses as we tried to get out from under them as painlessly as possible. However, Zoho isn’t a fledgling company anymore: 25 million users depend on our cloud business apps, and over 65 percent of Fortune 500 companies use our ManageEngine IT management software to keep their information technology infrastructure up and running. As we’ve grown, we’ve become more visible, making us an appealing target for predatory trolls.

When the Versata suit arrived, we told ourselves that it—like the suits before it—was just another business tax. But it wasn’t a tax; it was a shakedown. With the resources to back up our principles, we’ve decided to take an aggressive stance against a practice we find morally reprehensible: We’re going to fight the trolls. Bootstrapped and privately held, we still spend money like it’s our own, so Zoho works hard to minimize financial risk and unnecessary expenses. However, fighting trolls is something we take very seriously. We fight for every business that is struggling to build an honest company. We fight because we know it’s right.

Over the course of the litigation, Zoho managed to whittle the Versata case down to one patent—US patent 7,092,740. The ‘740 patent, which purports to have a priority date of April 2001, claims to cover software technology that allows information or data to be displayed on a “space-constrained device.” As such, Versata sued Zoho, complaining that our mobile apps violated their patent.

First off, it’s laughable to think that displaying information on a small screen is a patentable idea. Beyond that, though, imagine for a moment that we lived in a world where a patent could be granted for displaying information on a space-constrained device. Surely, somebody implemented this basic concept well before April 2001, right? Absolutely: In 1981, Adam Osborne invented the first portable computer, a product which unsurprisingly displayed data on a “space-constrained” screen when compared to its predecessors. This obvious fact was a problem for Versata’s case because patents are invalidated if someone else was practicing this “innovation” before the patent was filed or granted. Knowing that the portable computer and many other technologies practiced what the Versata patent claimed to cover, we liked our chances to get the suit thrown out.

We were right. After three and half years of litigation, on October 3, 2016, Judge Sam Sparks of the Western District of Texas ruled in favor of Zoho, saying that it was essentially impossible to determine when a display is or isn’t “space-constrained.” The ruling was sweet vindication for us and a huge loss for Versata. Not only did they lose the case, but the patent itself was deemed invalid, meaning they can no longer use it to squeeze money from anyone else.

However, Zoho didn’t stop with the court ruling. We immediately filed to recover attorney’s fees from Versata. We knew this was a long shot, and it would involve more legal fees, but we didn’t hesitate. We wanted to hit them where it hurts: their balance sheet.

On February 15, 2017, we got the news that the court had ordered Versata to pay Zoho $60,000 in litigation costs. It was a far cry from what our team spent in money and time defending ourselves from this frivolous lawsuit. But for us, this was never about money; it was about taking a stand against patent abuse. This kind of strong stance is becoming more and more common across the industry.

Patent laws were introduced over five hundred years ago to both promote advancement in science and the arts and encourage economic expansion. With the protections of a legally enforceable monopoly in place, inventors could monetize their efforts to recoup the significant upfront investment of time and money required during the development phase. Patents were designed to incentivize innovation; they were never intended to be traded and exploited to extort money from legitimate companies doing honest business.

Over our 20-year journey as a company, there have been many twists and turns. We know that in business—and in life—nothing is ever guaranteed. All we ever wanted was a chance to succeed, an opportunity to control our own destiny and have our success (or failure) be determined by our execution.

Under the current patent system, up-and-coming innovators don’t have that opportunity. If a viable business can be threatened or even destroyed by exploitative legal practices, it’s time to change the system. Patent trolls like Versata are a threat to legitimate software companies everywhere, from established names in the industry to the next generation of inventors toiling away in dorm rooms and garage workshops. Patent trolls should not be permitted to sit back and assert flimsy patents against real software companies that add real value to our economy.

According to Pricewaterhouse Coopers’ 2017 Patent Litigation Study, patent abuse is becoming a less profitable endeavor, but there’s still a long way to go. We need to rid ourselves of this parasite class of companies that is sapping the innovation, energy, and life out of our industry. Zoho is strong enough to fight back when trolls like Versata show up on our doorstep—from now on, we won’t pay $100 or $100,000 to settle a frivolous lawsuit—but not all companies are so lucky or so stubborn. Without the wherewithal and resources to defend themselves, many promising companies may go under, taking all their innovation, ingenuity, and passion with them.

Despite yesterday’s ruling, the future of patent law is uncertain—no one knows if, when, or how the current administration will address this pressing issue—but there’s one thing that’s not in doubt: Anyone who builds products, employs people, and adds to the economy should be offended by the behavior of patent trolls. As a unified industry, if we reject troll tactics, if we refuse to be pushed around and stand firm on our intellectual property, we can defend and reinvigorate technological innovation, here and around the world. All it will take is the guts to say, “No more.”

Update: May 11th, 2017
Recently, Zoho has had two more major victories against predatory patent trolls: Zeno Holdings, LLC and MMP IP Management LLC dropped their patent claims against Zoho (patents US 9118773B2 and US 8321459, respectively). By refusing to roll over, Zoho is making itself an unappealing target for frivolous patents claims.