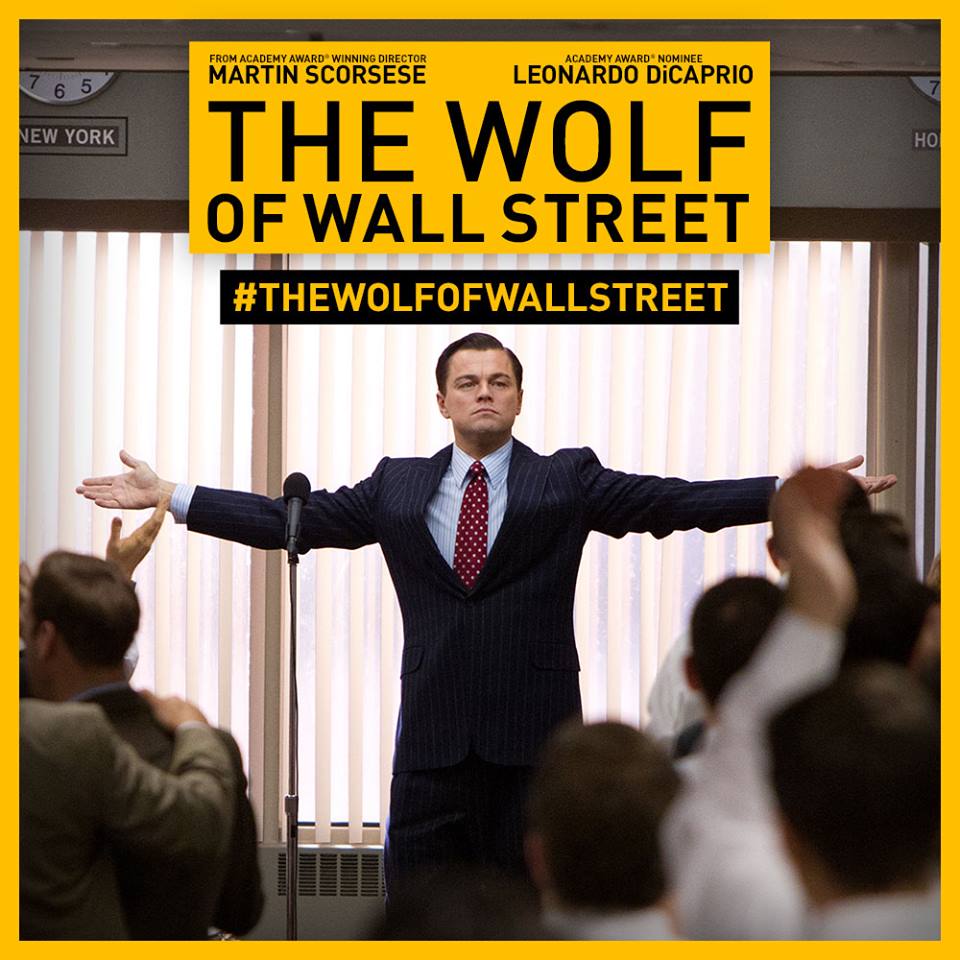 I’m the antithesis of a movie snob. For me, movies are a source of entertainment. A chance to disappear from the real world and lose yourself in the characters and the plot for a couple hours. I don’t analyze every last detail. I don’t look for deeper meaning in every scene or scrutinize the cinematography. If I’m entertained, it’s a good movie in my book.

So when it comes to the Academy Awards — airing this Sunday night — I’m on the outside looking in for most nominees in the coveted, “Best Picture,” category.

For this first time ever, I made it a point to see as many of the nominees as possible. One of those was Martin Scorsese’s latest project “The Wolf of Wall Street.” If you haven’t seen or heard anything about this movie, it is the story of the rise and fall of stockbroker Jordan Belfort (played by Leonardo DiCaprio).

The picture received both critical acclaim as well as scrutiny due to its language and graphic content. I enjoyed the movie, but I do understand that it is not for everyone. The lives portrayed by DiCaprio, Jonah Hill and other actors are larger than life. At one point DiCaprio is sitting on his yacht and literally throwing $100 bills into the ocean calling them “fun coupons.” It’s the ultimate tale of excess and greed and the characters pay for it in the end.

Regardless of your feelings on the movie, I think there is more to it than lavish company parties and rich guys blowing millions of dollars on cars, helicopters and houses. Sure, a large part of what Jordan and his firm were doing was illegal, but at the heart of it there are lessons every sales team and salesperson should know.

Don’t worry, these lessons are 100 percent legal and won’t land you behind bars.

“Sell Me This Pen”

This is now a standard interview question for candidates applying for a sales job. In the movie, DiCaprio’s Belfort teaches his sales team their first lesson by pulling out a pen and saying, “sell me this pen.” After a few attempts, one character takes the pen and asks Jordan to write his name on a napkin. Jordan doesn’t have anything to write with and has to ask for a pen. Boom. He made the sale.

In sales, you have to recognize a need and you have to create a sense of urgency before you can convince someone else your product is the answer. Even if you know your product is superior, it is difficult to make the sale without first exposing a need, as well as the consequences of not making the purchase to the potential buyer.

Along with recognizing a need, Belfort was also incredibly determined to make the sale, no matter what. He wouldn’t hang up the phone until the deal was done. DiCaprio’s portrayal of Belfort establishes rapport with the customer right away to gain his or her trust. After that, he would then continue talking until he made the sale.

There are a lot of ups and downs working in sales but it is important to continue selling. Practice your opening and think about making a connection with the potential customer as soon as possible.

If you’ve seen the movie, you know the atmosphere and culture at Belfort’s brokerage firm, Stratton Oakmont, was beyond ridiculous. However, outside of the spending habits and lucrative parties, Belfort created a competitive and energized atmosphere. How? He was an exceptional motivator.

Belfort had two meetings a day, shared inspirational messages and also offered incentives to top salespersons on a regular basis. Employees wanted to work hard and earn the most money because Belfort set high expectations with the company culture. As a sales manager, you don’t have to be as over-the-top as DiCaprio’s character, but you can set monthly goals, offer prizes to the top seller and motivate your team in your own way.

Along the same lines as motivating and keeping your sales team happy, it is important as a sales manager to train your team well. Belfort was able to successfully transform uneducated and unqualified people into selling machines because he had a simple and effective sales strategy.

Hire the right people — not necessarily the most experienced — and then nurture them to ensure they are successful. It may take a little time, but it is a valuable investment in the future success of your company and sales team.

Despite the future actions of Belfort and Stratton Oakmont, it is important to understand that like all entrepreneurs and small business owners, Belfort overcame adversity and started from nothing.

After losing his job on Wall Street when his firm crashed, Belfort took a job selling meaningless penny stocks. Belfort didn’t get discouraged. In fact, he used his competitive nature and knack for selling to pick up the phone and make it happen. He was determined to be successful and he had a vision.