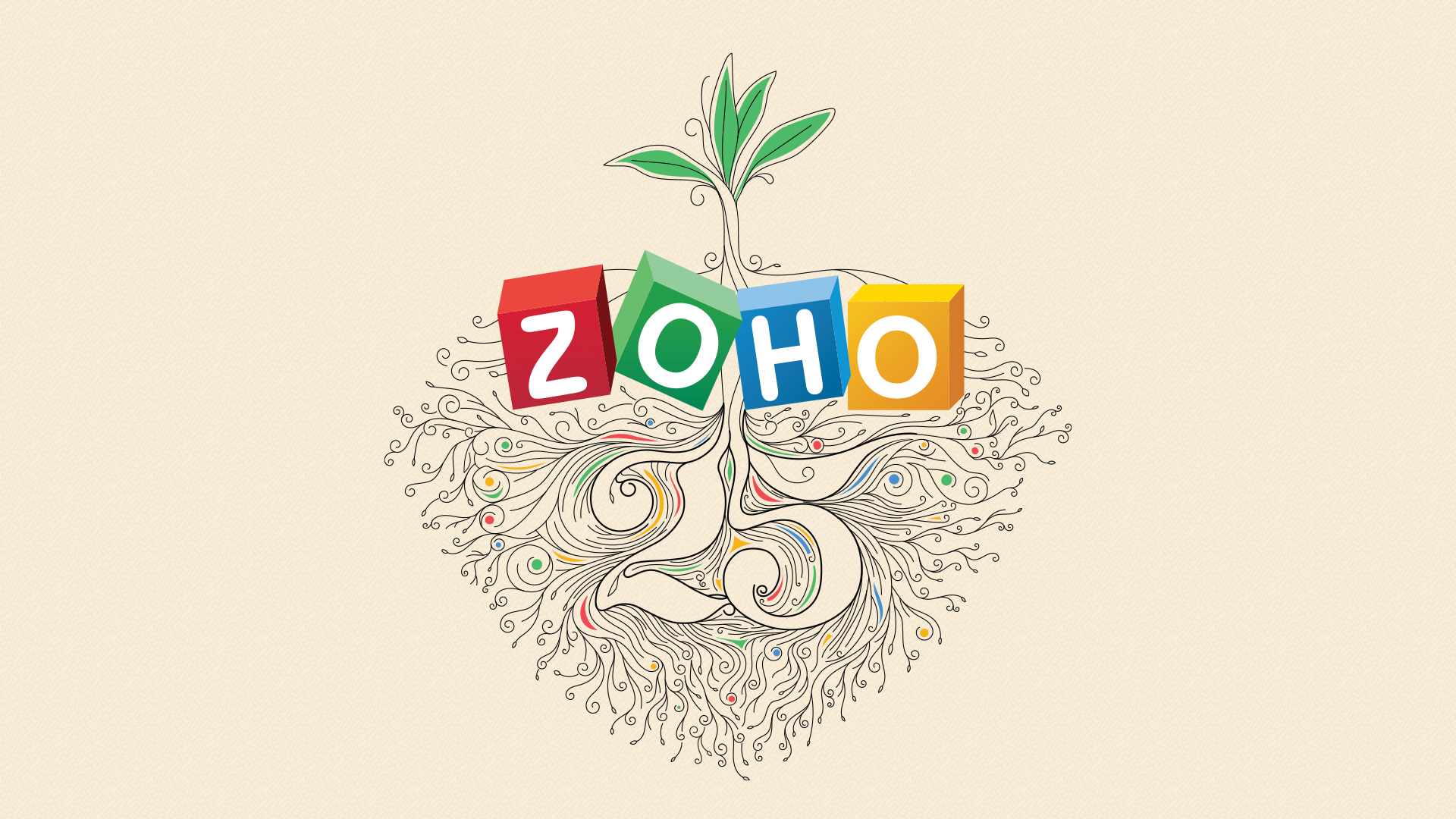 Yesterday, I met a lady in our village. I asked her how old she was. She gave me the village answer "Who knows all that? No one kept track of all that here." I nodded in agreement because that is how bootstrapped companies often are too!

All we know about Zoho Corp is that we were born sometime between late 1995 and early 1996 and we acquired the Zoho.com domain sometime in 2002 and changed ourselves to Zoho Corp in 2009. We have definitely completed 25 years in business, but we cannot be sure when we were exactly born!

When you are bootstrapped, you don't tend to think of any particular date as "This is the day the business started". At that time, my co-founders and I were thinking of it as "Let's see if we can figure out how to put food on the table" and we were not sure we already were in business yet!

In fact, I declared "We are a real business" only sometime in early 1998 when we were able to pay ourselves modest salaries (and therefore met my definition of "we put food on the table") and by then we already had revenue run rate of well over $500,000 per year.

I want to provide details of our early history because they are not well-known. There were two bootstrapped entities, one in the US and one in India back in 1995. In the suburb of East Tambaram in Chennai, India, my brothers Kumar Vembu (now founder and CEO of GoFrugal and also active in Zoho Corp) and Sekar Vembu (now founder and CEO of Vembu Technologies) and Shailesh Kumar (who heads our Engineering and Zoho Labs today) started a bootstrapped operation at home. Kumar returned from the US after a very brief 1-year stint, and found some contract software development work in the field of telecom software and that was how he paid the bills.

In the US, our co-founder Tony Thomas, who I talk to almost daily to seek his wisdom, my personal daily Buddha, started a bedroom operation in New Jersey in 1995, and he brought in our co-founder Sreenivas Kanumuru (CEO of vTiger). Tony's elder brother Joy Thomas, who recently passed away (RIP, Joy) and one of the all-time great students from IIT Chennai, helped Tony with a personal loan. Tony had started to work on a library for the SNMP API protocol in Java.

As of late 1995, I was not in the picture, other than advising my brothers. A common friend from IIT introduced me to Tony (who was 3 years ahead of me in IIT and I did not know him during my student days). I then introduced Tony to my brothers in India. They started working together in mid to late 1996.

I moved to silicon valley in April 1996, and I was trying to figure out how to stay afloat. I initially tried my hand to build hardware. I was miserably unprepared and blew my life savings. To pay my bills, I was doing some contract programming work for a couple of companies, including a stint as a bug fixer for an ATM switch software company that had been acquired by Cisco. I spent countless nights in the lab figuring out obscure bugs in pre ANSI C code. That was trial by fire for this Princeton PhD and I had already made up my mind I would never ever use my PhD to get a job and I wanted to work in the trenches of software. So the bug fixing job was ideal for me, it allowed me to understand code in a raw and personal way.

In early 1997, as my contract gig was winding up, Tony came to silicon valley to drum up business for his SNMP protocol software, and we met for lunch. He asked me if he knew anyone who could help him sell his software. Of course, he could not afford to pay anything. I told him "I will try my hand if you are up for it". Tony agreed.

So I "joined" in May 1997. I put "join" in quotes because there was no job to join. I just printed up a bunch of business cards for $10 at Office Depot that said "VP of Marketing and Business Development, Advent Network Management", which was Tony's outfit at that time.

The immediate reason I needed the business cards was that Tony asked me for help in a 10x10 booth that he had rented in the famous Las Vegas trade show Networld + Interop and he needed people to staff up the booth.

To my own surprise and Tony's surprise, I made some sales at that event. I was not a good salesman (actually I was more like a sales engineer who would explain the software well but then forget to ask for money!), but then Tony was even worse than me, so by the law of comparative advantage I became the salesman!

Since I had some savings to draw on, I started to do this full-time from that point on. That year in 1997, we crossed $350K in sales and we ploughed it all back into R&D for our next product (Web NMS) and did not pay ourselves. We still were operating as independent companies, one in India and one in the US, the India one doing product R&D, and the US one doing sales.

In 1998, our sales crossed $1 million and only in mid-1998, we started paying ourselves modest salaries. In 1999 sales more than doubled helped by the adoption of Web NMS.

Until 1999, I kept my "VP of Marketing and Business Development" card and Tony started to put pressure on me to take over as the CEO from him. He told me "You are the visionary and business guy, you need to run this company!" and I resisted the idea for a year. I told him "It is not good for the CEO to be the first salesman the customer talks to, they would think the company has no salespeople!" (actually, that was true, the company had no salespeople!).

That was when we brought in a professional salesperson, and they taught me real sales by tripling revenue in 2000 and we were on our way to $10 million in revenue. Finally Tony persuaded me it was time for me to become CEO and that was that.

Then the dotcom/telecom bust of 2001 arrived, followed by September 11. Business pretty much dried up.

It was obvious to me that the telecom market was not going to come back and all our revenue was from that market. We had cash in the bank and had young and eager engineers.

I figured out a reinvention strategy and that involved ManageEngine and our cloud division Zoho.com which were born in 2002 and 2005 respectively.

The rest of the history is reasonably well-known.

This company's history is essentially powered by R&D and with committed people.

Like the lady in our village, we hope to stay humble and true to our roots, no matter what our age is.

Thank you all for your support. We hope we can make an impact in our own way! 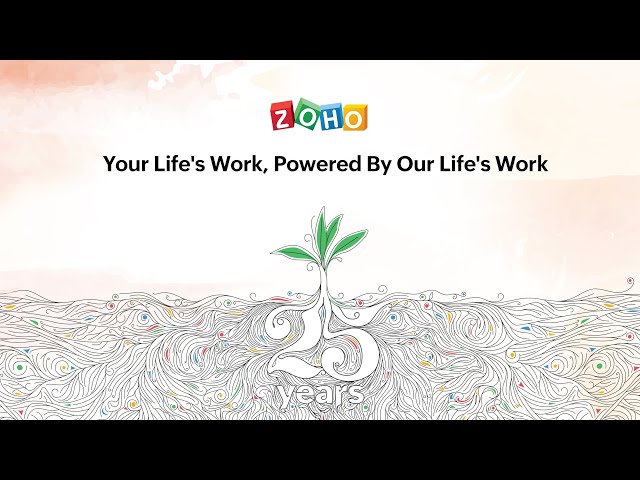