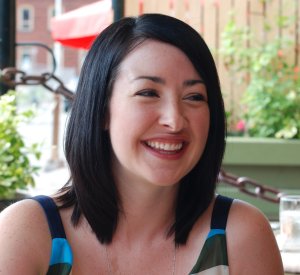 For her six years out of college, Tara Berthier (@tberthier) has worked at a string of speakers agencies, Speakers Spotlight and the National Speakers Bureau. Just a year ago she started TLB Talent and last month she launched Speakers Boutique, a speakers agency with offices in Toronto and Halifax, Ontario Canada.

A troublesome history with CRM applications

Berthier was introduced to CRM applications right out of college. They were a must for any speakers agency that not only have to manage talent, but also customers and prospective customers.

First job out of school was at the National Speakers Bureau where they used a CRM application called Maximizer. It was Berthier’s first ever experience with CRM. She had never been exposed to CRM or even know it was called CRM. Regardless, she found Maximizer to be not user friendly and a little complicated.

Her next job was with Speakers Spotlight, and they used ACT! for which Berthier referred to as “the worst.” She complained that it was slow, complicated, and was loaded with useless features. Her greatest aggravation was how cumbersome it was to complete the simplest tasks. For example, with ACT! there was no way to move a large amount of tasks forward in the calendar, said Berthier. You had to manually move them one by one. She faced this tiresome task every time she came back from vacation and faced a series of assigned tasks whose dates had passed. Her first day back at the office from a vacation was spent manually rescheduling her tasks.

After learning the business from two established companies, it was time for Berthier to break out on her own. She started her own company, TLB Talent, for which she used Google Docs, an application she loved. Being that she was a young entrepreneur with loan debt, she began searching for free CRMs that would work with Google Docs. She stumbled across Insightly and decided to give it a try. Given her past experience with Maximizer and ACT! she didn’t have high expectations for any CRM application.

Unfortunately, Berthier wasn’t disappointed. She found Insightly to be just as frustrating as the previous CRM applications. She felt it was a dinosaur when it came to graphics and it was slow and non-intuitive. But since she was a young entrepreneur with poor cash flow she felt at the time it was worth it to slog through this application and get out of it what she could.

After months of frustration with Insightly, Berthier had enough. She started searching for another Google App friendly CRM application and stumbled across Zoho.

“I decided to try Zoho and it was night and day,” said Berthier. “It’s cleaner. It’s fast. When I’m using it, it just makes sense.”

With all the previous CRM applications she found herself looking things up constantly on Google, calling support, or asking colleagues how to do certain tasks.

“With Zoho it’s almost as though it reads my mind. It’s so user friendly and intuitive,” she said citing the ease of importing all her contacts from Insightly into Zoho. It was a task she admitted she was dreading yet was happily surprised when everything came in perfectly, without a hitch.

A CRM application is only valuable if you use it

With only a couple of months of Zoho experience under her belt, Berthier is using the CRM application for its most basic uses. She puts in potential leads and logs all her communications. If she doesn’t hear back from someone she puts a task to follow up with them in a week.

“When I had Insightly I didn’t want to use it,” Berthier complained.

Prior to Zoho Berthier admitted she had poor organization with all her communications simply because she wasn’t actually inputting data into the CRM. “Those things were incredibly disorganized at my last company because I dreaded using the application,” she said.

Berthier became so discouraged with Insightly that she just avoided using it. As a result she found herself going through 800 emails just to try to figure out what her last communications was with a specific contact.

Zoho turned that all around. She actually likes using the application.

“Now, I go to my office and [Zoho] is the second thing I open after my email. It’s made me a more efficient worker. Much more organized. I feel much more in control with my work and my ability to be a good agent,” she said.

Berthier used to look at CRM as being a necessary evil. She knew she had to have one for her company, but she also realized that you have to use it for it to serve its function.

“It’s a pain in the ass to have to log all your communications,” said Berthier. “But it’s essential to keeping organized and motivated and knowing what your next day is going to look like and being on top of things.”

Her advice for others is to “find a CRM that’s easy to use and doesn’t make you depressed by the site of it.”

“My [first] business would have looked a lot different if I had found Zoho,” said Berthier. “I would have done more work. I would have definitely reached out to more people. I would have felt more confident with my abilities as an agent instead of scrambling every day and feeling disorganized and just discouraged overall.”

As a side note, I thought you’d be amused that we discovered Berchier through a tweet, in which she announced:

With praise like that, we had to talk with her.

Listen to our full 15 minute conversation here on Soundcloud.