Young Eric Hans Schaefer organizes the bits of his very busy life and businesses all together on one single instance of Zoho CRM. 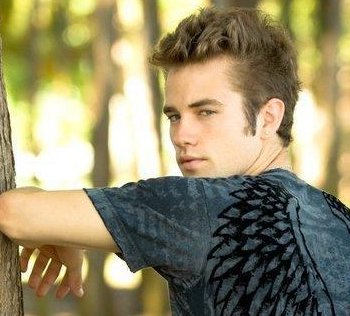 At 23, Eric Hans Schaefer has already become quite an impressive Renaissance man and entrepreneur. He runs a series of successful businesses including a luxury rental service in Hawaii, and an online video prayer site. On top of all those entrepreneurial ventures, he is a Christian artist that has worked as a standup comedian, actor, and musician that tours across the U.S. and the world. He used to manage all his life and businesses with a multitude of tools and a very scattered brain. Now he just uses Zoho CRM.

Schaefer started his luxury rental business with very little organization. While he scheduled lots of online advertising, he really didn’t have a system to manage the calls, the contact information, or payment processing. Realization hit him when the calls started flooding in and the information was being left on scraps of paper and digital files everywhere.

A woman who ran a companion tour company in Hawaii introduced him to Zoho. It was at this point he realized that this was the tool he could use to could organize all the elements of his multiple businesses and his creative pursuits. He immediately started using it and got ramped up in just a couple of months.

“Being able to use Zoho to help me out with my business has helped me fund my passion,” said Schaefer. “What I have found is that when I have so many different things managed in one spot I get a lot more productive.”

What’s so unusual about how Schaefer uses Zoho is how it manages his many different businesses and his creative pursuits. For each business and his tour schedule, he’s divided all the information into tabs.

Zoho has also become an information repository for Schaefer. He grabs screenshots and PDFs that he thinks would be valuable to his customers, tourists. He includes images so often in his use of Zoho that he would like a drag and drop feature with Zoho and see the pictures in line with the contact instead of having to download attachments.

Schaefer also wants greater management of his phone calls, especially as he’s taking many of his calls via his Android phone and he uses Zoho CRM on his Android phone. Zoho does have a Log a Call feature and there are plugins such as Ringio that offer similar services.

For someone who was in his same situation as he was, Schaefer recommends Zoho for the following reasons:

If you’re not using a CRM application such as Zoho, you’re losing money, said Schaefer.

“I was personally losing money because I was not having everything kept track of. I would call these places and not have the right dates and the right names of people,” Schaefer said. “I had credit card information strewn throughout my house.”

Now that’s no longer the case as he accesses Zoho from any device – his computer, iPad, and phone – and all the information is in one application online.

For more, listen to my full 16 minute interview with Schaefer.