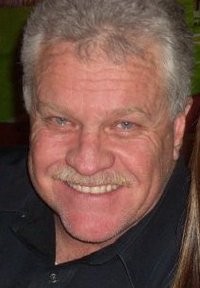 Mark Stacey was a 17-year veteran of desktop-based contact management and CRM software. While useful, he kept getting mired in the frustrating cycle of software upgrades. That all ended when he moved his CRM operations to the cloud.

Mark Stacey is the CEO of the Milagro Advisory Group, a business development and integrated marketing consultancy. He is also the co-founder of Alcance Media, a five-year-old advertising network for the Spanish marketplace.

Stacey has a long history of using contact management and CRM applications. Back in 1989, he computerized his Rolodex with a DOS-based version of ACT. Immediately, his business experienced rapid growth. He quickly became a convert to the importance of CRM systems.

While Stacey stayed with ACT for many years, he still faced a major challenge keeping up with the program’s evolution. Each version required new installations and proper training in order to take advantage of the upgrades. He was getting frustrated, yet he still upgraded.

When Stacey started his new company, Alcance Media, one of the board members suggested Zoho.

Up until that Zoho recommendation, Stacey wasn’t looking at any other CRM solution. He was just trying to get ACT and also Microsoft’s Business Contact Manager to work.

While Zoho CRM had all the functionality they needed, the fact that it operated in the cloud was its major selling point, said Stacey.

Stacey also liked the friendly interface which made it a lot easier to train his staff. Also admitting to not being technically proficient, Stacey claimed Zoho CRM is the easiest program he’s ever used.

It didn’t take long to jump on board with Zoho at Alcance and Milagro. After just a few weeks of importing, configuring, and training, his staff were all in the field utilizing Zoho CRM.

Before Stacey discovered Zoho he resigned himself to being frustrated with the tools he had. He advises others not to go through the same aggravation.

“No matter the size of your organization, you need to put your toe in the water with a program like Zoho,” said Stacey. “The savings and return on productivity cannot be dismissed.”

“Why wait?”, asks Stacey. He recommends anyone not already using CRM to open your own personal free account, play with it over the weekend and see if it can work for you.