Two weeks ago, my colleague posted an infographic on , “Work & Coffee: The Unbreakable bond”. It is true and I second that.  Now, I’d like to draw an analogy between “coffeehouse culture” and “social media” within an organization.

From the late 15th century, coffee-shops were the common meeting places for artists, musicians, writers and the like to share ideas and build their community. Coffee is considered to have aided the age of enlightenment and revolution in the 17th and 18th centuries.

Earlier, coffeehouses were social places where people met and debated on various topics of interest within the social circles. Modern coffeehouses are not so much about “coffee” but mostly about the “culture” that it brings along with it. “Coffeehouse culture” is all about allowing ideas to flow in from different social groups to meet and mingle.

A social network within a company functions more like “coffeehouses” facilitating workforce to be more interactive. The employees can be more out-going with their ideas leading to innovations. As much as each coffee shop has its own social climate and culture, each organization has its own culture too. Organizations can support an opportunity for collaboration among colleagues using a social network. 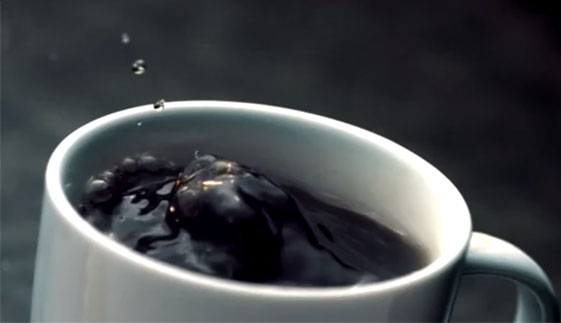 Learning brings vitality to an organization. Businesses that value and promote learning in all its forms, can reap benefits of its workforce in an environment that is alive and engaging. A social network inside the organization keeps workforce productively engaged, while transacting information that is relevant to them.

Imagine, a crowded space with individual tables for each group which is very typical of a coffee shop. A social network is also that “crowded space” with all its employees in it. Groups within social networks are those “individual tables” that allow teams to collaborate individually and effectively in small numbers. Each social circle may have its share of information and noise on the coffee table, so much so Groups will have their own share of information within the network.

Having shared this analogy, social media for companies is increasingly changing the way organization communicate and the way businesses function. The demand of staying updated at all times has become part of modern digital era.

As coffee refuels your senses, so does the social network for your company. Sip in this new business culture !