The Rio Olympics is here! And the world around us is going gaga over the trials, tribulations and triumphs of the various athletes competing in the events. From Michael Phelps continuing his gold-medal winning streak and raising the tally to 23 medals, to the first ever Refugee Team being inducted in the history of Olympics comprising athletes from several war-affected nations; people just can’t seem to get enough of the Olympic Fever.

Sports do not build character. They reveal it.

Sports are not only known to enhance the wellbeing of a person, but also help in achieving harmony and peace amongst people by giving them a healthy medium of resolving conflicts. It can be said that sports are one of the ultimate forms of self-expression. Not only have men and women for over years now, find it acceptable to purge their anxieties and aggression through sports; but they also feel that sports serve the higher purpose of unifying people for a common cause of achieving victory through fairness and integrity.

In an attempt to pay tribute to the sporting legends around the world, Zoho has introduced a set of Olympic-themed Emojis in an effort to heighten the form of self-expression that sports facilitate to people around the world. Zomojis, as we have happily named them, are here to join the Emoji Bandwagon, raising a toast to the spirit of Olympics encompassing unity, sportsmanship, peace and equality. 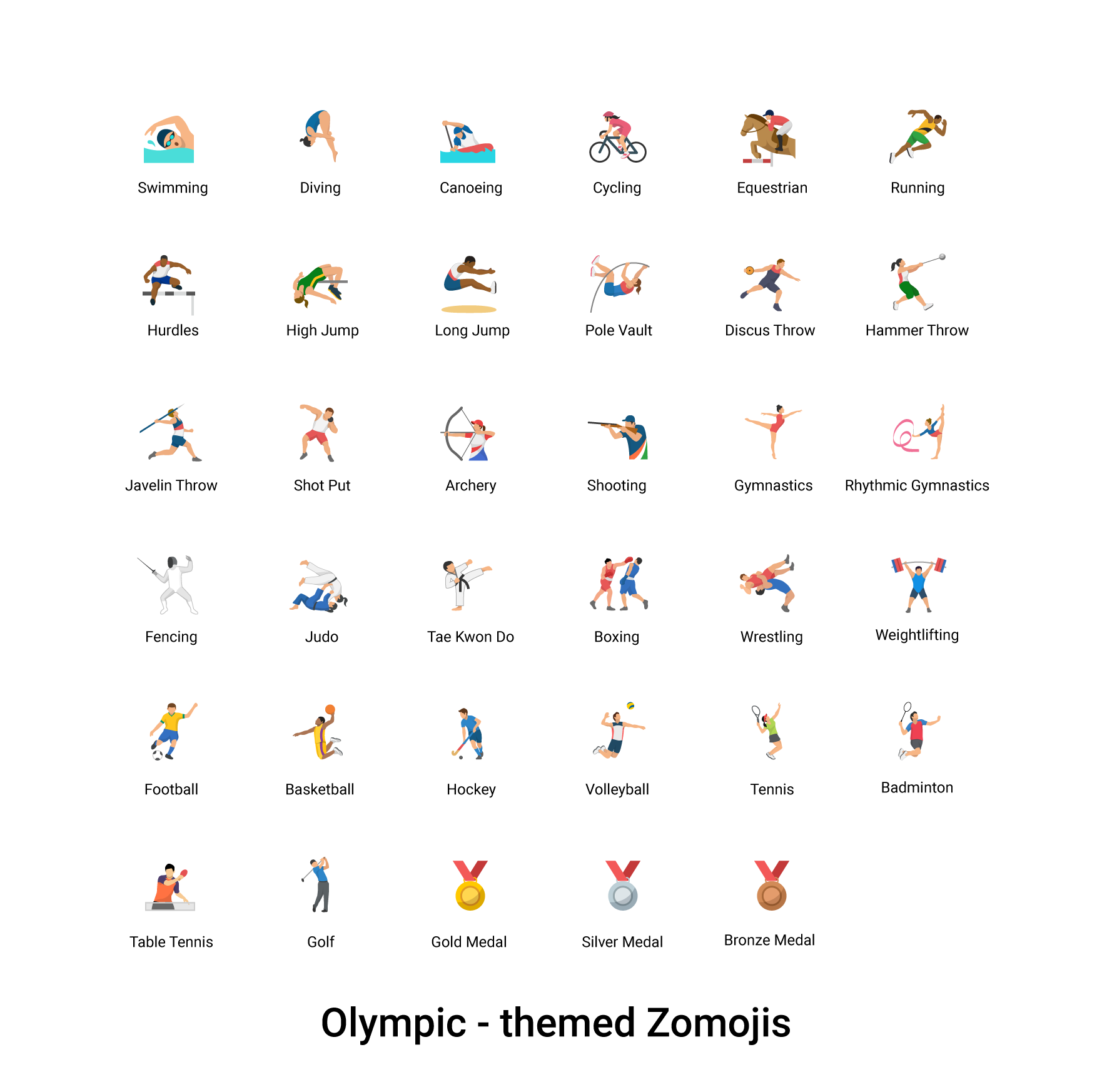 To add to the fervour surrounding the current Olympic Games, the curated set of Olympic Zomojis are based on the various sports being played in the current Games, such as, archery, weightlifting, rhythmic gymnastics etc. We also have shiny little emojis symbolizing the medals conferred in the Games.

So what are you waiting for?

The Olympics Fever is on. Be a part of it.

Use our Zomojis in your discussions with friends and colleagues about all the Olympic action and cheer your favourite sportspersons by signing up for Zoho Chat.

Note: The Olympic-themed Emoji set has been made available to the existing users of Zoho Chat and Zoho Mail.