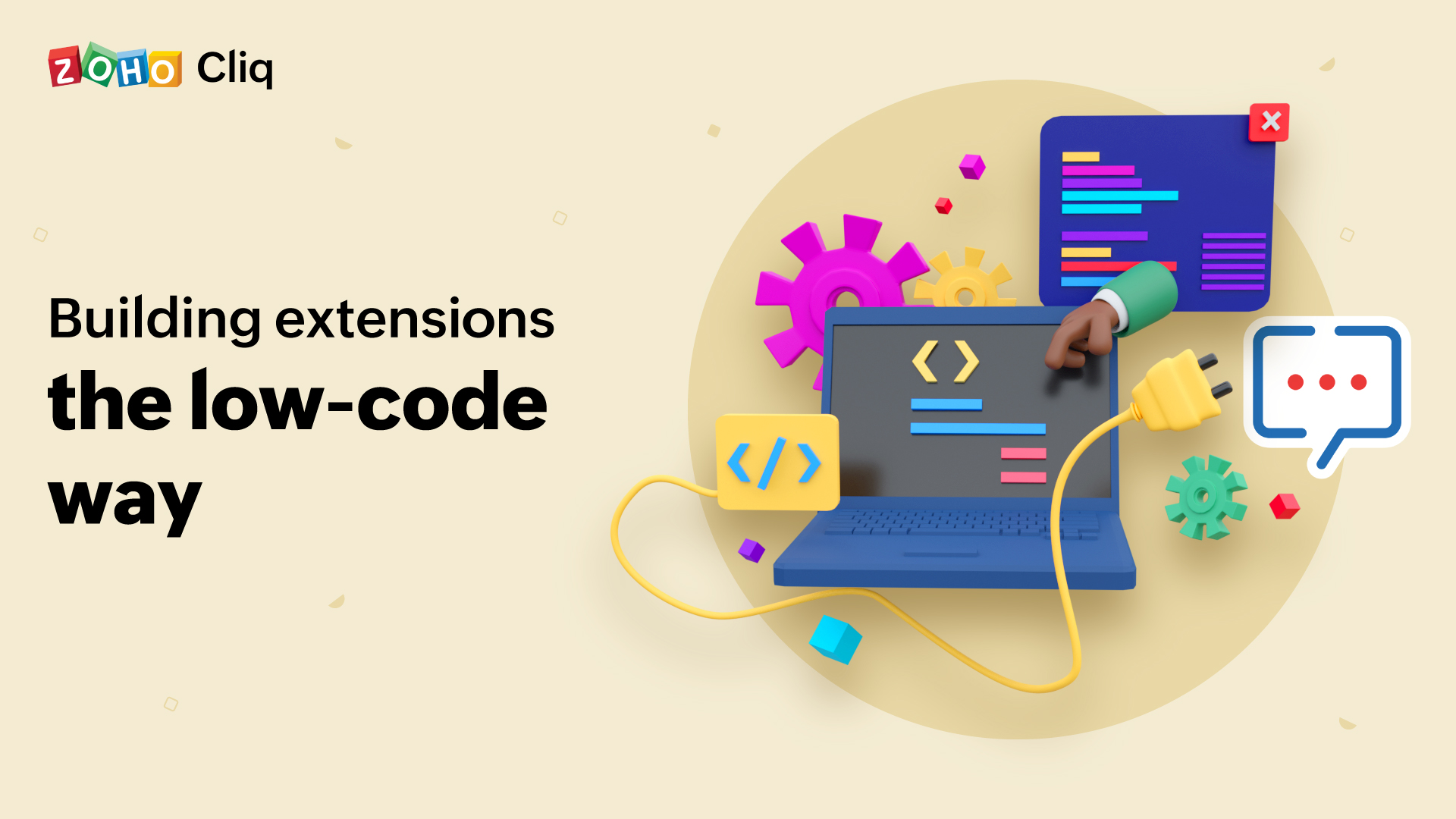 Extensions offer upgrades to the parent application, extending the features and functions of the primary application to fit specific needs. You could even call them small applications built within the parent application’s parameters. Due to the wide range of features and functions extensions can offer, it’s fair to assume building an extension requires strong coding skills and developer expertise. But this isn’t always the case. With the rise in low-code/ no-code (LC/NC) applications, even people who don’t have much coding knowledge or experience can create fully featured extensions to meet their unique needs.

So what does this mean? If high-level coding languages like C++ and Java seem too complex or difficult at this point in your coding journey, the opportunity to build LC/NC applications is good news. You don’t have to spend precious time studying different coding languages to develop an app you need now. With LC/NC movement getting more and more traction, you can easily develop apps with little to no coding knowledge. This LC/NC movement is not only favorable for new developers but also for coding veterans, as it reduces time needed for development. This opens up more time for testing and polishing products. According to a study by Gartner, 70% of new applications developed will have LC/NC technologies by 2025.

Cliq supports building extensions in different ways. There are two reasons for this:

Deluge offers an intuitive, low-code way to build an extension in Cliq.

As programmer and consultant Andrew Hunt said in The Pragmatic Programmer: From Journeyman to Master:

To borrow this metaphor, let’s say you want to paint a picture but you don’t have much experience with painting. You have two options in front of you. The first option is that you get a canvas. You also get various stencils with which you can draw the outlines of the drawing you want before painting. If you choose the second option, you are not given the stencils so you have to resort to painting from scratch.. Of course you can paint the same picture with either of these options. But comparing the choices, the first one is a lot easier and less time-consuming.

Let’s use this analogy to describe building an extension. The painting is the extension and the instruments are the languages and their interfaces. Using the stencil is the LC/NC way of coding. If we want the best instruments to make our “painting” process easier, we should choose Deluge to smoothly help us write the extension’s code.

Deluge requires no extra work, such as installing third-party tools to run your code. It is readily available in runtime inside the Cliq platform itself. There are no technicalities to deal with. All you have to do is direct the behavior of the program depending on your use case. For example, take the Google Drive extension. One of the advantages of using Deluge is its connections. These connections help create the authentication flow easily and maintain it without any extra work.

Additionally, Deluge also offers certain predefined commands or tasks called Deluge Tasks. These tasks work flawlessly with internal components in Cliq. They also work with other Zoho Applications by automating select frequently used work loads to reduce the burden on the developer and save time. They also help replace multiple lines of API calls with a single line of code.

The other advantages of using Deluge to create an extension in Cliq are:

Depending on your needs and level of coding experience, there are different ways for you to create your extension in Cliq, but in nearly all cases, the simplest and easiest way to quickly create your extension is through Deluge. Whether you’re an experienced developer or someone just learning to code, try building your next extension in Cliq using Deluge to see how Zoho’s low-code option makes your workload easier than ever.

Just a guy who loves video games, anime and anything mythological. Learning new things is a blast for me and maybe that's why i love working on new extensions in Cliq :D