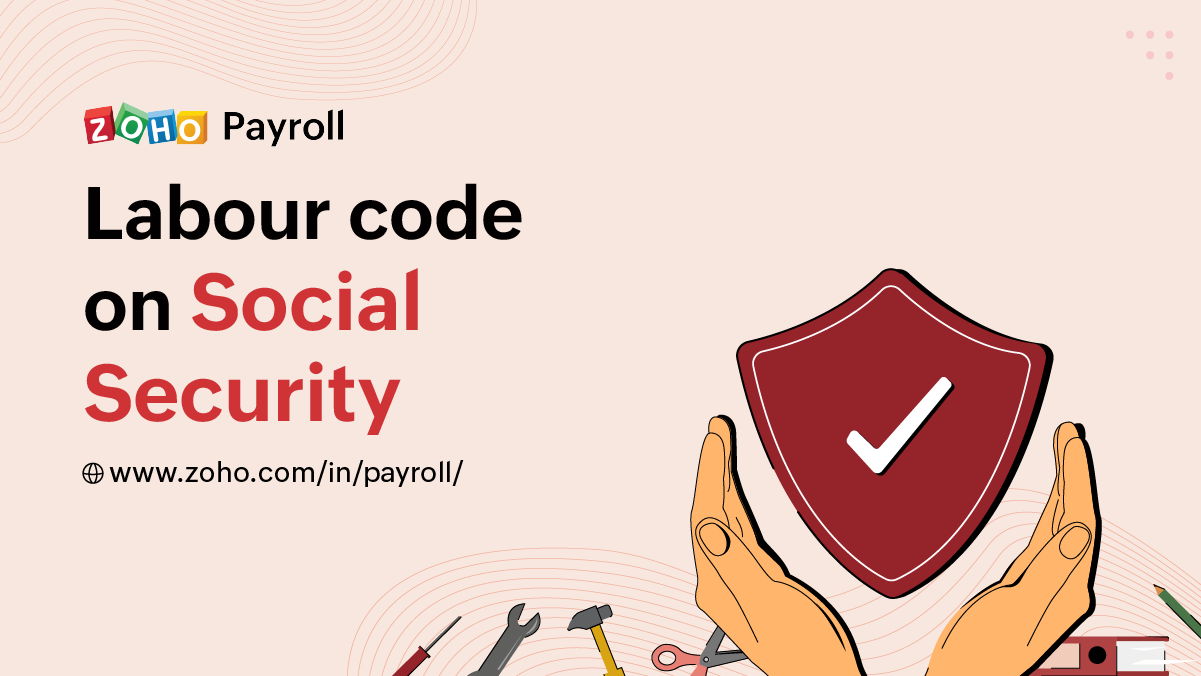 Introduction to the Code on Social Security, 2020

Getting to know the code

Key provisions of the Code on Social Security, 2020

Introduction to the Code on Social Security, 2020

The Code on Social Security, which was passed in September 2020, is one of the four codes proposed as part of the labour reforms in India. While other codes can be classified as a consolidation of more complex acts, this code goes a step further than just consolidation. If the code is implemented, workers from unorganised sectors, gig workers, and platform workers stand a chance to benefit massively as they will get extended coverage from social security welfare schemes. In this article, we will learn about the latest regulations that were proposed as part of the 2020 bill, key highlights of the code, and employer responsibilities and liabilities.

Getting to know the code

One of the fundamental aspects of a quality workplace is the allocation of benefits to the employees. Besides employer-specific benefits, the labour ministry has mandated popular social security reforms that act as a crucial support system for employees either during their active service time or after they are retired. Unfortunately, these labour reforms only covered the organised sectors, leaving many unorganised sector workers without much support.

Additionally, with the emergence of workplaces based on e-commerce and marketplace selling, there has been a steep increase in the variety of jobs that people do. Through the Code on Social Security, 2020, the labour ministry is aiming to form a comprehensive framework that will extend benefits to unorganised sectors, gig and platform workers, and others also. Besides increasing the coverage to different employee categories, there are other initiatives included that will help the employers, like digitizing the entire process from registration to paying dues to filing returns online.

Key provisions of the Code on Social Security, 2020

On inter-state migrant workers: It also includes self-employed workers who have migrated from another state.Gig workers: Freelancers, independent contractors, etc. who engage in hourly or temporary work and share a non-traditional employer-employee relationship are grouped as gig workers.

Platform workers: Workers who use an app or website to get connected to their customers are classified as platform workers. Since many kinds of businesses are beginning to use this approach, the labour ministry is looking to add more categories under this code.

Board members for Social Security governance

Since the 2020 bill is also proposing provisions for gig and platform workers, the governing body under the National Social Security Board is also being extended to monitor the schemes for all categories of employees. The board members will include representatives nominated by the central government.

Five representatives of the state government

Director general of the ESIC

Board members for unorganised workers

The National Social Security Board will also include representatives from the central government:

The number of representatives is increased from 5 to 10 central government officials for unorganised workers.

The number of representatives from the respective state governments has been increased from 7 to 10.

The 2019 bill mandated social security for employees with thresholds based on the size of the organisation or the income bracket of employees.

The 2020 bill applies social security to all establishments. The threshold based on the organisation size alone will be clarified further.

The 2019 bill encouraged the central government to set up social security funds for all.

Authorised social security officers could conduct inquiries related to conflicts of interest for PF and ESI, and could re-investigate some cases related to pending amounts due from employers.

The 2020 bill removes the provision for conducting such audit or review.

Penalty for unlawfully deducting employer's contribution from employees has been reduced from 1,00,000 and 1 year imprisonment to only a penalty of Rs. 50,000.

Gratuity is paid for employees after termination, if the employees have completed 5 years of service with the organisation.

The threshold has been reduced from 5 years to 3 years for journalists.

List of acts that are getting replaced by this code