Here’s something interesting we wanted to share – the little role that Zoho played in the recently concluded US midterm elections.

Dan Centinello, a Campaign Manager, chose Zoho for live analysis & reporting of data on the election day. He stored over 4 million records (rows) of voters’ information in a Zoho Analytics table. And for editing of these records, a Zoho Creator app’s form interface was used. The Zoho Creator app also had a mobile interface form for entering data. The records were looked up (read) and edited upon by around a hundred people simultaneously. The whole Zoho set up served as the backbone for viewing in real time, the stats of all voters as they voted.

The worrisome part about implementing such an unprecedented and aggressive operation is that many things can go wrong unexpectedly. We planned for the worst and made changes if something went wrong with the other 11 elements of our operation; however, one facet that we knew we had no room for error was on the technological side. This was a critical component – we needed to store millions of records that would be continuously updated by over 100 users. Ultimately, Zoho Analytics was the only system I could trust to flawlessly support the aggressive technology we were implementing.

Here’s what the ‘war room’ that Dan set up looked like: 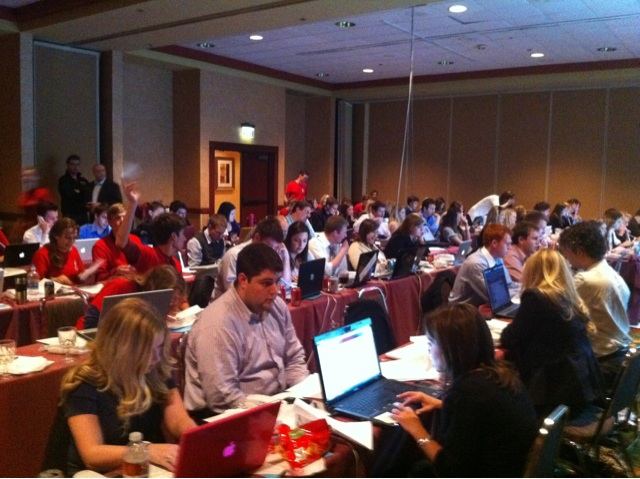 With around a hundred people continuing to enter/edit data through out the day, live & dynamic dashboards from Zoho Analytics were being projected on the overhead screen to see the current position of how the various regions, demographics were doing. 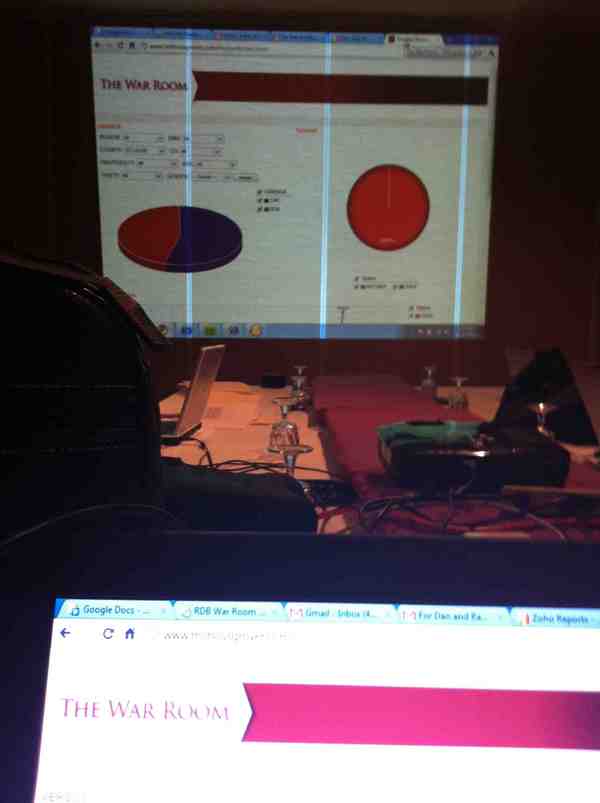 Hope you liked how Zoho’s apps were put to good use by a tech enthusiast. Dan was so convinced by Zoho Creator and Zoho Analytics that he has now chosen to use our services like Zoho Projects, Zoho Discussions etc. Thanks again to Dan for choosing Zoho.

Like Dan, if you need a robust and scalable system for data entry/storage, analysis and reporting, do check out Zoho Creator and Zoho Analytics.

7 Replies to “US Midterm Elections – Zoho in Action”