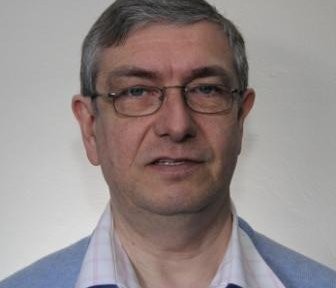 As Philippe Bogard started growing his scientific consulting business, he began collecting thousands of leads. While he did a great job making first contact, he failed with the critical follow up. He struggled to find a solution to collect and manage those leads. He initially started with a Microsoft Access database, but he knew he needed a better solution.

Back in 2004, Philippe Bogard launched a consulting business, Proteomics Consult. Proteomics (check it out on Wikipedia) is the science of discovering proteins. If your genes are your body’s blueprint, then the proteins are the elements that travel across that blueprint.

In the early days of his business, Bogard had only two major clients. At that time it was fairly easy to manage his business relations without a CRM solution. Problem was even though his client roster was short, the leads he was collecting, from all the conferences he was attending, was growing into the thousands.

Bogard tried to manage all the new leads through a Microsoft Access database, but that was just tying all his contacts to a single computer. If he didn’t have access to that physical machine, he couldn’t update or access anything.

No dramatic story here. He just searched for a CRM solution on the Internet and found Zoho.

Bogard’s first real experience managing contacts was with Microsoft CRM. His client at the time was using the relationship management tool so he became familiar with it and tried it for his own business. Unfortunately, and a tad too ironic, was that Microsoft CRM couldn’t seamlessly import Bogard’s contacts from Microsoft Access.

Admittedly not that tech savvy, Bogard reached out to Microsoft for help and they wanted $1,500 to do the import for him.

Microsoft CRM was also costly in terms of physical management, said Bogard. For his client that did use Microsoft CRM, they had only five salesmen, yet they still needed to hire a person full time to manage Microsoft CRM.

For those who argue that Microsoft CRM is easy to work with, Bogard agrees…if you have it properly set up. But that can be very costly in terms of time, energy, and money, said Bogard remembering when his client upgraded Microsoft CRM from version 3 to version 4.

Unlike the headache he had with Microsoft CRM, it took Bogard only two hours to import 7,000 of his Microsoft Access contacts into Zoho CRM. That happy user experience, especially for an admitted non-techy, was what sold Board on Zoho CRM. After he finished the import he realized he probably could have done it even faster if he signed up for the paid version. But since he was initially testing the free solution, he could only import 1,000 contacts at a time.

Bogard is thrilled with how efficient he has become now that he’s adopted CRM into his daily routine. Or more how CRM has adopted him.

Unlike in his Microsoft Access days, Bogard has a better view of what’s going on with his business. “When you contact customers you easily forget to call a customer back in a couple of months,” Bogard said. “I don’t forget anything with CRM, it reminds it for me.”

If Bogard didn’t have a CRM solution he believes he’d be wasting an additional two hours every day just trying to make sense of his contacts and their current status. And that time and the reminders are precious to Bogard. Being almost sixty he admits that his memory is getting worse.

“Having a system that’s thinking for me is beautiful,” Bogard said.

Do you adopt CRM or does CRM adopt you? by zoho