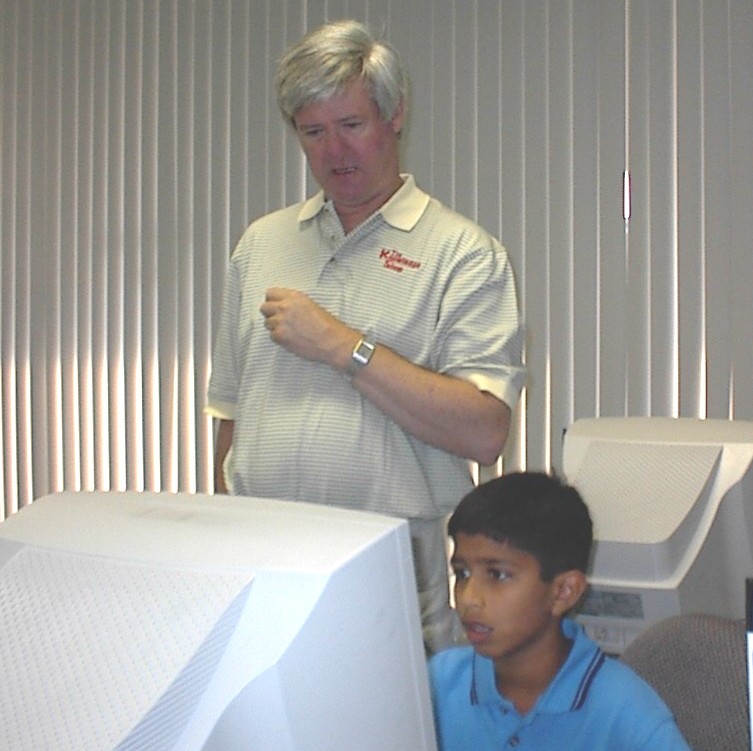 Dennis Freeman leans on Zoho CRM to help him quickly match his nationwide network of vendors, a.k.a. “Homework Coaches,” with prospective clients. The faster and more accurately he can make a match, the better his chances of landing a sale.

Dennis Freeman is the director of The Homework Coach, a tutoring service that focuses on the overall success of the child. They specialize in students with ADHD issues, and students who need help with basic school organizing and getting prepared for tests.

The core of Freeman’s business, and his greatest cost center, is the ability to match those students who need help with nearby tutors. This requires a massive database of talent all searchable by location. In 2002, when Freeman began his business, he used Act as his contact management system, as he was familiar with it from using it at a previous job. As long as his business was just him, Act worked fine, but when he hired some more people, then it got really clunky.

“What seemed then magic, but in retrospect is extremely clunky, is the way of synchronizing databases,” said Freeman. “Everybody ran their own desktop version of Act. And you had to synchronize it every morning when they started work, and every evening when we stopped work. Half the time it didn’t work and you had to send the sync again.”

“I was looking for a way we could all communicate on the same data and have it instantly updated which is just impossible when you’ve got one database sitting on one desktop and you have to synchronize between the various people accessing it,” Freeman said.

By 2008, SaaS model solutions became more apparent. Freeman was at the time a user of Google Documents, so the idea of data being in the cloud where multiple people could access it made sense to him.

While not an admitted techie, Freeman has had to act as his own IT guy for his company, and for that he tries to keep up on the latest tech news. Freeman hadn’t even heard of CRM before, yet he read about Zoho CRM in a TechCrunch article.

Freeman looked briefly at Salesforce, but it was very enterprise focused and too expensive for him. And he looked at a couple of others for which he can’t even remember their names.

What Freeman liked most about Zoho CRM was that he could try it at no charge and the price was right. He tested it out by just uploading his data from the Orlando, Florida market. Once he was comfortable with that, he uploaded his entire database. The product totally fit his needs and he could customize the data. For example, the entire vendor module could be renamed appropriately as “Coaches.”

“Zoho helps us find that tutor more quickly, and so we can get back to the client quickly,” said Freeman of the ability to make matches thanks to Zoho’s locate map feature. Even if he doesn’t know an area, he can see which tutors are physically close to a prospective client.

Freeman realizes that people often make multiple requests for tutors. If he can fill out a request faster and better than his competition then he’ll get the business.

Not only does the mapping feature help, but also the ability to bring in talent and leads directly into Zoho CRM. Freeman uses Zoho Recruit to advertise for tutors, and Web to Lead for prospective clients. In both cases, when a web form is filled out the information goes directly into Zoho CRM for which Freeman or his associates can take immediate action.

The major expense is setting up the client, said Freeman. Anything he can do to speed up that process, he’ll do. This makes his job easier, less costly, and more competitive.

“You have to go with something that’s relatively low risk and see what works for you. It’s clear that Zoho understands that because they don’t lock you into a one year or even a three month contract. You can get out whenever you want. What they also do is they let it be free for the first three users. Zoho really understands what a small business has to do which is try something at low risk so if it doesn’t work you can get out and try something else,” said Freeman.

Turns out it’s worked out for Freeman. “We’ve become more competent in the way we do business by having good tools. And Zoho is definitely a key part of what we do,” Freeman said.