War heroes are made of the same flesh and blood as anyone else.. It’s a miracle fiber called courage that makes them stand apart.

Only one emotion comes to mind, when we think of those people, who take up the endeavor to scourge every last bit of information on forgotten heroes and sons of the soil, and put them together in one place, making it easier to lookup relevant information within seconds. Respect.

A small group of people from Indiana, headed by Jim West, who even at the age of 60 has the enthusiasm of a 6 year old, has been doing some exceptional work. They have put together all the details they could find about the

under one place. Their site has been serving as a knowledge base for quite some time now. Their site is the largest in Indiana (excluding commercial), at more than 50 Gigabytes of pure history.  No comments, no interpretation, just history.

is used in numerous libraries, schools and colleges, and is a reference for the U.S.Military.  For family members attempting to research their loved one’s past, this is a blessing. 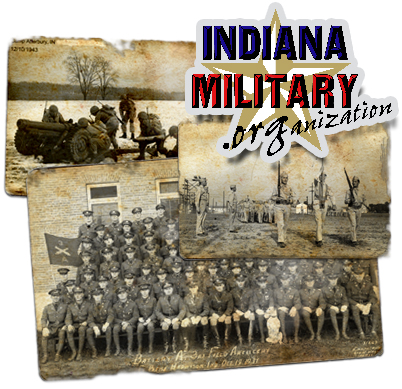 
In Jim’s words: “We are re-constructing Rosters of Veterans of the major Divisional units that trained in South Central Indiana during both World War II and the Korean War.At the close of the wars, the US Army destroyed all official rosters.As our data increased in size, it was becoming more and more difficult to present them on the website, and the DBF format did not have any SEARCH capability. It was particularly difficult for those viewers without high-speed Internet connections and a lot of patience. “

Jim and his team were looking for a software that could help them with their most important need – the ability to search through 30,000 plus rows of data – pronto. The visitors to their site found the process of waiting for all the records to load and then manually search through rows and rows of data to be extremely cumbersome and left abruptly.

What they really needed:


The solution needed to be easy to work with for even non programmers. They did try out a couple of other solutions but nothing worked out to their expectation. They were struggling to cope with the size of the data, maintaining it and trying to present it on the website. If their situation was not resolved, they were left with the only option of removing it all from public view.  As a last resort they turned to good old internet search and found Zoho Creator. After a brief trial, they realized that Zoho Creator fit the bill perfectly.

How did Zoho Creator add value:

To date most of our experience was in page building, and we stayed away from databases, due to our perceived notion of the difficulty in including them on the site. Zoho Creator has changed all of that.We could not be more pleased with both the software and the support.We can focus on gathering history, instead of attempting to learn software. – Jim West, Webmaster, Indiana Military Organization

It brings us a strange warmth in the heart when we find that, through us, they have been able to present to the families of Veterans, information that they may not have previously had for their husbands, fathers, brothers and sisters.It’s only natural that as the popularity of the site spreads, more improved and corrected data would be updated. We also heard that the personal accounts and diaries on the site are used by the military schools in their study of past wars and battles.

We were taught about giving back to the society in our schools. What better way to do that than support such a noble initiative. We at Zoho Creator are proud to be associated with Indiana Military Organization.