much more. We spoke to Damian Costantino, the organization’s IT director who’s responsible for networking communications, system administration and database creation. 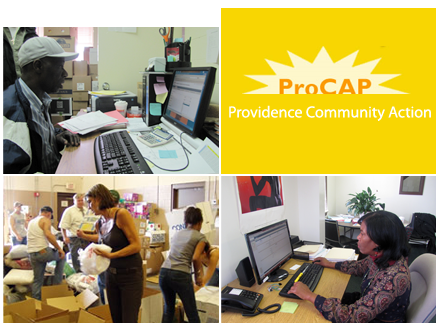 Damian had implemented an application using Zoho Creator, and they had about five users using it extensively. These five users in turn would deal with 100’s of clients. Damian, being the database administrator, was very well-versed in programming languages like Python and SQL, and had previously experimented


Complexity was not a concern, but the cost certainly was. They wanted something affordable, yet robust, especially because they were operating from four different locations, but not on the same VPN. No client should be serviced at more than one location, and details of the services provided had to be reported to their funders and agencies which refer clients.

“What I like most about Zoho Creator is that you can make it as
complicated as you want or drill down as you want. The limit is what you
put on it.” – Damian Constantino, IT Director

The integration between Zoho Creator and Zoho Analytics is what they use extensively, second to sharing forms. Damian has made union queries a big part of the reports they generate, so that the graphical representation of data is self-explanatory; people don’t have to filter data. He says this application has improved their data collection and reporting efficiency 100%. They also appreciated not having to configure a connection to a back-end database and constantly ensure the connection is sound. Eliminating usage complexities for those who collect and report on data is an advantage with Zoho Creator, he said.


Zoho Creator turned out to be all that they were looking for in a database application,
efficiently refining the way they collected and reported on data. We’re also proud of the fact that Damian, a system administrator and a
network engineer who holds data security as a primary responsibility trusts Zoho Creator with their organization’s sensitive
data.

Watch out for some more myth-busting stories about Zoho Creator. Coming soon.