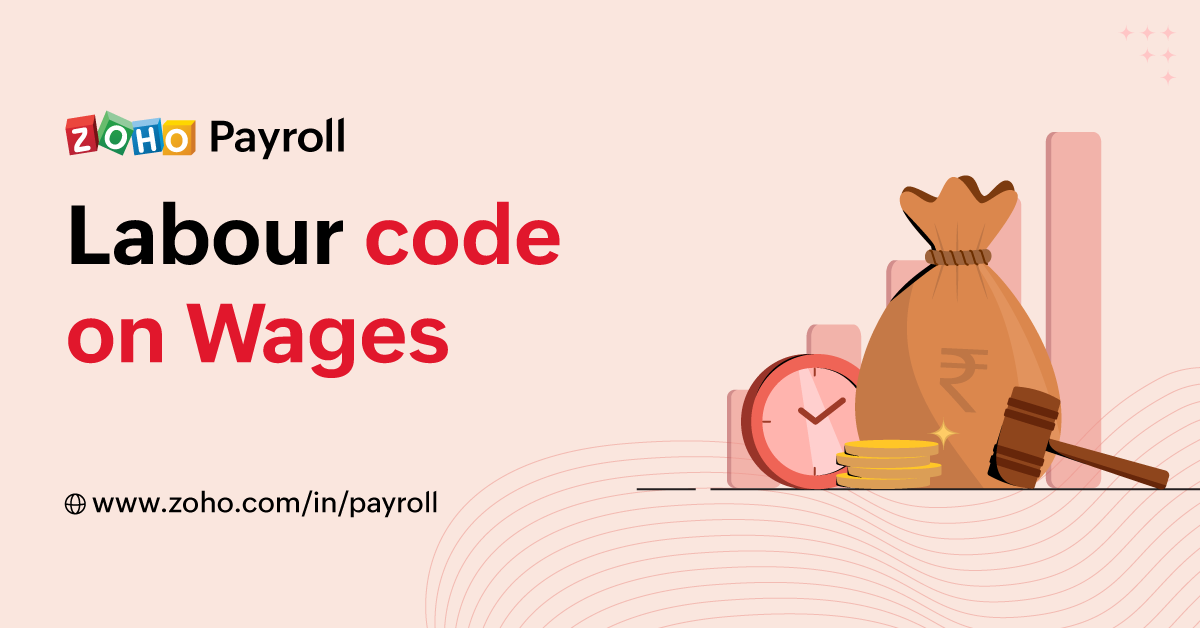 Why is a new Code on Wages being proposed?

Key definitions under the Code on Wages

Proposed changes to the existing regulations

What are the employer's liabilities?

Why is a new Code on Wages being proposed?

Up to 80% of India's total workforce—approximately 300 million workers are not covered by any social security measures despite the existence of rules about the rights of employees to minimum wages, bonus eligibility, and equality in pay. The majority of the people who aren't extended any of these benefits work in the unorganised sector. To curb employee exploitation, and to consolidate the vastly different region-wise labour laws, the labour department has proposed a new Code on Wages.

After receiving approval from both houses of parliament, the Code on Wages, 2019 is currently in the draft stage and on its way to be implemented by financial year 2023. The new code is primarily aimed at reducing the complexities of four existing regulations: the Payment of Wages Act, 1936; the Minimum Wages Act, 1948; the Payment of Bonus Act, 1965; and the Equal Remuneration Act, 1976.

There's also a renewed focus on other important factors such as expanding the definition of employee and employer, achieving equal coverage across organized and unorganized sectors, and increasing the contribution towards social security funds.

In this guide, we will learn in depth about the new Labour Code on Wages, 2019; understand the changes to the fundamental definitions of wages, employees, and employers; and also learn about the additional proposed changes that stand out from the current regulations.

The new unified definition classifies wages under three categories: inclusions, exclusions, and conditions governing the exclusions. The inclusions are basic pay, dearness allowance, and retaining allowance in some cases.

The exclusions consist of:

Statutory bonus-value of house accommodation or supply of water, light, medical attendance or other amenities-employer's contribution to provident fund, or pension and interest accrued thereon

Retrenchment compensation or other retirement benefits or ex gratia payments

Since most employers offer these benefits under allowances, there's also a condition governing these exclusions: all these exclusions should not contribute more than 50% of the overall remuneration. If the exclusions exceed that threshold, the exceeding amount will be treated as wages. This is to ensure that companies don't reduce wages and increase allowances.

By doing this, the labour department is aiming to increase the contribution towards social security benefits and retirement benefits, as these are calculated from core components and not from additional allowances.

Key definitions under the Code on Wages

Includes any place where any industry, business, trade, occupation, or manufacturing is run. This also includes Government organisations.

Any person with ultimate control over the work that goes on within any establishment, It can also include delegated authorities in the form of managers or managing directors who have been asked to oversee the operations within the establishment.

Any person employed by an employer for salary to do skilled, semi-skilled, unskilled, manual, operational, supervisory, managerial, administrative, technical or clerical work.

Exclusions: Does not include apprentices, or members of the armed forces.

Any person employed in any industry to do skilled, semi-skilled, unskilled, manual, operational, supervisory, managerial, administrative, technical or clerical work.

Exclusions: Does not include apprentices, or members of the armed forces.

Any person who takes up a job with any establishment, to deliver expected or given results. It also includes sub-contractors.

Proposed changes to the existing regulations

The minimum wage scheme is now extended to all types of employment and is not restricted only to scheduled employment.

9 hours in total (8 hours of work time with an additional 1 hour for breaks).

The existing regulation just mentions 9 hours; the new code adds an explicit mention of the breaks.

Criteria for determining the minimum wage

The new code on wages includes other contextual factors besides type of employment, such as skill set, geography, and working environment.

Overtime wages cannot be less than twice the normal wage.

The central Government will revisit the national floor rate for minimum wages.

State governments will fix minimum floor rates which cannot be less than the minimum wage.

Periodic review/revision of wages should happen within 5 years after the introduction of this code.

The Payment of Bonus Act

Applicable for all establishments with 20 or more employees. There are no changes to the slab rates on minimum bonus (8.33%), or maximum bonus (20%).

The bonus amount paid should be higher than the minimum wage, or the floor rate or the wage ceiling for any state.

Applicable to all establishments, and no discrimination should be made in the terms of employment based on the gender of the employees.

The Payment of Wages Act

All establishments that are covered under the respective industries and factories under the existing act.

Employers should strictly follow the below timelines for paying salaries, based on employment type

Daily wage worker: At the end of the shift

Employee receiving weekly wages: On the last working day of every week

Employee receiving fortnightly wages: On the last working day of every fortnight

If an employee is removed, retrenched, terminated, resigns or becomes unemployed, the salary settlement has to happen within the next 2 days. Previously, there wasn't any timeline.

The timeline for claims for minimum wages, filing, or bonuses has been increased from 2 years to 3 years to give more time for employees.

Correct payment of minimum and overtime wages, within the prescribed timeline based on the employment type.

Compliance with regulations regarding work hours to avoid exploitation of employment.

Maintenance of employee registers electronically or as a record book.

For payment of dues on death, payments should be deposited to the deputy chief labour commissioner in the absence of a specified authority within 3 to 6 months.

If the wage paid is less than the recommended wage slab

For repeated breaches, the penalty extends to imprisonment for 3 months, with a fine of Rs.1,00,000.

Breach of any other rule under the code on wages

For repeated breaches, the penalty extends to imprisonment up to 1 month, and/or a fine of up to Rs. 40,000.

These workers are largely outside the control of Government regulations and work in minor business units, often without any assurance of compliance and benefits (PF, overtime, paid leaves, holidays, etc.)

Official Journal of the Government of India

A public officer whose employment or appointment is recorded in the official records of the Government.

Something that's made by hand or by machine.