How Do I Secure My Webhooks in Zoho Subscriptions?

Securing your webhooks can help verify that the webhooks were actually sent from Zoho Subscriptions.

To secure your webhooks: 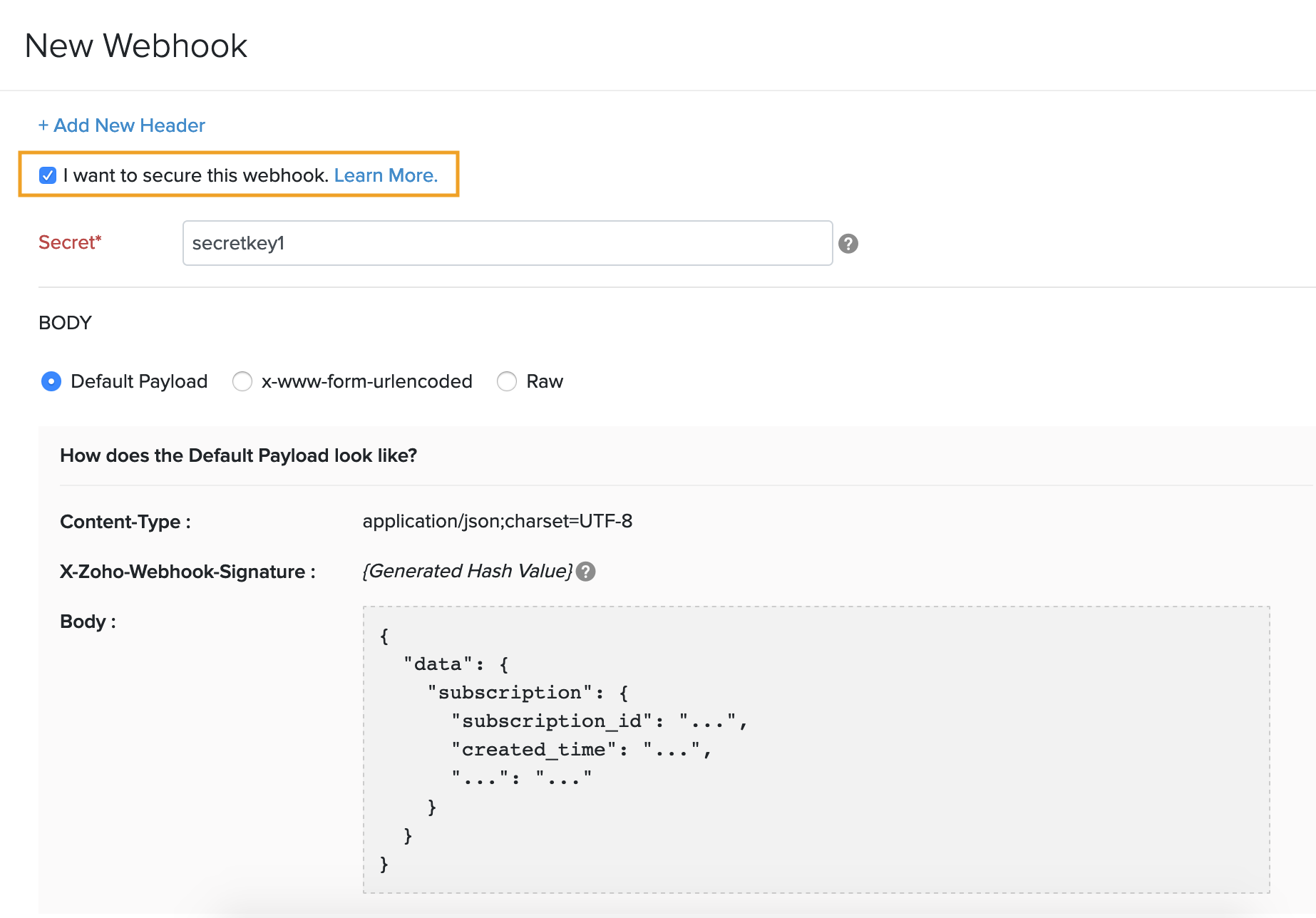 Insight: This token will be used to compute a hash value and hence, you will have to ensure that the same token is available on your server to compute a similar hash value.

Now, the webhook will be sent with a hash value in its header (X-Zoho-Webhook-Signature).

Validating the Webhook from Your Side

When your server receives the webhook, a hash value will have to be generated for the payload, in the same way that Zoho Subscriptions generated it. This is necessary to produce the same hash value to validate the webhook.

The following parameters (if available) need to be used to generate the hash value:

Points to remember while constructing the string:

Once you’ve sorted the key-value pairs and constructed the string, append the raw JSON to the end of the string.

Warning: If your payload is in the x-www-form-urlencoded format, then the entire string must be decoded before generating the hash value.

For example, this is how you’d construct a string for a webhook with query string parameters and a default payload:

Here’s another example for a webhook that contains query string parameters and an x-www-form-urlencoded payload:

Warning: If one of the key value pairs contain spaces, the spaces must be inlcluded as well in the contructed string, as seen in the example above with the “Monthly addon” key-value pair.

The hash value can be computed by applying the HMAC-SHA256 algorithm on this string, along with the secret token that was used in Zoho Subscriptions.

You can then proceed to validate the webhook by checking if the hash value computed form your side matches with the one in the header (X-Zoho-Webhook-Signature) of the webhook from Zoho Subscriptions.

Oops! We didn't catch your name.

We can wait. Take your time to draft us your feedback.

Thank you for your feedback!

Available on iOS and Android

Uncomplicate Subscription Billing for your business.