What is a debit note?

Debit notes are usually issued to rectify erroneous values recorded in previous invoices. For example, if a product costs Rs. 450, and the invoice is wrongly recorded as Rs. 400, then a debit note of Rs. 50 is issued by the seller.   At times, a debit note may be issued by the vendor to request a credit note from the customer. GST tax invoices cannot be changed once they’re uploaded on the GSTN portal, so if changes need to be made, debit notes are issued.

When is a debit note issued?

A debit note is issued when the recipient owes the supplier. Here are some cases:

Format of a debit note

Based on the rules prescribed by the Government, here is what a sample debit note will look like in the GST regime: 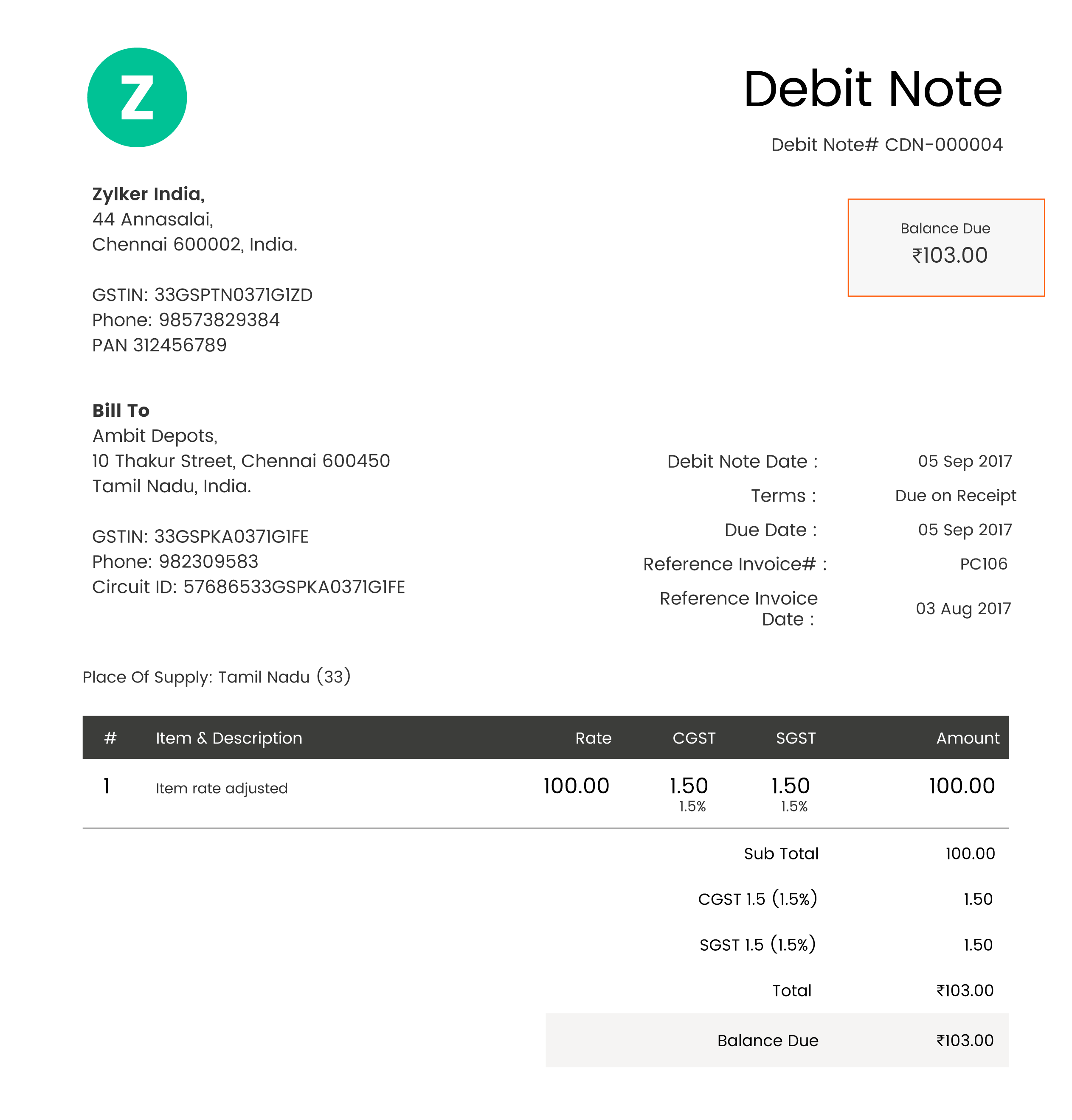 The supplier should furnish details of a debit note while filing returns for the month in which the debit note was issued. The tax liability will be adjusted accordingly.

There is no time limit to issue a debit note. However, once a debit note is issued, the supplier should declare it to their monthly return no later than the following month.

The debit note details should be furnished either by the September following the financial year in which the sales transaction was carried out, or by the date of filing of the relevant GSTR-9 annual return, whichever is earlier.

If the seller does not adhere to the time limit, the debit note may not be considered for adjusting tax liability.

A debit note should prominently contain the words ‘INPUT TAX CREDIT NOT ADMISSIBLE’, if it’s issued in the following cases:

Was this article helpful?       Yes     No
Let us know where we can improve
x
By clicking Submit, you agree to our Privacy Policy.
Thank you for your feedback!