How do I monitor the status of my estimates/invoices?

It’s possible to view the real time status of all your estimates and invoices. To do this, go to the estimate/invoice column which can be found on the panel to the left on the Home page of Zoho Invoice, and select the drop down to view the status divisions.

Estimates can be viewed according to whether they’re ‘Sent’, ‘Accepted’, ‘Declined’, ‘Invoiced’, ‘Client Viewed’ or ‘Expired’ (Note : An accepted estimate might show up under all three of ‘sent’, ‘accepted’ and ‘invoiced’ categories’). 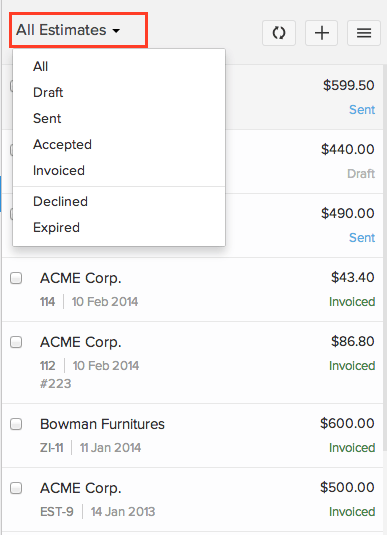 Invoices can be viewed according to the level of payment completed on them (Partial, Full, Overdue, ‘Client Viewed’, or Unpaid) 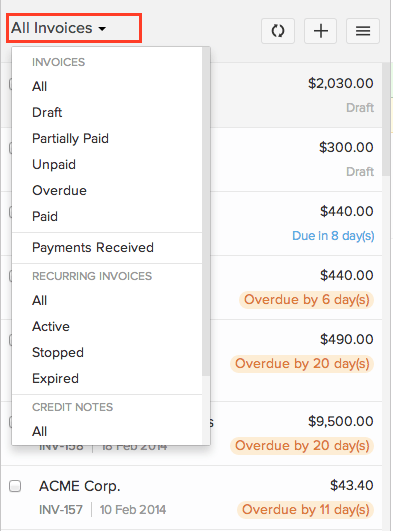 Thank you for your feedback!
TOP